In an alternate, Posnanski-inspired universe, this is how things would have gone down for the Red Sox.

Share All sharing options for: When the Red Sox ended the Curse of Babe Ruth in 2007

You remember the celebration. Curt Schilling holds a bottle of champagne, yelling into a group of Red Sox ready to explode. "To the greatest Red Sox team of all time!" he yells. Everyone goes nuts, there are some tears,, and the "curse" of the best left-handed hitter in history was finally lifted over Boston.

It was a celebration 61 years in the making. The year was 2007, and the Red Sox had won their first championship since 1946.

This is your world without playoffs. The idea to skip a postseason, well known to fans of the Premier League, was floated by Joe Posnanski for baseball this week. Pos notes that only three teams with the best record in baseball since 1990 have also won the World Series: The 1998 and 2009 Yankees and the 2007 Red Sox (who tied with Cleveland but had a better head-to-head record and run differential). In this world, Dave Roberts pays for his local meals but J.D. Drew does not. Barry Bonds and Ted Williams are both world champions, Bill Buckner and Nelson Cruz are disasters that never happened, and you get a lot more sleep in October.

This is an obviously better way to determine a better baseball team than a cold-weather tournament at the end of an exhausting season, but it's not foolproof, which is the whole reason we have Pythagorian records. In his comparison to the Premier League, Posnanski acknowledges that the Champions League tournament fills this particular itch across the pond, and suggests twin regular-season and postseason titles to give regular season champions their due, only because his ideal system-no playoffs whatsoever-is just too darn unthinkable.

Let's think about it. Under that system, 2004 never happened. That's bad. But it brings some glory to the 1946 squad and in so doing obliterates the curse of you-know-who, and maybe takes Dan Shaughnessy's career with it. That's good. 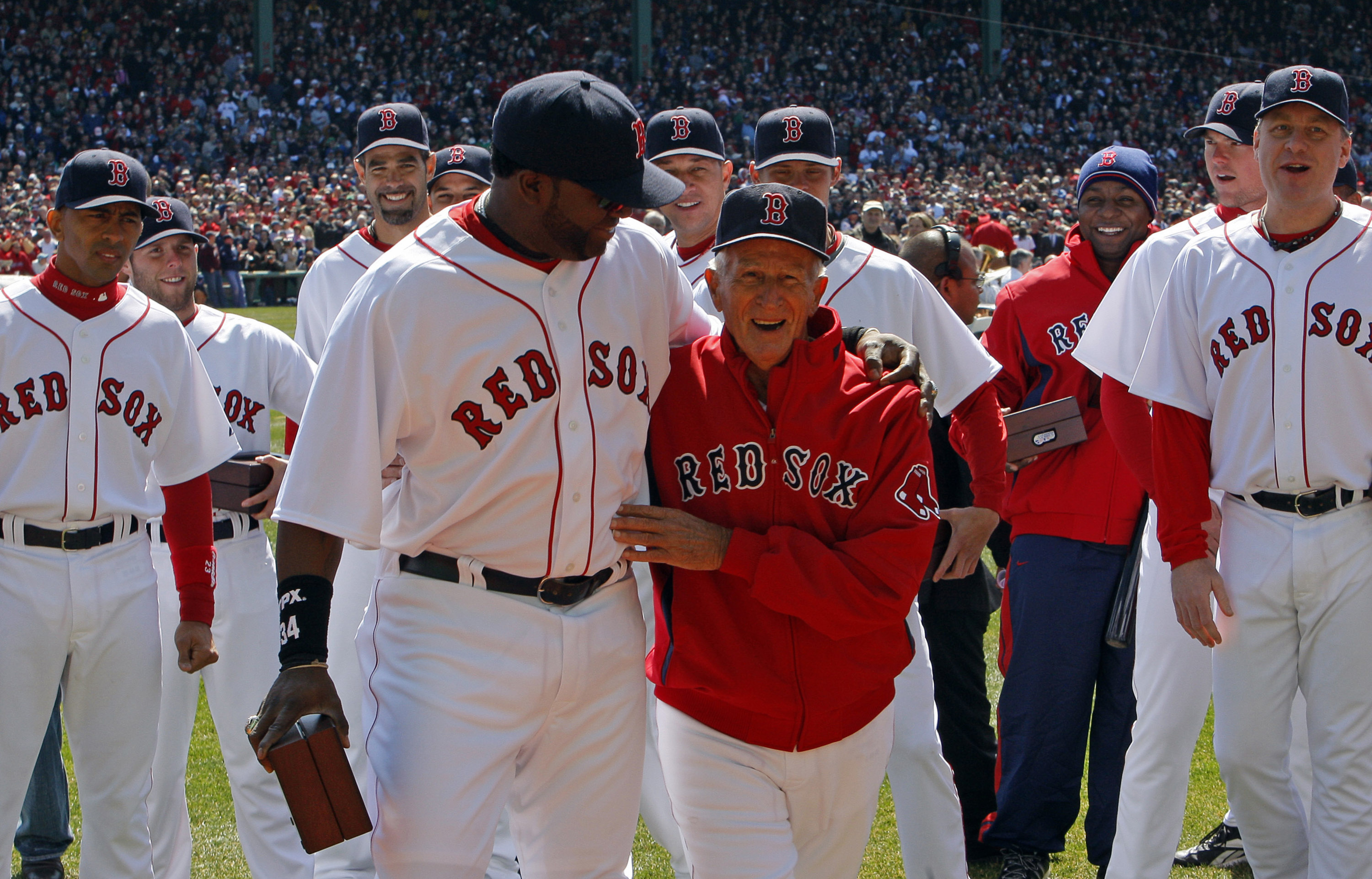 It also erases the unthinkable 1946 World Series, the details of which can still make you wince. Williams was the season's runaway MVP in his first season back from the war, hitting .342/.497/.667, but hurt his hand in an exhibition game between the end of the regular season and the World Series, where he was ineffective. That wasn't the worst part: Enos Slaughter, a man with Sandoval speed, scored from first in the eighth inning of game seven to give the Cardinals the title.

The Red Sox would get their revenge 58 years later, lifting the curse of Teddy Ballgame, when their 98-win wild card squad would pummel the 105-win Cards in the World Series, but they wouldn't actually lead Major League Baseball in wins until 2007. At this moment, they lead the league with 20 wins, but the old Bill Parcells adage applies -- They've just got to make the tournament, because it's gotten bigger and more capricious than ever.

The current system dilutes the impact of eight months' worth of work, but fear not: the baseball season's advantage is its fat middle, and always will be. The postseason is just the annual fundraiser. It's where fools at TV networks are parted from their money for games that are no fundamentally different than games in May. The people who fetishize the World Series love the drama, and the drama is a gateway drug for kids, some of whom pick up a bat and ball and become players themselves. Eventually some of them will fit inside your television, fighting for Commissioner's Trophy. If we mistake October excellence with overall excellence, it's a trade off I'm willing to make. As long as they're on that field all summer, I'm not complaining.