It's rare to have minor-league footage, but with footage comes GIFs and embeddable videos.

You hear about minor-league homers all the time, but seeing them is another thing. Unless you go to games or have access to the minor-league version of mlb.tv, then you're mostly getting your news about homers from stuff like our Minor Lines series. Every now and again, though, some videos find their way on to milb.com, and one of the most recent is a home run from Red Sox prospect Jackie Bradley Jr.

This, of course, is an opportunity to make GIFs:

And a slow-motion side view of the swing that put that ball over the fence: 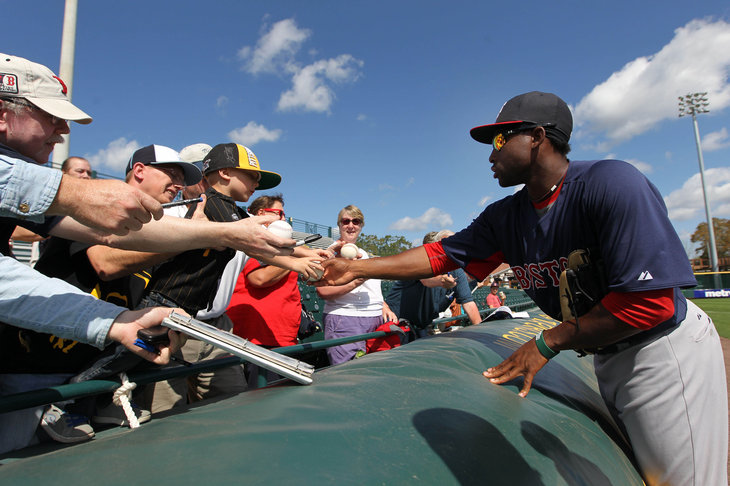 With Shane Victorino on the DL, Boston needed another position player around.

Bradley has hit two homers with Pawtucket, and is at .354/.457/.544 in 95 plate appearances at the level this season. He struggled at the big-league level to begin the year, but maybe that month-plus in the minors -- a stretch that secured his services into 2019 -- did him some good developmentally. Will Middlebrooks only logged 100 plate appearances with Pawtucket in 2012 before he was called up to the bigs, and it seemed to be enough. Not to equate the two, just to say that it's certainly a possibility to be ready enough after limited exposure.

With Shane Victorino expected back once he's eligible to come off of the DL, though, if Bradley doesn't hit, it's something the Sox will only have to deal with temporarily. You hope, though, that he can string together some hits and head back to Pawtucket in a couple of weeks looking better than he did back in mid-April.