The former Red Sox closer blocks his old club with his long-term contract.

Jonathan Papelbon left the Red Sox for the Phillies following the 2011 season, and is signed with them through 2015 with an option for 2016, with each season at $13 million. This lucrative long-term deal also includes a no-trade clause that covers eight different teams, and in news that's surprising, but maybe not all that surprising, one of those teams is his former one. 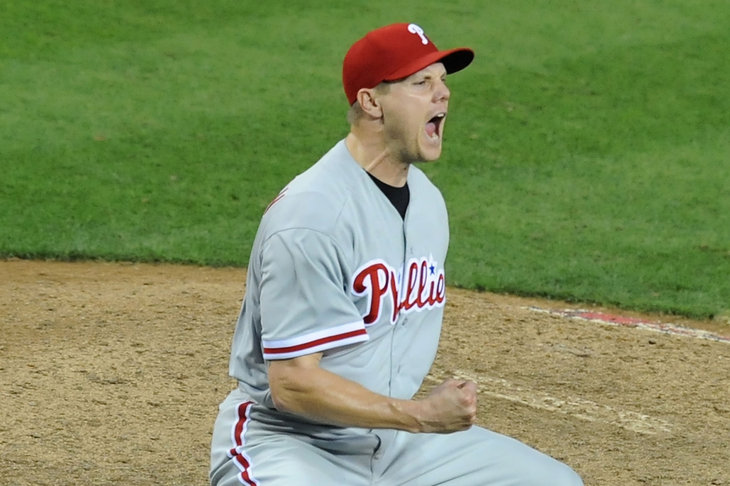 There has been some retroactive second-guessing of the decision to let Jonathan Papelbon walk. Is that criticism deserved, though?

The actual clubs on the list are unknown, but WEEI's Rob Bradford has word from a source that one of them is indeed the Red Sox. Given his quick exit from the city the moment he was granted the freedom of free agency, you might think it's a grudge thing against the team that he never signed a long-term deal with. However, Papelbon didn't rule out pitching in Boston once again, and as Bradford notes, it's likely the same reason that many players put a team like the Red Sox on their no-trade list: as leverage to improve their own situation if traded.

The Phillies have an old, aging roster, and while it's still got some talent now, things could change shortly. Papelbon very well might be dealt before his contract is over, simply as part of a rebuild or youth movement. While it's tough to know if the Red Sox would be interested, or what the hypothetical 2015 price would even be, it's a bit comforting to know that at least Papelbon's contract status is due to business -- as it's always been with him -- and not because he hates the club that brought him to the majors.