Red Sox strikeouts have not been an issue

The Red Sox have enjoyed a great start to the season, despite their lineup piling up strikeouts at a high-rate. What is keeping their lineup above-average?

Share All sharing options for: Red Sox strikeouts have not been an issue

With yesterday's 9-3 victory over the Phillies in their first interleague game of the season, along with the Yankees falling to the Mets, the Red Sox find themselves sitting by themselves atop the standings in the AL East. Now with a 32-20 record, it has been a phenomenal start of the season for a team that many expected to hover around .500 while maybe contending for a wild card spot. Even with that, there have been a few negatives that some have pointed out, including Felix Doubront, Jacoby Ellsbury (though not lately), and Will Middlebrooks. One negative that I have heard discussed recently on a team level has been the lineup's proclivity for strikeouts. While they've struck out more often than most teams in the league, is it truly an issue?

In terms of sheer number of strikeouts as a team, the Red Sox find themselves with the third most in baseball, behind only Houston and Atlanta. Taking into account the number of plate appearances brightens the picture for Boston a bit, though it's still not great. The Sox are sitting tied for eighth in baseball in strikeout-percentage at 21.4 percent. Whichever way you look at it, though, it's clear that the Red Sox are striking out a lot compared to a typical major-league team.

Looking at the roster, there are a few major culprits who are causing this, as they have four players with a strikeout-rate of at least 30 percent and at least 50 plate apperances. This doesn't include the struggling Middlebrooks, who is sitting just below that mark at 29 percent. The face of strikeouts on this team is Jarrod Saltalamacchia, who has struck out in one-third of his plate appearances this season. 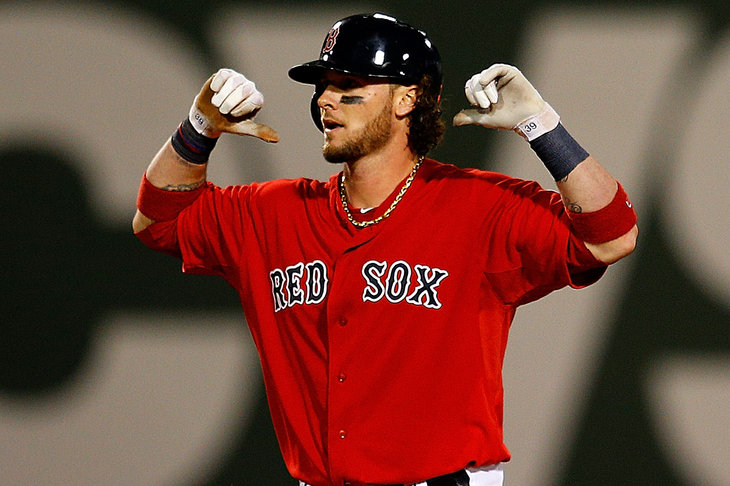 Jarrod Saltalamacchia has been striking out in over one-third of his plate appearances this season, and it's clouding many people's judgement on him. It's time he gets the credit he deserves for his productive season.

The thing is, this is not the end of the world by any stretch of the imagination. Even Atlanta, who is second-worst in the league in both strikeouts and strikeout rate have been fine on offense, with a 104 wRC+ as a team. Additionally, the Indians have a slightly worse strikeout rate than Boston, and they've been surprisingly explosive on offense with an MLB-leading 115 wRC+. Looking back at the five worst teams in strikeout rate from the last five years, 10 of them finished in the top half of the league in runs scored. Those 10 teams include the 2010 Rays, who scored the third most runs in all of baseball while striking out at the third highest rate. Clearly, strikeouts aren't an offense killer historically, and haven't been for the Red Sox, either.

Despite the high number of strikeouts, Boston's lineup has still scored the third-most runs in all of baseball, and their 105 wRC+ is tied for sixth-best. There are a few different reasons for this, including the situations in which they are striking out as well as their other offensive skills.

In most cases, a strikeout is no worse than any other type of out. It may be less aesthetically pleasing and more frustrating, but either way the end result is the same. When strikeouts are bad are in big situations, especially when there are runners on base. The Red Sox have avoided strikeouts in those situations thus far. Most of their Ks have come in low-leverage situations, where their rate is at 24 percent, compared to 21 percent in medium-leverage and 22 percent in high-leverage situations.

A better way to show how they've struck out at the right times is looking at their splits based on where runners are. With the bases empty -- the most ideal time to strike out if it's going to happen -- the team has struck out 26 percent of the time. Once a batter reaches base, and a ball in play can move him over, the strikeout-rate drops all the way down to 20 percent. When a runner is in scoring position, the rate stays the same as with runners on base. Finally, with a runner on third and less than two outs -- aka a sac fly situation -- Boston batters have struck out just 21 percent of the time. So, though the team as a whole has struck out more than most teams, they are mostly coming at times when a strikeout isn't too much different than any other out. 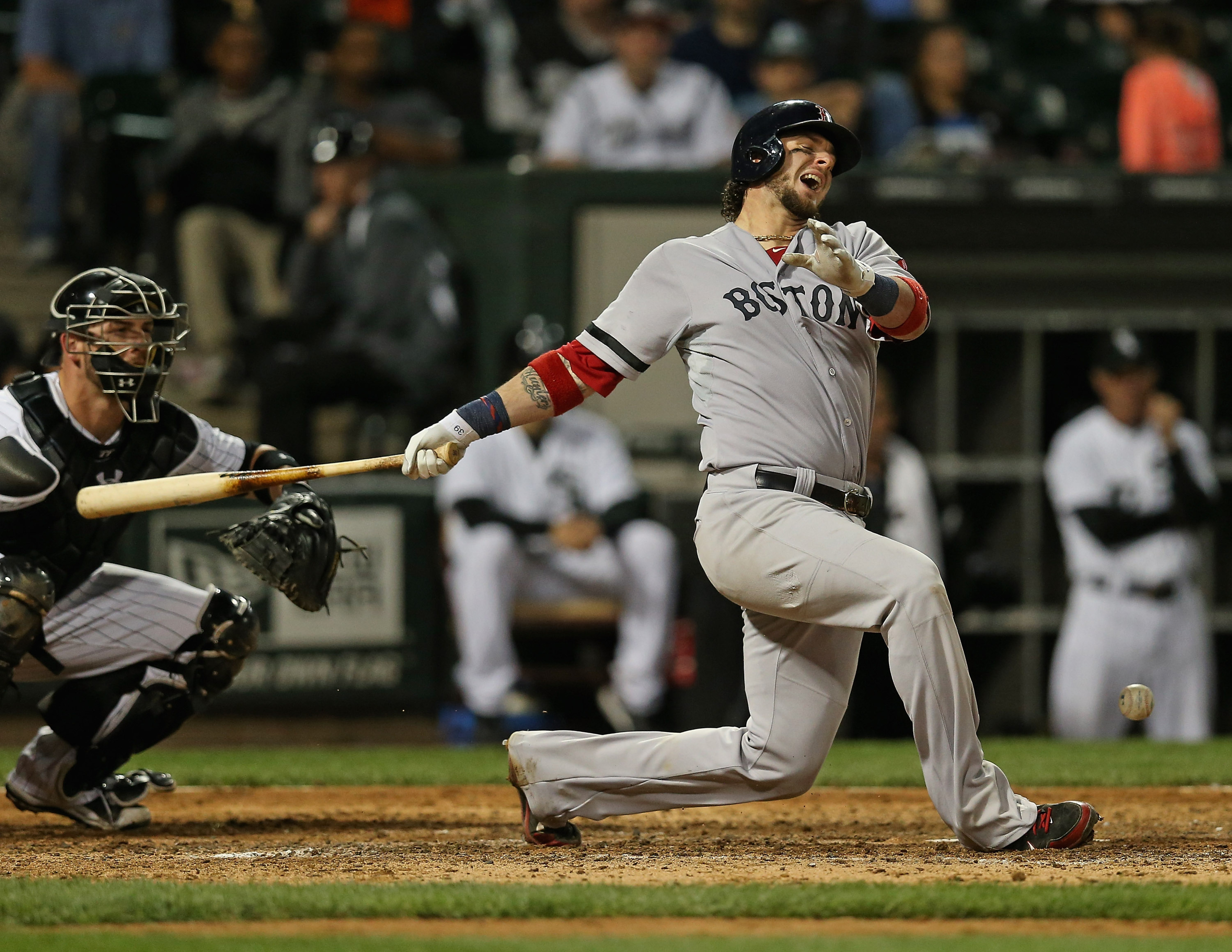 The high number of strikeouts also doesn't imply poor plate approach, as the Red Sox have shown time after time this season. They have displayed an incredible ability to take pitches and draw walk, as shown by their MLB-leading 10.4 percent walk-rate. This has led to them boasting a .343 OBP, good for second in all of baseball behind the Tigers. It's a great change of pace after last year's disaster of a team struggled so much in this department. When that ability to get on base is combined with a seventh-best .166 isolated power, you get a good offense regardless of strikeout tendencies.

Of course, it would be a good thing if the lineup was able to reduce their strikeout rate at least somewhat. If they could keep everything else constant, it would result in a better offense and a better team. As things stand the Red Sox can still boast an impressive lineup that just happens to strikeout some. With guys like Saltalamacchia, Middlebrooks and Mike Napoli on the roster, the strikeouts aren't going to stop. However, if Boston can continue to limit their strikeouts to unimportant situations while they keep getting on base and recording extra base hits, the offense will be fine. Strikeouts aren't fun to watch and it's easy to complain about this team's proclivity for them, but the truth is that they haven't been too affected by it.