Who will Franklin Morales replace in the Red Sox bullpen?

With the lefty returning on Tuesday, someone is going to have to leave to open up a spot.

Share All sharing options for: Who will Franklin Morales replace in the Red Sox bullpen?

The Red Sox will face a decision on Tuesday, when left-hander Franklin Morales finally joins the 2013 squad after months nursing injury and rehabbing. He'll be heading to the bullpen, but the Red Sox roster is already full up, and has a short bench thanks to a combination of Shane Victorino and Will Middlebrooks hitting the disabled list just days before Clay Buchholz was scratched from a start. What this means is that a pitcher will have to moved from the big-league roster in order to open a spot for Morales.

Just who that will be is the question of the day. Andrew Miller has been good enough since 2012 that, if the Sox are finished with him, they will likely package him in a trade somewhere. Andrew Bailey, Junichi Tazawa, Koji Uehara, and Craig Breslow are obviously not going anywhere. That leaves three pitchers who could potentially be moved in order to open space for Morales.

Monday night's starter is Aceves, but it's not expected at this time that the Red Sox will have need of him in Boston beyond that appearance. As Morales has been stretched out as a starter, should Boston need someone to start in place of Clay Buchholz next time out, they could always shift responsibility his way rather than turn to Aceves once more. Aceves has already used an option this year, so he could be shuttled back-and-forth as needed.

He's been awful in the majors, posting an 8.20 ERA in 18-2/3 innings covering three starts and three relief appearances. Over his last 102 frames in Boston, dating back to the start of 2012, Aceves has allowed 1.5 homers per nine, walked just under four per nine, and posted an ERA+ of 74. As he wasn't particularly great working his way back to the majors while at Triple-A Pawtucket -- he's back in Boston more out of need than for accomplishing his goals there, at least from the look of things -- it's possible he'll be the one sent down. This is especially true if the Red Sox think of him as starting depth, and want to keep him stretched out and working in that role, as Pawtucket would afford him that opportunity.

Plus, after starting on Monday, regardless of how he does, he's not going to be available out of the pen for most of the rest of the week, and might just be the odd man out for Morales based on that. Wrong place, wrong time, or right place, right time, depending on your point of view.

Sending Aceves down once more would also allow the Red Sox to hold on to Clayton Mortensen. Whether or not that's a positive is something that needs to be figured out. You knew based on his 2012 numbers -- the low batting average on balls in play, the second half course correction that got the ball rolling -- that Mortensen's 2013 was not going to be as good as his inaugural Sox campaign. The question was more about just how hard he was going to fall -- would he still be useful as a long man, or would he be using up a roster spot that could and should go to a better pitcher? Injuries at the season's start guaranteed him a roster spot for a few months, but now, with those same injured pitchers now returned or returning, that might be it for Mortensen. 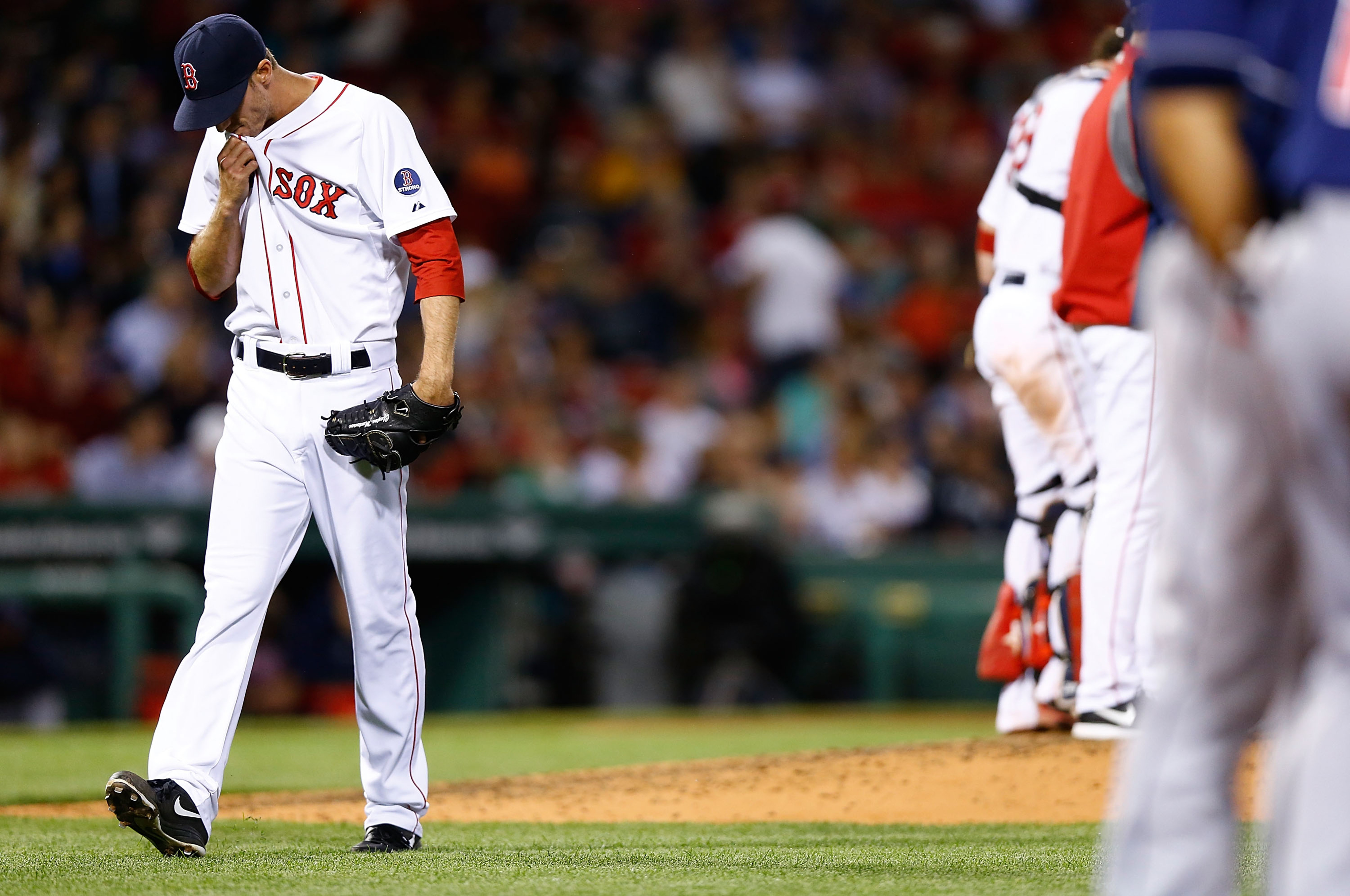 He's out of options, so the Red Sox would be designating him for assignment in order to get him off of the roster. This would have one benefit, whether he's claimed or not, in that his 40-man roster spot would open up. He might just clear waivers, too, as he's out of options, and has a 5.44 ERA with 5.4 walks per nine and 1.5 homers per nine since August of last year. Again, whether that's a positive or not is one of those things that remains to be seen, but clearing up a 40-man spot and having him around in case of emergency at Pawtucket wouldn't be the worst thing for the Sox.

Then there is Alex Wilson, who will burn one option by year's end, and didn't begin the year in the Boston bullpen. He could be sent down just to keep Mortensen from having to go through waivers, but as said above, that might not necessarily be a priority at this time of May now that they've had two more months of Mortensen getting shelled and missing the strike zone to go on. Wilson hasn't been perfect, either, as he's allowed nine walks in 18 innings, but he's also struck out 15, and even though he's let more inherited runners score than you'd like, he's also had some small sample BABIP problems. With more innings, all of the above should even out for him.

Who can the Red Sox call up to replace Shane Victorino? 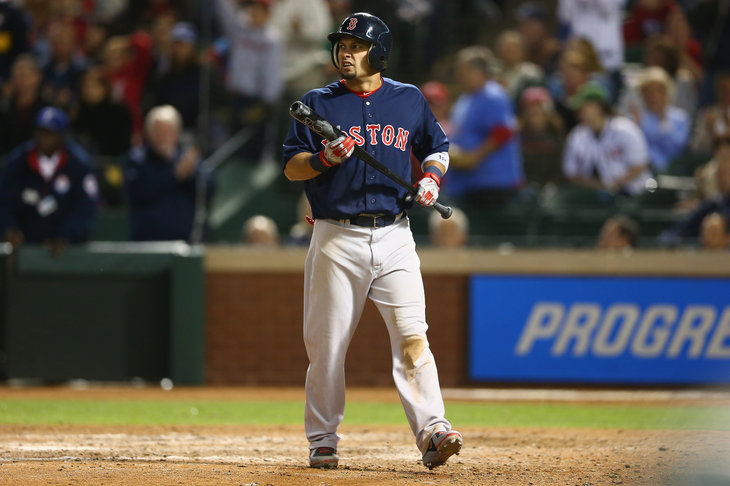 He also has the ability to go a bit deeper in outings than most of the Red Sox pen, just like Mortensen, so keeping him around for that role instead, rather than using him in any high-leverage situations, could be a good way for him to become acclimated with major-league hitters. He's maybe not as much of a horse as Mortensen has been in his year-plus with the Sox, but Wilson just came off of a starting role in 2012, and seven of his 16 outings for the Sox have gone on for at least 22 pitches, with one at 48 that saw him throw 2-2/3 frames while facing 14 batters. He could put some length into his outings if need be, as he already has been doing so.

Just one of these pitchers will likely be sent down (or in the case of Mortensen, designated) on Tuesday in order to make room for Morales, but another of the two is likely on the way out once the Red Sox are able to realign their bench correctly and add one more position player. Designating Mortensen could open up the 40-man spot necessary to do that, should Boston want to add someone new to the mix (Brandon Snyder, Bryce Brentz, etc.), but if the plan is to bring up someone already on the 40-man, like Brock Holt, then maybe it's just whichever of Wilson or Aceves hasn't been sent down yet.

We'll know the answer soon enough, but, barring a surprise trade in the next 24 hours or so, one of these three, if not two, will be elsewhere.