Will Middlebrooks was day-to-day with back spasms as of this morning, but things apparently did not improve during the day, as he has been placed on the 15-day disabled list by the Red Sox. He'll be joined by Shane Victorino, whose hamstring has been improving of late, but the Sox were concerned that he might continue to get small, nagging injuries if he didn't just rest his back, which he was still receiving treatment for.

Read More: Will Middlebrooks day-to-day with back spasms

Jose Iglesias is up from the minors once more to take one of those roster spots. Whether it's to play third base -- he played there for Pawtucket the other day for the first time in his career -- or to attempt to push Stephen Drew over to the hot corner is unknown. Given Drew has never played there and is the established starter, you'd have to think it'll be Iglesias at the hot corner, or Pedro Ciriaco with Iglesias taking over his bench role for the next couple of weeks, or until they figure out something else to do.

Thanks to Ryan Dempster going just three innings on Thursday, and Clayton Mortensen throwing two poor follow-up frames while racking up 50 pitches -- even more than Dempster threw -- Alfredo Aceves has been recalled as well. Aceves is likely just there to be the long man if needed, with the standard set of relievers pitching in a close game as necessary. Or, if for some reason the Red Sox can't stop the Indians bats once more, so that Aceves can soak up innings and abuse to save the bullpen for the rest of the weekend's contests. 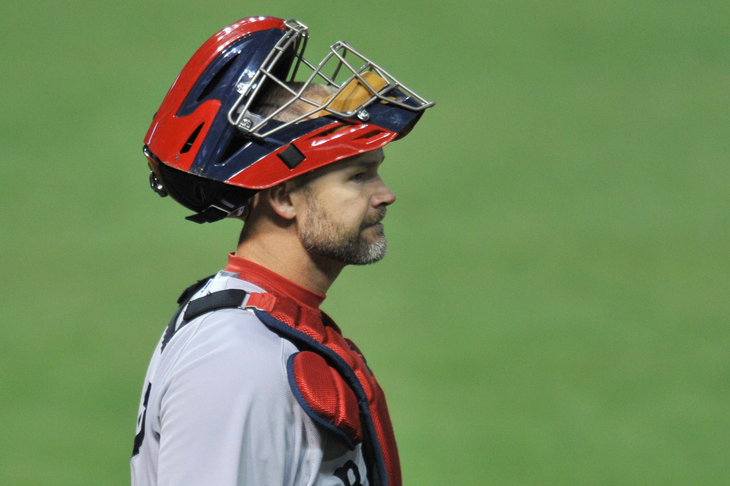 The Red Sox have activated catcher David Ross from the 7-day disabled list.

Given the roster construction and the fact Aceves can be optioned back to Pawtucket once more, it's hard to think he'll be up permanently, unless he pitches an awful lot and does exceptionally the whole time. He wasn't all that great at Triple-A, posting a 3.13 ERA but with a strikeout-to-walk ratio south of two thanks to 11 walks in 23 innings, so this seems more out of necessity than because Aceves has learned to pitch once more. It is interesting that they didn't recall Jose De La Torre, though: normally they would not be able to, as 10 days have not passed since he was optioned, but there were injuries, allowing the Sox to use a roster loophole to get him back. That might emphasize Aceves' role as a temporary long man emergency option more than anything. Aceves last pitched on May 17, so at least physically, he's ready to throw a bunch of innings as soon as Friday.

With any luck, the Red Sox won't have to use him much, if at all, while he's up. One reliever or another will find themselves in Pawtucket shortly, as the Red Sox bench is missing a body now that two position players went on the DL with just one coming back from the minors to replace them. Maybe as soon as after Friday's game, that will be rectified with yet another roster move.

These are the sorts of things that happen when you need to play 20 games in 20 days. There's no end in sight, either, as the Red Sox don't have a day off until June 3.