Red Sox' Will Middlebrooks day-to-day with back spasms

Boston's only real third baseman might be on the shelf for a few days.

Share All sharing options for: Red Sox' Will Middlebrooks day-to-day with back spasms

In Thursday's 12-3 loss to the Indians, the Red Sox dropped more than the game. Third baseman Will Middlebrooks exited before the top half of the fifth inning began in favor of Pedro Ciriaco, as he was experiencing back spasms, specifically in his lower back. Per MLB.com:

"His back started to tighten up throughout the course of tonight's game," said Red Sox manager John Farrell. "This is unrelated to the rib injury that he was dealing with in the collision with the wall 10 days ago or so. In his last at-bat last night in Chicago, I think he slipped a little bit coming out of the box, but didn't mention any complaint prior to the game tonight. As things unfolded, the stiffness was there, so he's day to day right now."

It's good to hear that it isn't something more serious, but still, all the Red Sox have for third base depth at the big-league level is Ciriaco, and that's an issue. Anything more than a couple of days is problematic, and even just a few missed games could be an issue, given Middlebrooks was finally starting to heat up and the Red Sox are in the midst of a four-game set against the first-place Indians, who have offense to spare. 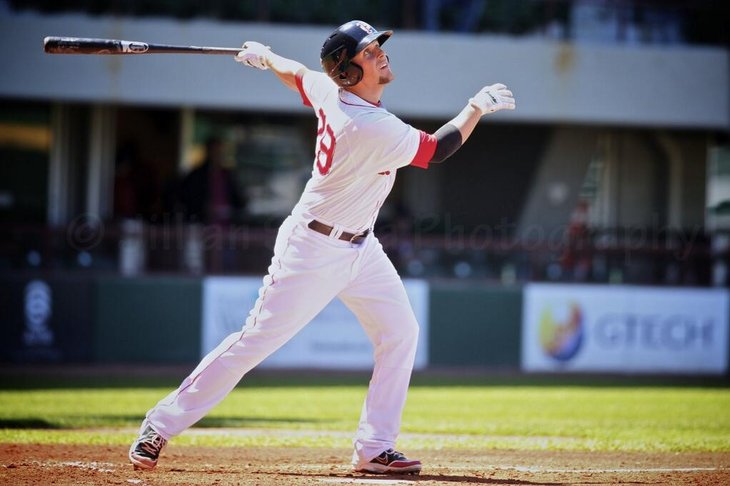 Boston lacks third base depth, but one of their first basemen could be the answer. (Photo credit: Jillian Souza)

In the event that Middlebrooks needs a stint on the disabled list -- and nothing coming from the Red Sox suggests this is the case, this is purely in the realm of "if" -- then they do have options at Triple-A Pawtucket. Brock Holt is finally starting to heat up at the plate, and has hit .333/.395/.424 over his last 10 games, while Brandon Snyder has spent time at third this year for the PawSox, and also has major-league experience and some level of success in his past.

It's worth pointing out Holt nearly got the call when Middlebrooks had the collision that Farrell mentioned, as he was in Boston waiting to hear the news, just in case, before he headed on back to his teammates on the PawSox. Whether that was because the Red Sox wanted a utility infielder to replace Ciriaco while he played third or because Holt would have handled the hot corner is unknown, as things never got to that point.