The struggling reliever is not only in the minors, but now isn't pitching in games at all.

Share All sharing options for: Daniel Bard shut down by Red Sox

The last thing the Red Sox wanted to do with Daniel Bard this season was to take him out of games -- being in the minors was already something they would have preferred not to do, but at least it gave him an opportunity to pitch in live scenarios. Thanks to his awful performance in 2013, though, they've been left with no other real choice in the matter: Bard has been shut down, according to Peter Abraham, and will now throw bullpen sessions exclusively until Boston thinks he's made progress that merits game action. 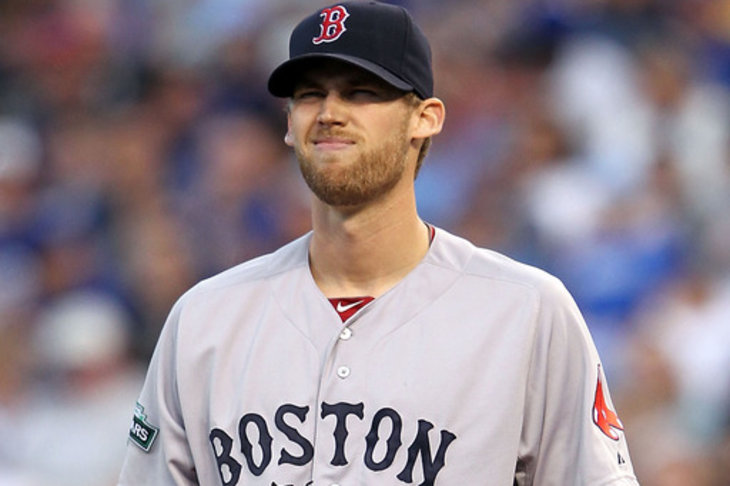 Bard's last appearance came on May 15, when he walked five batters and gave up two runs in one inning of work for the Double-A Portland Sea Dogs. Red Sox pitching coach Juan Nieves was quoted after that display, going on the record with concerns about Bard's mentality on the mound, and how this was never going to be something that Bard could just fix overnight. It's been frustrating for all parties, though, that rather than make small steps forward, the right-handed reliever is actually worse off than he was last summer. In 12-2/3 innings with the Sea Dogs, he's walked nearly three times as many batters as he's struck out, and threw just 11 of his 27 pitches in the majors for strikes before he was sent back down to Portland.

You can say it's because the Red Sox put him in a starting role in 2012, but things have unraveled so fast and so much that it's hard to say that's what's at the root of it -- especially since control problems first cropped up at the end of 2011, while still in a relief role. Starting likely didn't help matters, but there are some deep-seated issues at work here, ones that are causing Bard to not only be in the minors, but now to miss out on game situations in favor of bullpen sessions until something good happens in his work.

With any luck, Bard can focus and take steps towards getting back into games, and from there, work his way back to the majors once more. It's hard to have optimism about it at this point, however, as sad as it is to say that. Players have come back from worse, of course, but that doesn't mean it's a safe bet to make.