Stephen Drew is yet to miss any significant time this season, though he's suffered some minor injuries. In his absences, the key to his presence has become abundantly clear.

Share All sharing options for: Stephen Drew's presence is key

In Boston, the last name Drew has a certain connotation to it, thanks to one man who received more criticism than he ever deserved. Because of his low-key attitude, a proclivity for nagging injuries, and general non-dirt dogginess, JD Drew is one of the more hated Red Sox players in recent history. With that being the case, his brother Stephen Drew came into his first season in Boston already fighting an uphill battle. This is a real shame, because the success and general presence of the shortstop is a big key for the Red Sox in 2013.

In the first month and a half of the season, Drew has been working to shed the reputation he gained by being someone's brother. Through 32 games and 126 plate appearances, he has put up a .231/.333/.398 slash-line, which is good for a 94 wRC+. Beyond that, if you take away his first four games of the season -- post-concussion, and after missing most of spring training -- his slash-line jumps up to .253/.355/.442. Considering that the league-average wRC+ for shortstops in 87 thus far in 2013, Boston is surely getting a positive contribution from their new shortstop.

Of course, that's only when he's been on the field. Coming into the season, Drew had been unfairly tagged as injury-prone despite the fact that the only missed time he's experienced in the majors was due to a gruesome ankle injury. However, he has missed some games this season due to a concussion suffered in spring training and some minor back discomfort. It's been in that absence that we've come to realize just how important his presence in the lineup and defense is, as the alternatives just aren't very attractive.

During Drew's most recent absence, it was Pedro Ciriaco who picked up the bulk of the playing time. Boston's utility man has graced us with his presence in 19 games this year, and it has rarely been a pleasant sight. At the plate, he has been tough to watch, as indicated by his .184/.289/.342 line. Some of that is due to his abnormally low .200 BABIP, but his 13-percent walk-rate is also surely to go down. I mean, this is the guy who has seen 17 pitches in his last eight plate appearances and boasts a career walk-rate of four-percent. On top of the horrible performance at the plate, Ciriaco has been objectively bad in the field, both at shortstop and at third base, where he has filled in for Will Middlebrooks. Both Fangraphs and Baseball-Reference agree that he's provided negative value with the glove, and the eye-test hasn't provided any more optimism. If Drew were to go down at any point, and Ciriaco were called on to fill in for him, we'd be able to look forward to quick outs on offense, with a side of bad defense. 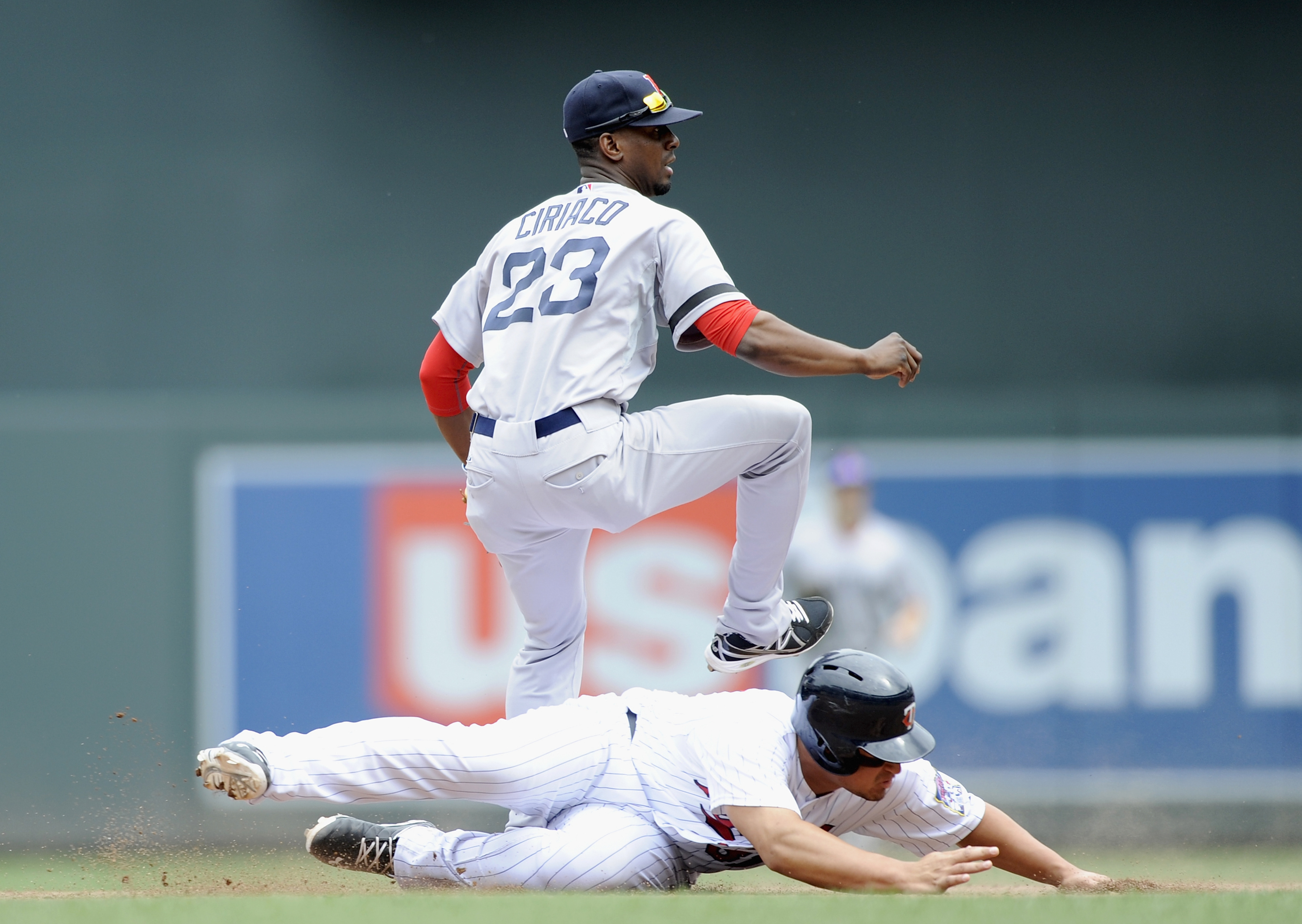 The next player in line to fill in would be Jose Iglesias, who has been one of the most talked about minor leaguers in the Red Sox system for years now. As everyone knows by now, Iglesias is incredible with the glove. There are scouts around the game who have said that he could be the best defensive shortstop in the game if he were playing in Boston everyday. With that being said, there's a reason he's stuck down in Pawtucket. His bat is probably even worse than Ciriaco's. The young shortstop has had 104 plate appearances at the highest level spread over the last three years, and has a career slash-line of .202/.265/.277. Obviously, that is a small sample and one can't make too many conclusions from such a small number of plate appearances, but it's not as if he's lit it up in the minors. He's accumulated 904 plate appearances in Pawtucket since 2011 -- a significant sample -- and has hit .244/.297/.290. This season, he's hitting .204/.263/.306 at AAA. I'm not so sure those numbers are good enough even given his tremendous glove, and that's before considering his numbers should theoretically get worse after being promoted.

Stephen Drew gets his revenge on the Twins 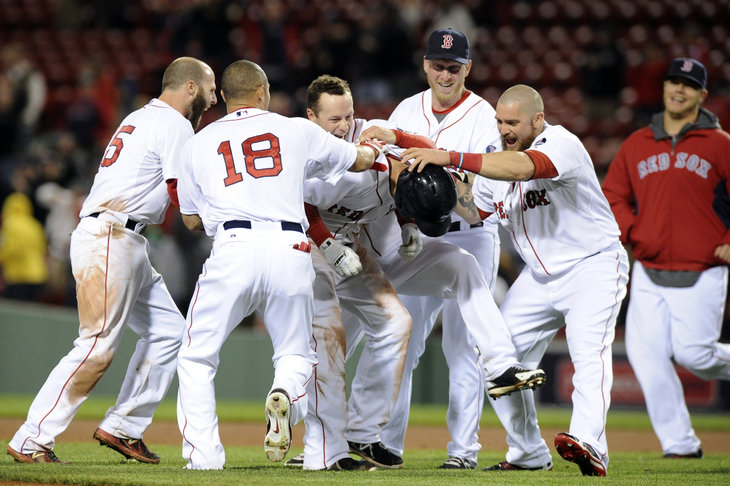 After these two, the other option would Brock Holt, who was the other piece acquired in the Joel Hanrahan deal. Holt is a second baseman by trade, but he's played some shortstop and could slide over there if needed, though he likely wouldn't provide the best defense we've seen at that position. Prior to this season, he had been good with the bat in Pittsburgh's minor-league system, providing above average offense at every level. Even in a short stint in the majors last year (72 plate appearances), he put up a respectable .292/.329/.354 line. In his time in Pawtucket this year, though, he has struggled. Through 33 games, he's hit .198/.276/.216, which is Iglesias-esque. Add in the fact that he's played mostly second base with Iglesias manning short, and he likely isn't a great candidate should Stephen Drew need to miss some time.

In no way, shape or form is Stephen Drew the best hitter, defender or baserunner on the team. He's about an average player in a lineup filled with some outstanding baseball players. However, most of the other guys have a decent backup option, and an injury, while not ideal, could probably be sustained. Given the lack of options at shortstop, Drew's presence becomes that much more important for the success of the Red Sox. Parts of the fan base may not like to hear it given his last name, but it's the truth: A member of the Drew family is a key to Boston's success again, and it's time we all start getting used to it.