When Daniel Nava was placed on the 40-man roster and called to the majors once more back in early 2012, there was little reason for optimism unless you're a huge believer in the Triple-A numbers of a late-20s baseball lifer. That's not meant to be a knock on Nava -- he was okay enough for an emergency player in 2010, but had been removed from the 40-man roster, went unclaimed, and was relegated to Triple-A Pawtucket for the entirety of the 2011 season. His defense at the major-league level had been poor, and the power he showed in the lower levels had not surfaced in the majors or high minors: being a bit apprehensive about a significant change was expected, especially at his age. When no one was looking, though -- besides the Red Sox front office, anyway -- Nava transformed at the plate and with the glove, and just might have earned those numbers with real, transferable improvements.

As has happened every time before in his career, be it amateur or pro, Nava failed, then came back stronger than ever before. Obi Wan Kenobi has nothing on Nava, who failed to make his first college team, failed to be drafted once he did, and failed to stick in the majors when he first got the chance. Yet, despite being struck down repeatedly, he is now the regular left fielder on a Red Sox team that is half-a-game out of first place in the American League East.

It still seems a bit odd to see a near-900 OPS attached to Nava, who is hitting .298/.392/.504 with six homers and 18 walks in 37 games. Peter Gammons mentioned as much on Twitter on Sunday, pointing out how unpredictable it was that Nava's OPS would be higher than those of Mike Trout and Robinson Cano past the mid-point of May. It's even weirder still to see him performing as a capable defensive outfielder, even when forced into right field duty due to Shane Victorino's back issues. Both of those things are happening, though, and we even got a little taste of it all last season, before injuries ruined things.

Nava first played on May 10 in 2012, and posted an 896 OPS through the end of June with a line of .302/.421/.475. Things did not go nearly as well the rest of the year, as his line started to slip in July, and he ended up spending time on the disabled list later that month with a cyst in his wrist -- one that would eventually be removed in the off-season -- that was causing him pain when batting from the left side. As a large portion of Nava's value is wrapped up in his performance against right-handed pitchers -- and that's no small thing, given righties account for roughly three-quarters of all innings pitched -- it's not surprising that his OPS from July 1 onward was just 568.

Let's be generous, and focus on his pre-cyst start, as well as his start to 2013. In that calculated stretch, Nava has amassed 320 plate appearances, drawn 42 walks (13 percent), struck out just 17 percent of the time, hit nine homers, and hit 31 extra-base hits overall. He's shown a propensity for earning a free base with a hit-by-pitch, too, with 10 (and 21 overall in 653 MLB plate appearances), and a cumulative line of .300/.408/.489. That's not just okay, that's one of the better hitters in baseball. 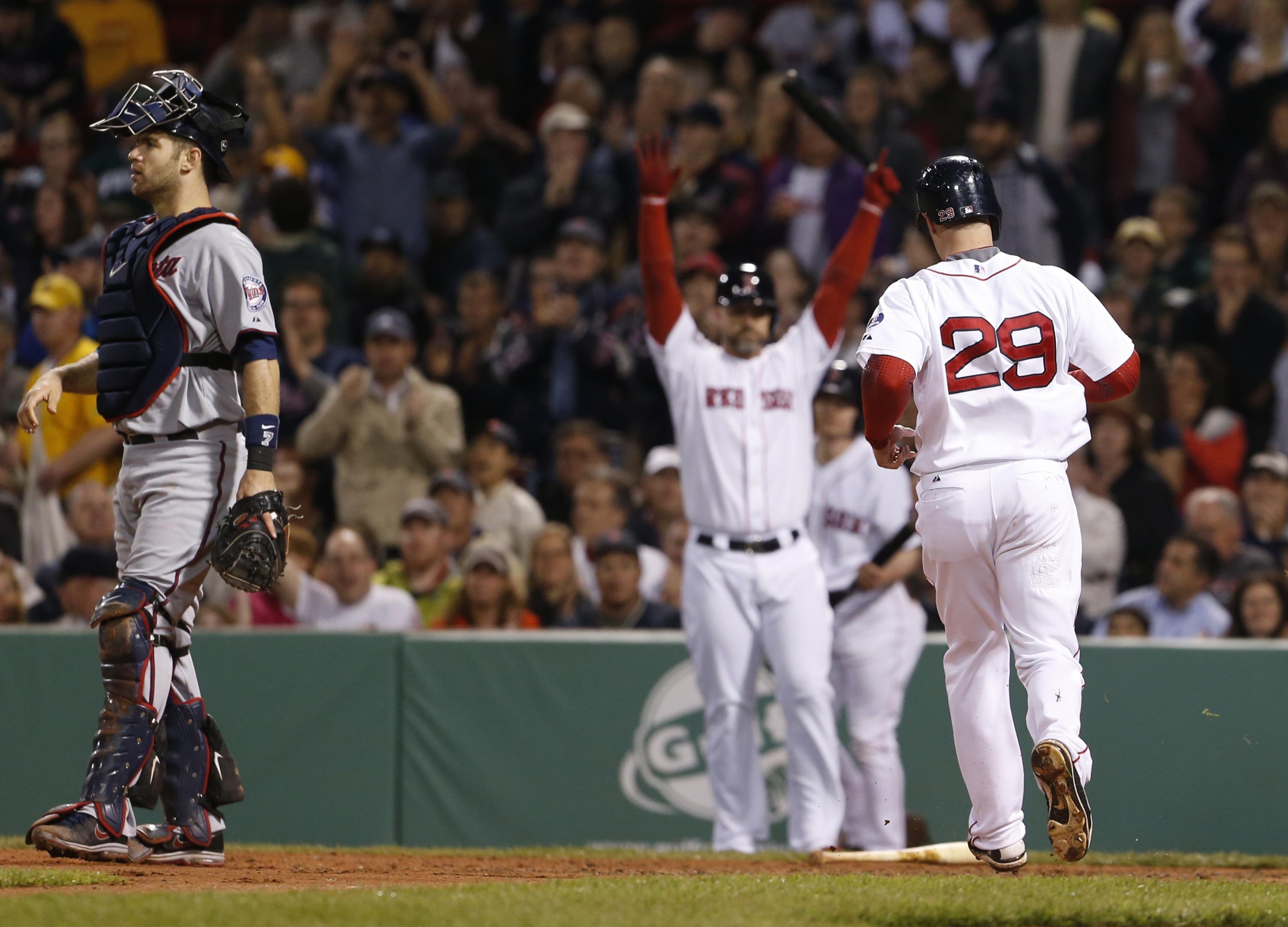 We could be too generous above, though: the exact timeline for when the cyst began to drag down his performance is a bit sketchy, and the sample is small enough even without our further cutting. So, instead, let's focus on his combined 2012 and 2013 numbers, under the assumption that he did indeed finally blossom into a better hitter in between his initial call-up and his return to the majors two seasons later. In this scenario, Nava is a .260/.365/.425 hitter over his last 125 games, with a 112 OPS+ and 790 OPS. The league-average MLB left fielder last year owned a .261/.326/.431 line, and 2013's at .260/.328/.431, so Nava is well above both in large part due to the most important of the three figures, his on-base percentage.

So, if you don't cut him some slack for the cyst, you've got an above-average offensive left fielder who has improved his defense enough to get by in the more difficult right field when the occasion calls for it. If you do give him credit for playing through injury, removing the poisonous in-between numbers like they are the cyst itself, then he's one of the better hitters in the game, and under team control through 2017. If the answer is either of those, the Red Sox are happy and the owners of a productive and useful left fielder -- obviously, more so in the latter scenario, but let's give that one a bit more time before claiming it's truth. 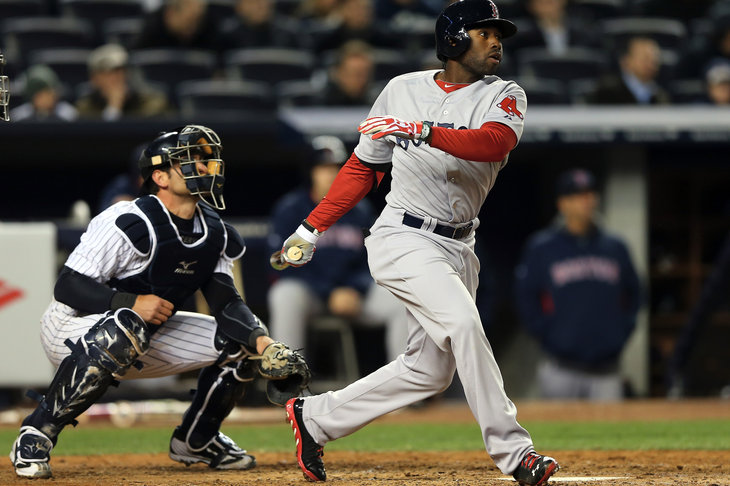 Bradley Jr. works his way back, Rubby De La Rosa is starting to come together, and Bryce Brentz might be ditching extremes for balance.

The timing could not have been better for the Red Sox, as they are a season away from likely losing Jacoby Ellsbury to free agency, and installing Jackie Bradley Jr. in center. Besides Bradley, there just isn't much to go on for outfield prospects in Boston at the upper levels, especially with Ryan Kalish recovering from yet another surgery. Bryce Brentz could be something, but he didn't tear up Double-A, and has barely spent any time in Triple-A -- he's still at the point where it's safer to bet against than on him as a starting big-league outfielder. Given all that, it doesn't matter whether Nava hits his ceiling or floor from the above scenario, so long as he hits. Just the fact he's around at all is fortunate, as it gives the Red Sox an option that wasn't quite expected this time last year, and in many ways can make up for the absence of Josh Reddick and the years remaining on his first contract. There's a lot of baseball left to play before we can say that with any real certainty, though.

It still seems a bit weird, but that's basically the story of Nava's career. He falls down, he gets back up, and he falls down again. With nowhere left to climb to now that he's at the game's highest point, continuing to produce will be enough of a story going forward.