The 2012 season was a mess for many reasons, but it all started with the rotation.

Share All sharing options for: Red Sox starting pitching the difference in 2013

On Monday against the White Sox, Jon Lester will make his 10th start of the year. Following the completion of his 10th start in 2012, his ERA sat at 4.72, or two full runs above where it is in 2013. That right there should give away that there is a huge difference in what the Red Sox have been able to do with their starters this season compared to last year, but it goes deeper than that: the entire rotation has been markedly improved, and it's the reason the Red Sox are currently a few games up on the wild card and just one back in the loss column to the Yankees in the AL East.

The number of games isn't exact, thanks to last year's later start date, but through May 19, the 2012 Red Sox had completed 40 contests for a 19-21 record, while the 2013 team sits at 27-17 after 44. The 2012 iteration was scoring 5.4 runs per game and was second in the AL in runs scored. This year's team is scoring 4.9 runs per game, and is second in the AL in runs scored. The huge difference is in the pitching: Boston had already allowed 203 runs to score through those 40 games, or just over five per game, while the 2013 Red Sox, despite four more games played, have allowed just 179 runs to score, or 4.1 per contest.

It's worth pointing out, too, that this isn't even when Boston's rotation was at its worst. Clay Buchholz had started the year off terribly, but had only just begun to come around in his last couple of starts, dating back to May 11 when he finally stopped the long ball issues and began reintroducing his change-up. Daniel Bard had begun to unravel, but there was still some hope there for him, something that at this point seems like a distant memory. Felix Doubront looked like a promising starter still, with an ERA around the league average and a strikeout per inning. Josh Beckett had his hiccups, but still looked good when he was on. Lester was still two months out from the low point of his season. Aaron Cook had only made one start to that point. Daisuke Matsuzaka had not yet appeared in a major-league game for the Red Sox.

All told, through those first 40 games, the Red Sox' rotation amassed a 5.25 ERA, struck out a below-average 6.5 per nine, walked just under four batters per nine, and had already allowed 29 homers. They weren't just bad, they were awful, and it's only forgotten about in retrospect because, Clay Buchholz's resurgence aside, what came after was even worse.

This year? John Lackey's injury meant that we saw more Alfredo Aceves than we would have liked, and Allen Webster tossed one solid game and another horrendous one, while Doubront has failed to live up to anything resembling the potential last season suggested. Otherwise, it's difficult to complain about anything. The rotation has amassed a 3.73 ERA despite those issues -- the league-average is 4.13 -- and they're striking out nearly two batters more per nine innings than your average starter. While they're walking about half-a-batter more per nine, their overall strikeout-to-walk ratio beats out that of the league as a whole thanks to those punch outs. 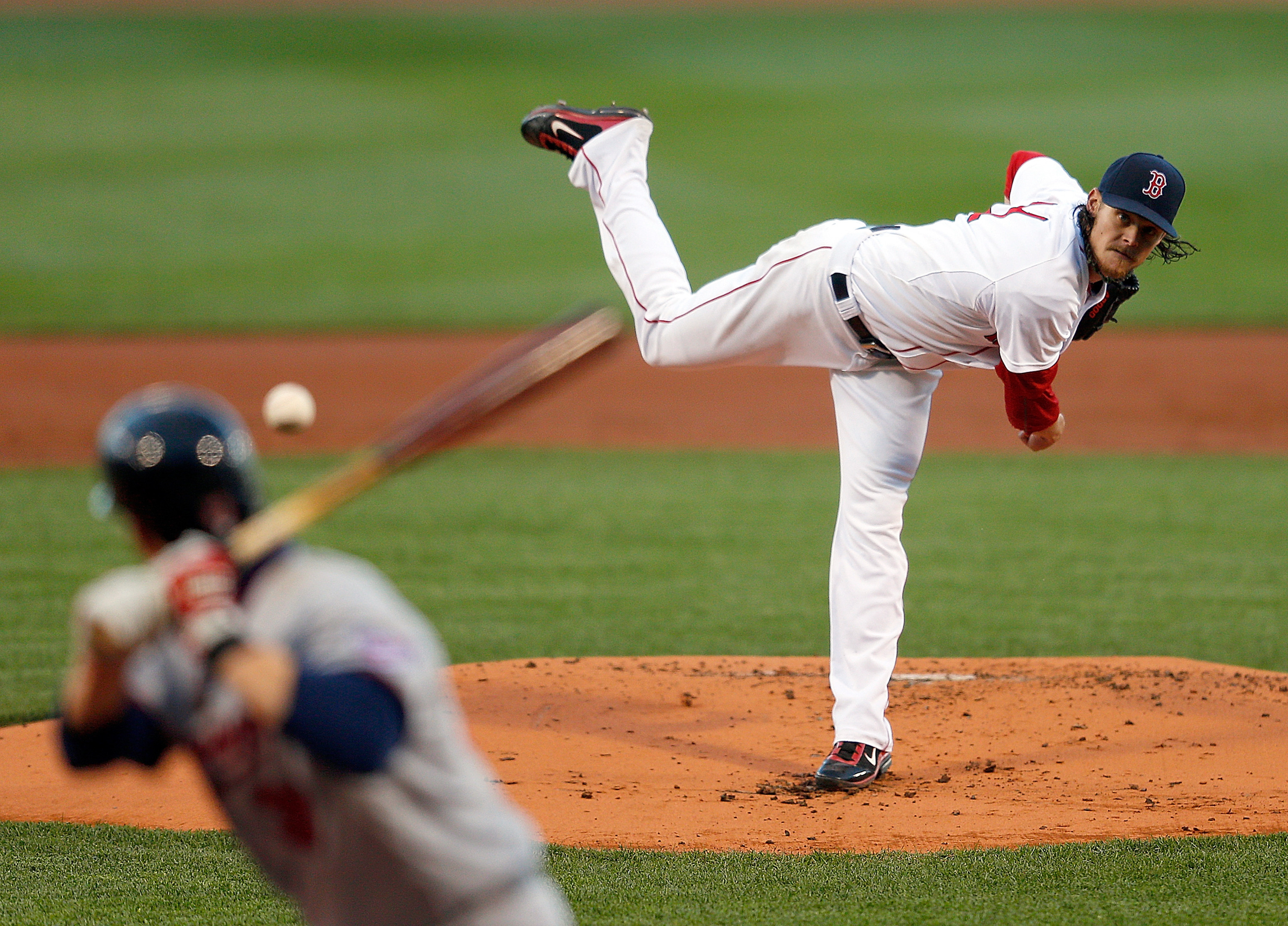 It might surprise you that Lester isn't striking people out at the rates he did in his best years considering the rates at which the rest of the staff is missing bats, but unlike last season, where it looked like it was because he couldn't, this year it seems to be more intentional: walks are down, homers are down, his command is back, and he's used that to keep the ball down in the zone consistently. His strikeout-to-walk ratio is at its best since 2009, and he's averaging 6-2/3 innings per outing, up a full out from last season at this time. He might slip back a bit as the year goes on, but even if he does, looking like a legitimate #2 option in the rotation beats 2012, when he was well below-average.

Off-season acquisition Ryan Dempster has a 102 ERA+ and is averaging just under six innings per start. He's essentially being paid to do just that and anchor the middle of the rotation with it, as the Red Sox have not been able to manage this for a few years now -- especially not in 2012, when a 102 ERA+ would have led among the five Red Sox starters who started the most games. 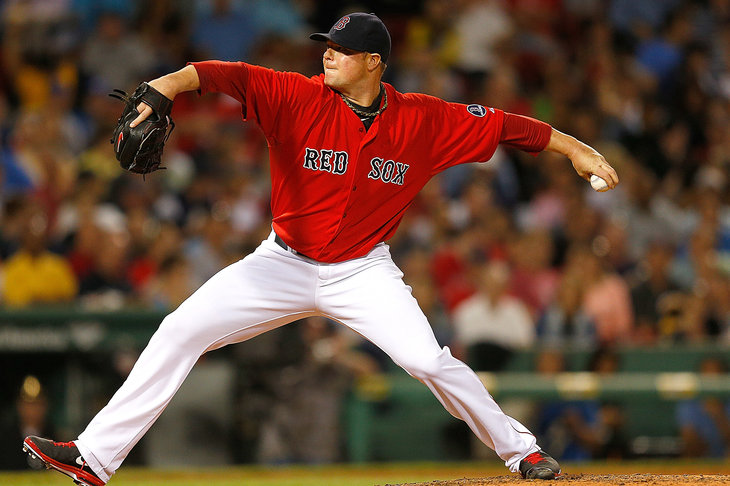 The Red Sox notched a win against a rival on Wednesday, but starter Jon Lester also managed a personal accomplishment.

Lackey's return from Tommy John had a hiccup in the form of a disabled list stint, but it's hard to argue with his performance in the six games he has pitched, as he's striking out four times as many batters as he's walking, has an ERA 33 percent better than average, and has command that looks sharp considering his surgery. He could stand to put some length in his outings, but he looked like he was on the way to that on Sunday before rain shortened what was easily his best start of the year -- plus, he's still building back to where he used to be in terms of arm strength, as his procedure was all of 19 months ago.

Then there's Buchholz, who has continued and improved upon the aforementioned resurgence. He's leading the American League in ERA and ERA+, is averaging 7-1/3 innings per start, and were the season to end today he'd have career-highs in both strikeout rate and K/BB. Of course, he has a lot of season to go before that will mean something, but considering he has a 3.04 ERA in 216 innings and 31 starts since May 16 of last year, it's getting to the point where it's safe to say Buchholz is Boston's ace, and for it to be more than just nominal in meaning. That's something they lacked in 2012, but the difference between then and now shows how much can change in a year.

Of course, the Red Sox haven't won anything yet. They are through just over one-fourth of the season, and are well ahead of last year's pace in every sense of the idea. There's still a whole lot of season to go, though, and that's time for things to go wrong or change course. Still, where they sit now, hoping to continue success, beats what the Sox needed one year ago, when everything -- everything -- was wrong in the rotation.