Jacoby Ellsbury has never again reached the MVP-caliber level he showed in 2011, and it's not looking like he will this year either. With a few adjustments, though, he can get much closer than he is now.

Share All sharing options for: What's wrong with Jacoby Ellsbury?

Typically, with a big-market team like the Red Sox, fans talk about how they shouldn't be worried about the future and "rebuidling" and "bridge-year" are terms that no one wants to hear. Despite that, when we hear about top prospects coming up through the system, the hype machine pumps them up and everybody sits and anticipates their arrival to the big stage. Boston is a great example of this, as can be seen this year, with the Red Sox landing five prospects in Baseball America's top-100 list. An example of this from the past would be Jacoby Ellsbury, who was twice named a top-50 prospect by Baseball America, ranking 33rd in 2007, and 13th in 2008. The hype machine pumped him up, especially after he hit his way to a 949 OPS in the 2007 playoffs that ended in a World Series championship.

In the few years after that, though, he never quite reached the level everyone had hoped for. From 2008 through 2010, he played 316 games, and put up a .285/.339/.395 slash-line in 1,386 plate appearances, good for a 90 OPS+. After a rib injury caused by a collision with then-third baseman Adrian Beltre caused him to miss all but 18 games in 2010, he was also the recipient of the "soft" label from some fans and media members. At that time, it seemed as if he'd never quite reach the levels that were expected of him when he was one of the game's top prospects. Then, 2011 came.

This was the season when Ellsbury was, in this writer's personal opinion, robbed of an MVP. He produced a .321/.376/.523 (146 OPS+, 149 wRC+), with good defense and great baserunning. If all-around stats are more your thing, he was worth 9.1 wins above replacement by Fangraphs' version of the stat, and 8.1 according to Baseball-Reference. Whichever way you choose to look at it, Ellsbury finally put up the superstar numbers we had all been waiting for, and we were hoping to see more of it in the future.

Last season, he was again injured to start the year, hurting his shoulder sliding into second base. When he returned, he looked nothing like the near-MVP we had seen the year before, and fans began to worry the 2011-version of Ellsbury wouldn't be seen again. Because of this, 2013 was viewed as a huge year in his career, especially considering he will be hitting the free agent market this offseason. So far, though, it's been more of the same. 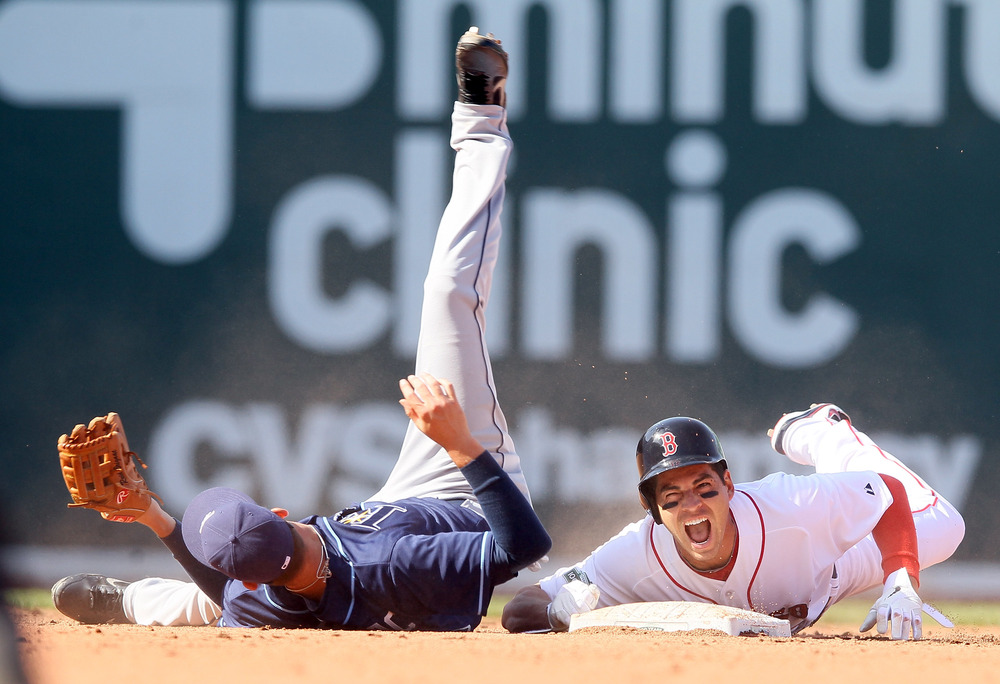 Forty one games into the season, with Ellsbury playing in every one, the center fielder is sporting a .256/.323/.360 slash-line, with a below-average 83 OPS+. The two big things missing the last two years after his great 2011 season: power and batting average. His walk-rate is actually at a career-high at the moment, with his 8.2-percent rate being a point higher than his previous best. However, his .105 ISO isn't anywhere near the terrific .230 mark he put up two years ago, and the .256 batting average is well-below the .321 mark he put up that year. So, how does he fix that? By making better contact, of course.

In his career-year, Ellsbury hit line drives at a 23-percent rate, which was 20th best in baseball according to Fangraphs. That number dropped three points last year, and is now all the way down to 18-percent in 2013. Obviously, line drives are the easiest way to get a hit, as the league batting average on line drives consistently hovers around .700. Simple logic leads one to believe that a decrease in line drives would result in a decrease in batting average. The biggest increase in his batted ball profile has been in his infield fly-rate, which affects batting average at almost the same rate as strikeouts. He's more than doubled his infield fly rate from last year, with over 19 percent of his fly balls coming up extra short -- this obviously wouldn't bode well for anyone's batting average.

In addition to that, he's also seen a slight decrease in fly balls, which has contributed to his decrease in power. Even more worrisome is Ellsbury's home run to fly ball ratio, which is currently just over two-percent. Some of that could be attributed to bad luck, but it seems more indicative of lots of weak contact. If he's going to crawl back towards his .230 ISO from 2011, he'll need to push more of those fly balls over the fence for home runs. 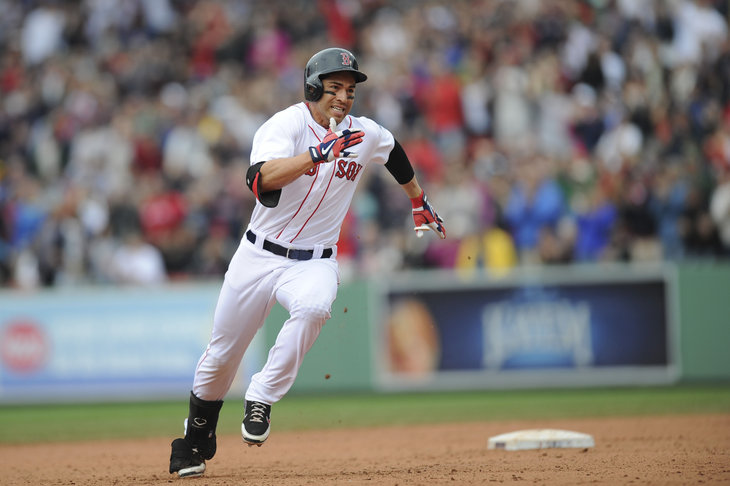 Are the Chicago Cubs out to snag Jacoby Ellsbury in free agency?

Looking at his plate discipline numbers, the biggest difference has been an increase in swinging, and as a result contact, especially on pitches out of the zone. Two years ago, Ellsbury swung at just a shade under 25-percent of pitches out of the zone, while making contact with those pitches 72-percent of the time. This year, his O-Swing% is up to 27-percent, while the O-Contact% has risen by 12 points from two seasons ago. Pitchers seem to have noticed this, as they've thrown fewer strikes than balls for the first time since his first taste of the majors in 2007. These numbers are likely large contributors to the weaker contact we've seen from Ellsbury, as it's clearly harder to get strong hits on a pitch outside of the strike zone.*

*All of these numbers come from the Pitchf/x Plate Discipline section of Ellsbury's Fangraphs player page.

Though his walk-rate is the best it's been in his career, it seems that Ellsbury has to be more patient at the plate. He has been swinging too much at pitches out of the zone, and that has led to weak contact. As a result, he's seen a decrease in batting average -- which brings down the other two components of his slash-line -- as well as a major drop in power compared to 2011. At the start of the year, a good season from their center fielder meant a possibility for them to trade him for a nice package. With their current position in the standings, they now need him to do well in order to push them into a possible playoff spot. It's unlikely he'll ever reach the level of performance he showed in 2011, but if Ellsbury can do a better job at waiting for a good pitch to hit, he'll get much closer than he's been in the first month and a half of 2013.