As a Red Sox fan, you're likely disappointed with the way Ryan Kalish's career has gone. Injuries slowed him at the start of his professional stint, and when he finally rebounded and leapfrogged every other outfielder in the system on the depth chart, injuries did him in once more. Then, when it was expected he would be healthy and it was safe to trade Josh Reddick, a recurrence of previous injuries ruined his season, and are also the reason he's yet to pick up a bat in 2013, thanks to off-season surgery to correct the issue.

With all of that going down over the last few years, it's not surprising -- but still sad to see -- that Kalish considered retirement: think of how disappointed you are with the situation, and then imagine that it's actually happening to you. From Evan Drellich at MassLive.com:

"I'm aright," Kalish said. "It's been up and down though. There's been times, there's weeks here, where it's hard. It's not the easiest thing to do. But I know that I would just - it's been a really crazy few years. This is the third year in a row really dealing with some serious injuries and time missed. I think I'd be mad at myself if I didn't keep trying. I'm 25. There's guys who make a great career for themselves later than that, starting at 28, 30. For me to give up and not go ahead and keep going, I think it would be a mistake. Especially for myself in 10 years (to think), 'What could have happened if I got healthy?'"

"I don't think anybody in my position wouldn't consider it," he continued. "You get sick of being hurt, you get sick of feeling like - honestly, yeah, if I didn't feel like that, then there would be something wrong with me.

After playing all of 93 games in the last three years, and undergoing three different surgeries to repair his shoulder and neck, all of the above is understandable. That being said, if he can just get right, he still has a lot of talent. He's a fine defensive outfielder who can play in a corner or in center, and when he was last healthy -- back in 2010 -- he hit .294/.382/.502 between Double- and Triple-A as a 22-year-old, and a fine-for-his-age .252/.305/.405 in the majors that same year. If he can show up in one piece, then good things could happen. Considering the list of top Red Sox outfield prospects nearing the majors starts and ends with Jackie Bradley Jr., his return would be significant. 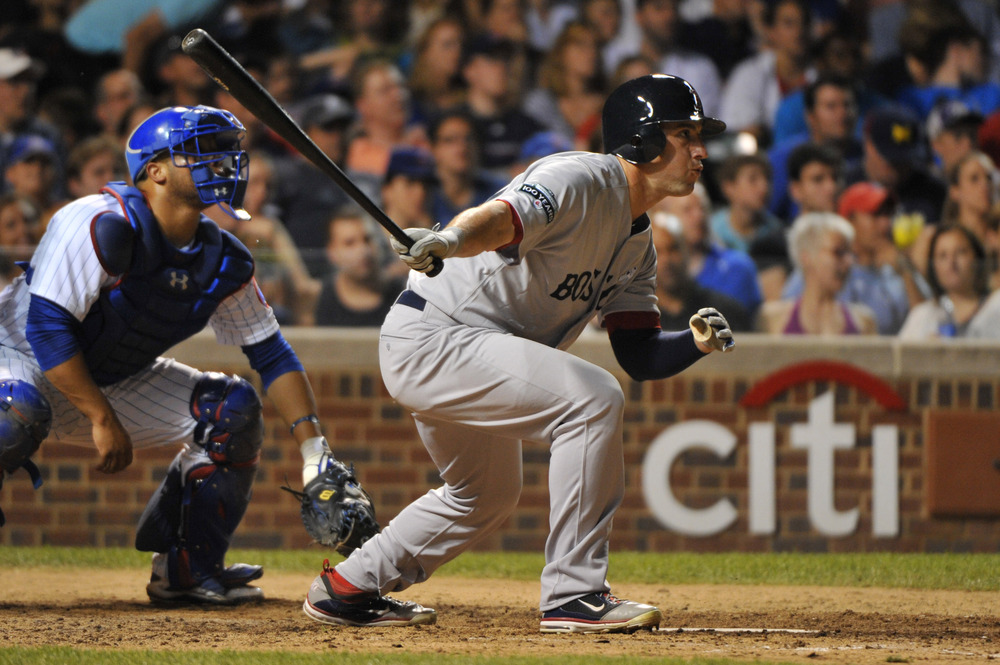 Kalish seems to understand that he can't go all out like he used to, because that style of play is part of what led him here to begin with.

I feel like this is a learning process to where I will in the future still play very similarly to the way I play now, but I will also know and pick and choose certain things better. It's a combination of freak stuff, and maybe just - I wouldn't say being injury-prone. Just setting myself up for injuries the way I play. I can't go back - I don't know. Injury prone's tough."

Fewer dives here and there would certainly be a start. Maybe that also means he'd still run hard, but maybe cut a few stolen base attempts per year out. If it keeps him on the diamond, it could certainly be worth picking his spots.

Kalish is expected to be in Boston next week in order to be evaluated by doctors. If they clear him medically, he'll begin to swing a bat once more -- as attempting to swing is what led him to realize the pain persisted and surgery was needed in the first place, this is a larger test than it sounds like.