The Red Sox need a series win, and, facing a team chasing them in the standings, now would be the time to get it.

Maybe a day off is what the Red Sox needed. After all, they were yet to have one in May until Monday's, and things have not been going well for the last 10 days, in which the Red Sox went just 3-7 and saw their division lead shrink until it was simply a loose grasp on the second of two AL wild cards. It's far too early to panic -- Boston remains on pace for 94 wins and, as said, would be in the playoffs if the season ended today. It doesn't, though, and as Sox fans are far too well aware of, proximity to season's end doesn't necessarily guarantee things will stay as they are, either. It's a long season, and if we all take a breath and look at the calendar, we'll get through this rough stretch.

With any luck, that'll start with this series against the Rays. The Rays are suddenly just 2.5 back of the Red Sox after posting a reverse record over their own last 10 contests, so any breathing room they can create in this three-game set would be welcome.

Lackey still hasn't thrown very many innings, thanks to missing most of April with a biceps injury. He's done well in what he has pitched, though, with over three times as many strikeouts as walks, and, despite some occasional hiccups, what looks like the kind of command he couldn't sustain while his elbow was a problem back in 2011. He's done a solid job as a back-end starter, but with the Sox dropping consecutive games and in need of a win against a division rival, he might need to be a bit better than that on Tuesday.

He'll take on Matt Moore, who has a pretty enough ERA at 2.14, but is also walking just under five batters per nine. He's missing plenty of bats, and even with Boston's lineup of hitters capable of taking on lefties, he's sure to miss plenty in this contest as well. However, if they can take advantage of the walks with a few timely hits no one has been able to muster against him, this could be closer than the pitching match-up suggests. Of course, that would necessitate the Sox break their current string of awful timing and stranding runners.

Lester threw a complete-game shutout against the Blue Jays, snapping Boston's losing streak before the following games started a new one. He just missed a perfect game, and was able to do so by throwing lots of first pitch strikes and keeping the ball down in the zone. On Wednesday, he'll get to attempt the same in a park that favors pitchers, and coming against last year's Cy Young winner, we could be in for a pitching treat. 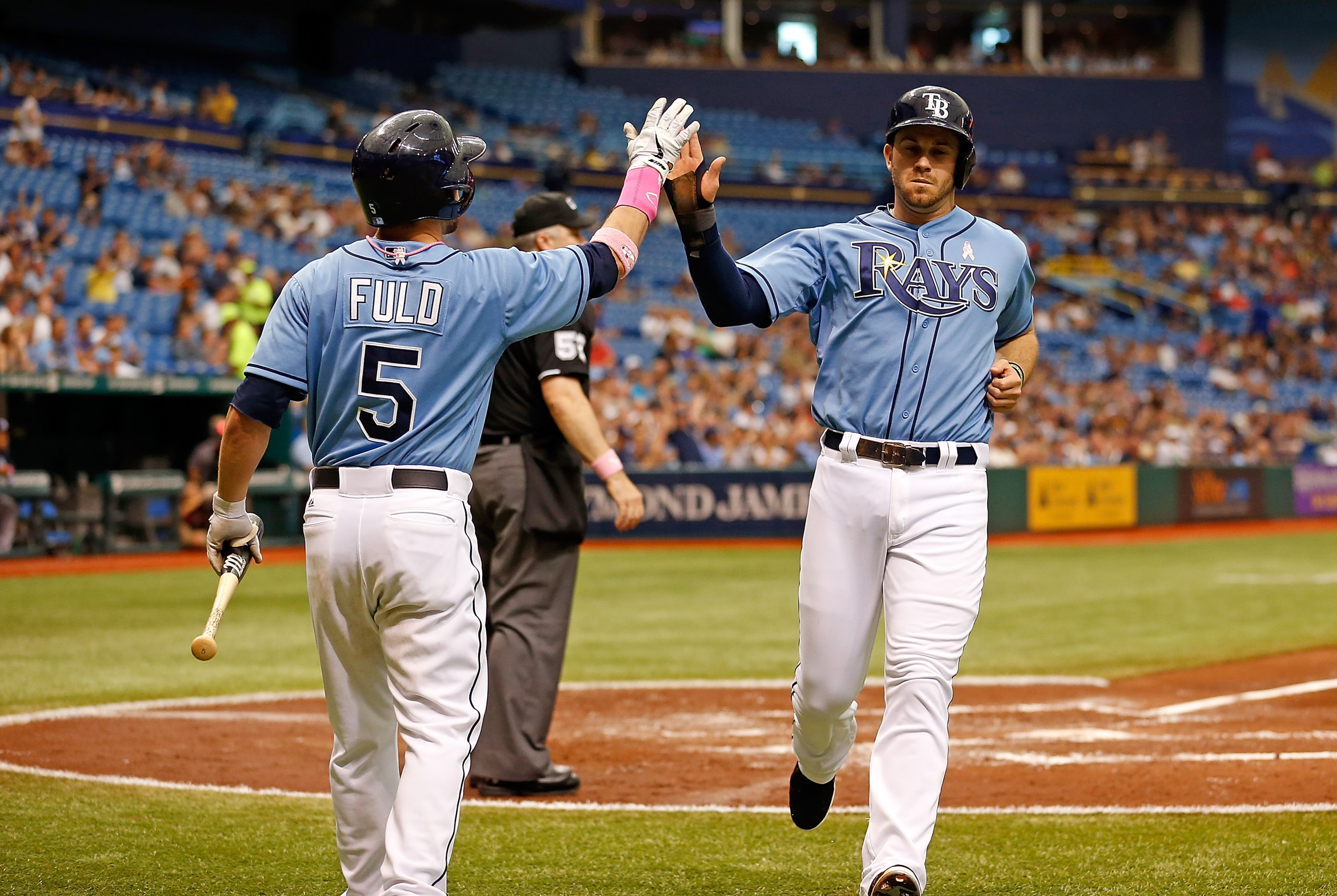 Then again, Price has struggled with his command this year, and even though his strikeout-to-walk ratio is pleasing to the eye, he's giving up homers and hits aplenty. The Red Sox will have to hope the inconsistent version of Price shows up in this series, rather than the one that's capable of dominating any lineup in the game.

Buchholz will make a start one year to the day after he remembered where he left his change-up grip, against a team that he has a history of pitching well against. He's limited the Rays to a 584 OPS in 15 starts, and struck out 8.6 per nine in 96 innings, most of which occurred before he was even finding his way as a strikeout hurler. This could turn out to be a chance for Buchholz to pad his league-leading ERA+, but it's baseball, so who knows.

Speaking of the unexpected, Alex Cobb, who entered the season with a below-average strikeout rate and had recorded 33 punch outs in 42 innings prior to his last start, struck out a record 13 batters in 4-2/3 innings in his last turn in the rotation. It's almost a shame he won't get to face Felix Doubront on Thursday in order to see who can strike out the most batters in the shortest amount of time.

Like Doubront, Cobb actually had some issues in the game, giving up a pair of homers and three runs, as well as a pair of walks, and failed to pitch long enough to qualify for the W. With the Red Sox striking out all over the place this year, he might add to his recent success with the K to close out the series.

The Rays now have their lineup fully intact with Luke Scott back from the disabled list. Unsurprisingly, they've been hitting much better as of late while they've been winning, and Scott's 148 OPS+ in his 11 games has been a significant part of that. Their overall abilities at the plate are clouded by their home park as well as, in this season, their poor start, but they're right behind the Red Sox in wRC+ according to FanGraphs -- it's a good thing Boston has their two best starters going in this series, as they are likely going to need them.