With the Red Sox suffering through a frustrating slide and the bullpen being bit by the injury bug, there has been some retroactive second-guessing of the decision to let Jonathan Papelbon walk. Is that criticism deserved, though?

In times when things are going poorly and it seems like everything that could go wrong does go wrong, people tend to jump to rash conclusions and make panic-induced declarations. With the Red Sox reeling after jumping out to a 20-8 start, this is what is starting to happen around Boston. One of the problems that has been discussed a lot lately has been the surge of injuries in the bullpen, especially at the back-end. At this moment, the team is without its preseason closer Joel Hanrahan for the rest of the season, and his backup, Andrew Bailey, is also on the shelf. It's because of this that we are beginning to see articles like this one from Ron Borges, which included segments like the one below.

Red Sox management decided two years ago that the four-time American League All-Star wasn't worth the money he would get on the free agent market despite saving an average of 37 games a season during a nine-year career and refused to match a four-year, $50 million offer from the Phillies. This was called being fiscally wise. It was being economically prudent.

Well, today they are paying three guys to do the same job a total of $11,955,000, which is only a little more than a million less than Papelbon's $13 million salary.

It's obviously tough to see a guy like Papelbon go after holding down the back of Boston's bullpen in an admirable fashion for six years. Despite him continuing to pitch well in Philadelphia, though, it's still difficult to say the Red Sox made the wrong choice in letting him walk two winters ago.

First, let's go back to last year, where basically everything went wrong. This was the team's first without Jonathan Papelbon, and it also happened to be their worst season in recent history. However, no one could possibly blame that on the bullpen, as the relief unit was actually one of the strengths of the team. (Though that's not saying too much.) While it wasn't a truly dominating corps, they were able to put up a 3.88 ERA and 3.91 FIP as a unit over 514-2/3 innings, which was the eighth heaviest workload in baseball. Although replacing a guy like Alfredo Aceves or Mark Melancon with Papelbon may have given that team an extra win or two, it wouldn't have come close to putting them in contention.

Aside from that, the front office has managed to find guys that are capable of replacing the former closer for a much cheaper price. Of course, many of those moves haven't worked out, but Andrew Bailey has looked outstanding this year when he's been healthy, and could conceivably perform as Boston's closer through 2014 for a fraction of what it would have taken to hold onto Papelbon. In addition to Bailey, they've found a diamond in the rough in Junichi Tazawa, who took to league by storm in the second half of last season with his absurd 9.0 K/BB ratio, 1.43 ERA, and 1.82 FIP. When you add in Koji Uehara, the Red Sox still have a more-than-solid back of the bullpen without their former relief-ace. 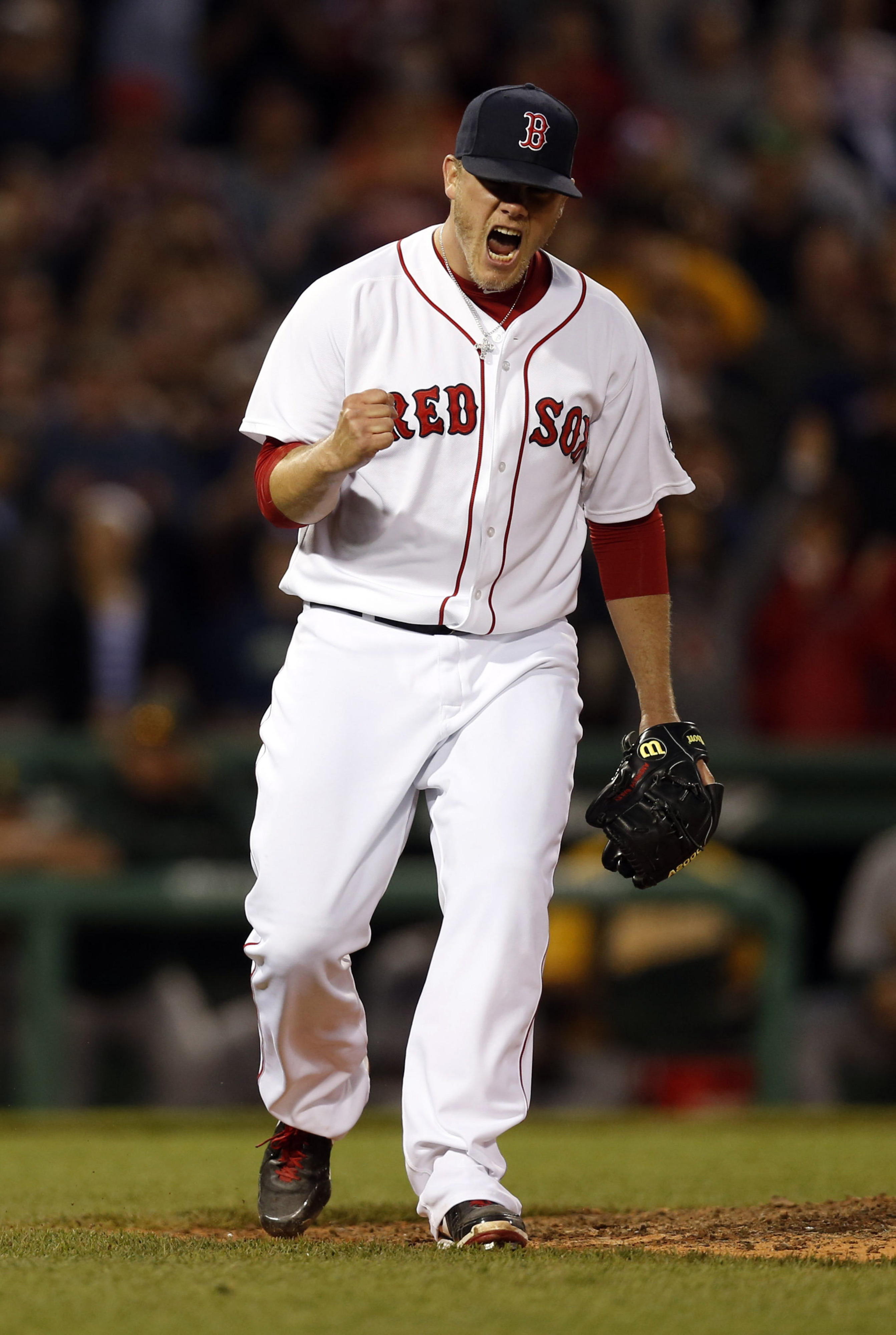 Besides that, it's important to realize what kind of repercussions would have come from signing Papelbon to the type of contract that the Phillies gave him. If Boston had been on the books for $13 million to their closer this season, there is almost no way they could've also brought in all the free agents they were able to. Whether that would've meant Mauro Gomez playing instead of Mike Napoli, Jose Iglesias starting at shortstop, or Ryan Dempster playing for another team, the 2013 Red Sox surely couldn't have looked like this. This is without mentioning that even without Papelbon re-signed to an expensive deal for 2012, that the Red Sox were forced to trade Marco Scutaro and sign bargain basement arms like Aaron Cook in order to work within their budget.

Ben Cherington and the rest of the front office are a group that's rededicating themselves to discipline in personnel moves, which is a philosophy that has been largely appreciated by a fan base tortured by the likes of Josh Beckett and Carl Crawford. However, signing a reliever not named Mariano Rivera to a four-year, $50 million contract would go completely against this philosophy-switch. 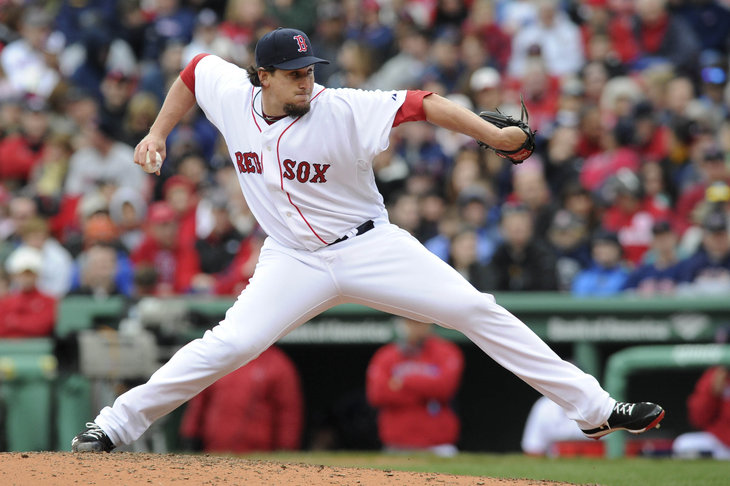 It is also important to remember the circumstances surrounding his signing with Philadelphia. It became clear to Papelbon early in the offseason that Boston wasn't going to give him the money he felt he deserved, which led to the Sox never even receiving a courtesy call to give them a chance to match the highest bid, according to Cherington. Also worth noting is that Philadelphia GM Ruben Amaro Jr. made the mistake of making the signing before the new CBA was ratified, giving Boston two compensation picks. Those two picks ended up being Pat Light and Brian Johnson, both of whom could be contributors on the major-league roster at some point in the future. Any retroactive look at the decision to let Papelbon walk has to include the careers of those two compensation picks.

None of this is to say that Jonathan Papelbon couldn't have been a valuable asset for the Red Sox. He's been one of the most consistent relief pitchers in the game over his career, throwing at least 58 innings in every year of a career, never posting an ERA+ worse than 112. In fact, amongst all relievers with at least 300 innings since 2006, his 2.28 ERA ranks fourth in all of baseball, while his 2.52 FIP is the best in the game. With all of that being said, though, it's tough to say the Red Sox made a mistake letting him go. Large, long-term contracts are always risky business for relievers, as bullpen arms are arguably the most volatile position on a roster. Additionally, any value he could have added likely wouldn't have made any drastic difference in the team's performance since he's left. When you factor in the moves they've made with the money saved, as well as the compensation picks they received for his departure, and any value Papelbon could have added is probably in the organization already. With the team in a rough slide and the bullpen fighting through injuries, it's easy to look back at the decision and criticize it. In the end, when one looks at all the facts, it's clear that Ben Cherington and company made the correct decision here.