The Red Sox have lost closer Joel Hanrahan to season ending surgery, meaning that for the second straight season, the Red Sox have traded for a closer during the off-season and got a player who was ineffective when he has pitched and missed the majority of the season. I, for one, cannot wait to see what Ben Cherington does next off-season.

Read More: What's going on with the Red Sox in May?

It is time for Red Sox fans to stage an intervention. We need to come together as people who care about the Red Sox and say, "listen, Ben, you have a problem. Your issues with trades-for-relievers have hurt us all and we want you to stop. We don’t to wake up one day this November and hear that you shipped off Xander Bogaerts and Henry Owens for one season of Edward Mujica. We care about you too much to let that happen"

As GM of the Boston Red Sox, Ben Cherington has now made three trades for relievers with the vaunted "proven closer" tag. Former Astros closer Mark Melancon was so dreadful in his first three weeks in that he ended up getting sent down and spent almost two months working his way back. Of course, he can’t hope to contribute anymore because he got traded to bring in another "proven closer" after one season. Ex-Athletics closer Andrew Bailey will almost certainly provide the Red Sox with the most value since he is pitching well as the current closer. If all goes well he could to turn his trade from an epic disaster to simply a terrible trade. Bully! Hanrahan is the most recent man acquired in a Ben Cherington closer binge and now that he is headed under the knife, we can forget about this trade working out as well.

All told, to this point these three players have amassed just 80 total innings, -0.9 rWAR and posted a 5.96 ERA. The Red Sox gave up Kyle Weiland (-0.2 rWAR), Jed Lowrie (2.8 rWAR), Josh Reddick (4.7 rWAR) and finally Melancon (0.9 rWAR so far this season) and four minor players, including one (Miles Head) who now ranks in the top ten in his new team’s system. The Sox also got Ryan Sweeney (0.4 rWAR in 2012, DFA’d, now with the Cubs) and Brock Holt. In trading for closers, Ben Cherington has managed a difference of -8.8 wins between the players he has received and the ones he has given over one season and just over one month of baseball. We should consider ourselves lucky that Heathcliff Slocumb has been out of the game for over 12 years. 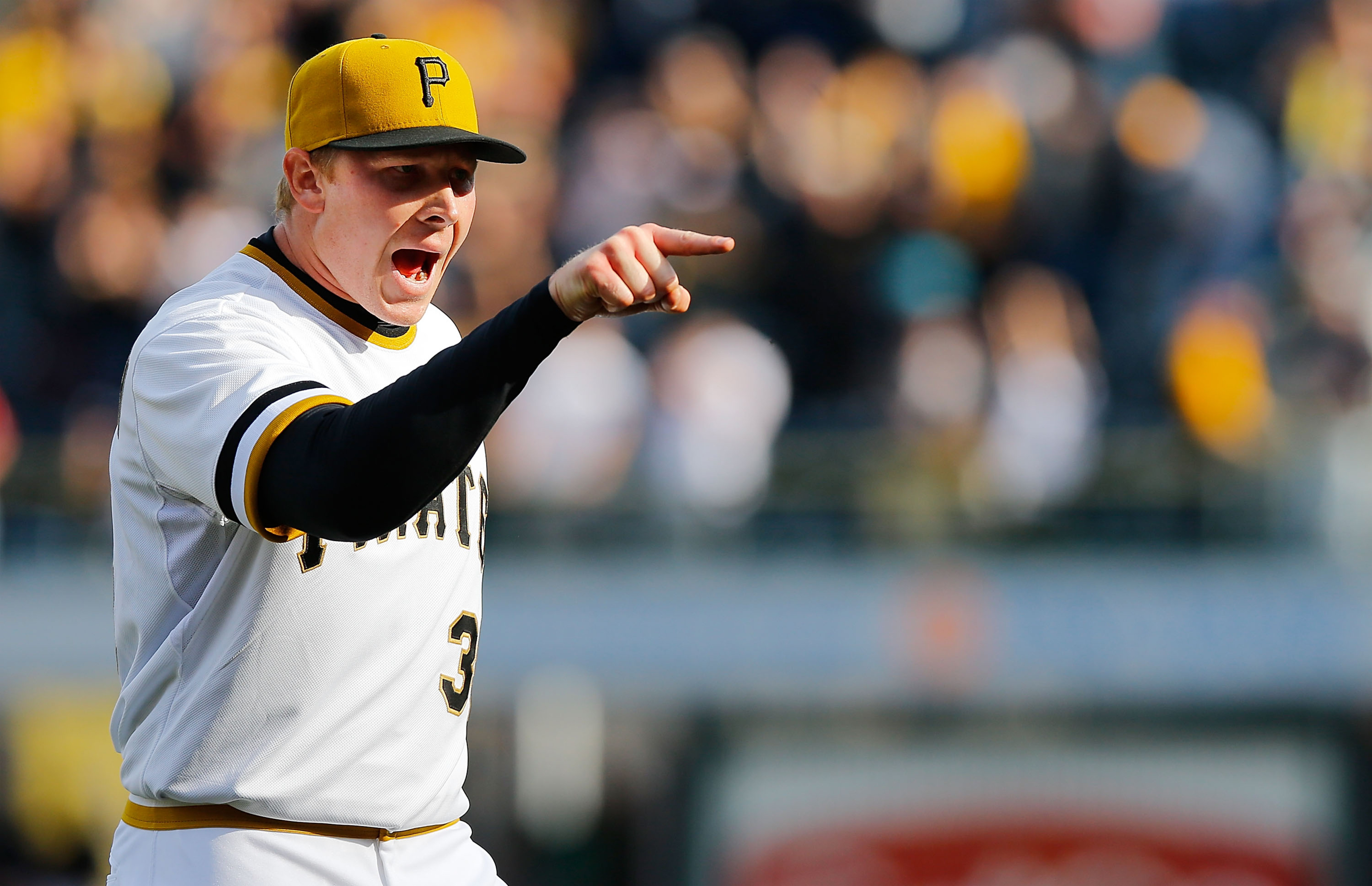 Of course, it is easy to sit here now and condemn these deals now that everything has gone horribly wrong with them. Using WAR totals to look at the difference in value probably exaggerates just how bad these deals are and it isn't the best system for judging relievers. There were other factors that made these deals look more reasonable at the time. The deal for Melancon sent two players the Red Sox could afford to lose to for a young, cost-controlled reliever with solid experience and strong peripherals. Lowrie was likely to the better player if he could stay healthy, but he never had made it through a full season (and he still hasn’t). Also, in Mike Aviles, the Red Sox had a starting shortstop capable of producing similar value. The Bailey deal was harder to justify if only because it cost the Red Sox a young talent like Josh Reddick and prospects (though, neither player would likely be considered top 20 players in the Red Sox system right now). No one saw Reddick breaking out the way he did in 2012, but he was a good bet for 2+ wins, young, and inexpensive. If he had not gotten hurt, Bailey could have combined with Sweeney to top any reasonable projection of Reddick’s value, in theory at least, but it was always something of a stretch and over the long term it was not likely to work out in our favor.

When both of those deals tanked so fantastically, you’d think that Cherington would try to avoid another such deal. Nope. Cherington sent Melancon, who had just figured things out again as the 2012 season ended, prospect Stolmy Pimentel and two spare parts in Ivan Dejesus and Jerry Sands to for Hanrahan, for a closer with one year remaining before free agency coming off a season in which he walked 5.4 batters per nine innings. The price tag here is nothing like that of the first two closers, at least, but Hanrahan only had one year remaining before free agency. Melancon had struggled, but he still had four years of team control remaining and Boston had invested a certain cost in him already. Rather than trust their original evaluation of him, they bought another fix-it-up project with one year of control instead of four. Even if Melancon was not currently pitching like one of the game’s best closers, it would hard not to question why the Red Sox didn’t take Hanrahan’s control issues more seriously in evaluating between the two. 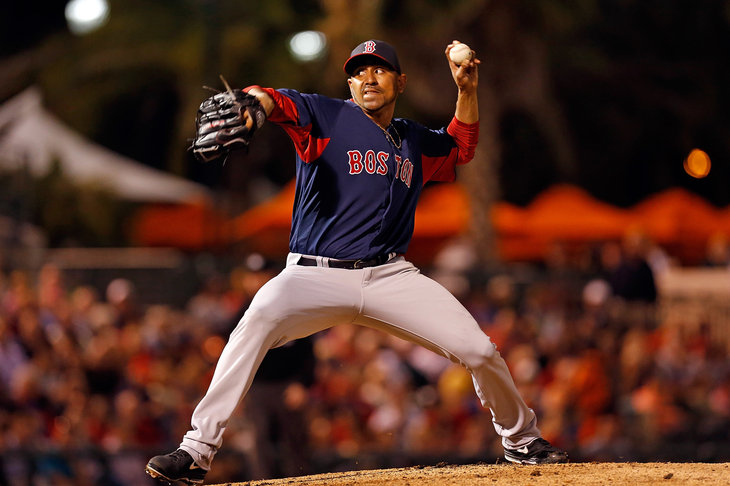 With Felix Doubront struggling and Allen Webster sent down to Pawtucket, is Franklin Morales in line to be Boston's new fourth starter?

When trading for non-closers or simply signing relievers, Cherington has done a reasonable job. Dealing Marco Scutaro for Clayton Mortensen looks like a smart move; Mortensen still has two pre-arbitration seasons ahead of him and he has already given the Red Sox 1 rWAR. Andrew Miller has added just as much value and didn’t even cost a useful major leaguer. Craig Breslow cost Cherington a lesser reliever in Matt Albers and 36-year old rent-a-player Scott Podsednik and he added 0.4 WAR in less than half a season. So far, Koji Uehara has been a great value at 1 year/$4.25M. Vicente Padilla didn’t work out all that well, but he didn’t cost much either.

Cherington’s problem seems to be almost exclusively related to closers and there is a lesson in that. Once a player earns the "proven closer" tag their price almost always outstrips their value. The team seemed to recognize this when declining to pay $50M over four years to retain Jonathan Papelbon, but when paying in players this knowledge has gone right out the window. By Fangraph’s dollar/WAR calculations, trades for closers have already cost the equivalent of more than $40M in wins in seven months of baseball and that number is likely to keep going up even if Bailey produces well in the future.

That failure may be more of crisis of confidence than a lack of talent. Before the 2012 season, the team chose to move Daniel Bard into the rotation instead of making him Jonathan Papelbon’s successor. Bard certainly lobbied for that change and the team may have had reason to suspect that he could not handle the pressure of closing, but his stuff and previous performance all appeared well-suited for the role prior to 2012. After a 44 brilliant innings last season, Junichi Tazawa found himself third or fourth in line for save opportunities at the start of this season. The Red Sox have not had a wealth of talent relief prospects to pull from, but they haven't sought to acquire those players either. Instead, the Red Sox have shunned the free agent closer market only to get sucked into an equally unreliable closer trade market.

Relief pitchers are an unstable commodity. They give us just 60-80 inning samples each season and that small sample size makes it hard to judge them accurately. For all the talk about the "proven closer" that goes on in the media, it doesn't provide any real predictive value. There are far more flash-in-the-pan closers than there are Mariano Rivera's and Trevor Hoffman's. The Red Sox won't chase saves on the free agent market, but have been doing so on the trade market and it has been a losing strategy. Teams like Oakland and Pittsburgh are more than happy to sell us their closers and move up players like Grant Balfour and Jason Grilli because they can't waste resources on something as unreliable as a the "proven closer" tag. Simply because Boston has more resources doesn't mean the Red Sox should spend them on something so ephemeral.

It doesn’t have to be that way though. The Red Sox are currently well stocked with hard-throwing youngsters. They are understandably pushing those players towards starting and not relieving since they opportunity for value is so much greater in the rotation. However, as Ben Cherington’s recent string of failed closer trades shows, you can lose value in many ways. Making a dominant closer out of a player like Felix Doubront or Anthony Ranaudo or Rubby De La Rosa could solve this issue of four or five years. If current trades continue, that could mean saving a number of wins from being traded away chasing players like Joel Hanrahan.