On hope, the Red Sox new season, and what (little) we know

Share All sharing options for: On hope, the Red Sox new season, and what (little) we know

Perhaps the greatest of feelings is hope. The idea that something good is in our future lightens the step, quickens the pulse, and opens the eyes. Seven baseball games don't tell you anything in a statistical sense -- indeed, it's hard to learn much of anything with such a small group of contests. It can be said, though, that through seven measly games the Boston Red Sox have, for now, given us some reason to hope.

... the hope that the pitching won't be a complete mess. Whatever miracle potion John Farrell and his accomplice Juan Nieves have concocted and liberally sprinkled over the starters' Cheerios has done the trick. More likely, the team's 2.95 ERA is the product of hard work, smart strategy, and not just a bit of good luck. We all knew coming into the year that for the Red Sox to compete they were going to need competent starting pitching from the top of their rotation. Through two turns (for the top) the Sox are getting it and then some. Save for some moments in the ninth yesterday, and any time Alfredo Aceves has taken the mound, the bullpen has been the shutdown group we'd hoped for. As Brendan O'Toole said yesterday, there's reason to hope, believe, and think that this can continue, that it isn't just the wayward gusts of lady luck. 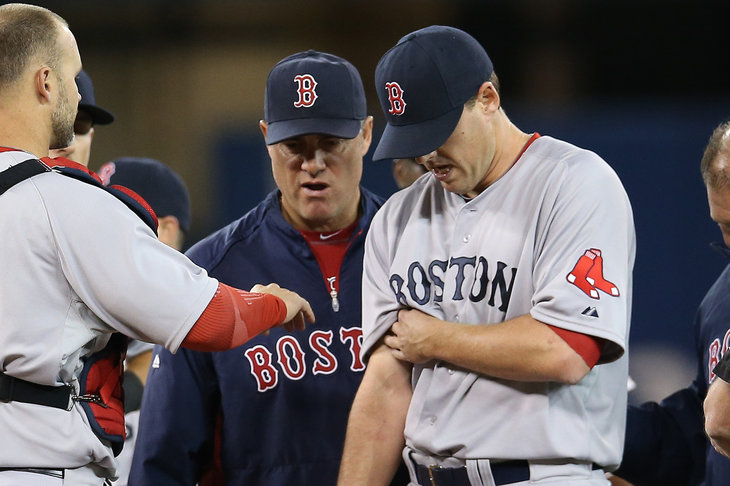 John Lackey shouldn't be out for very long, if his MRI results are any indication

... the hope that the team will be able to avoid major injuries and survive the few that do come around. I didn't see John Lackey's injury. It sure sounded like his arm came off mid-pitch, though. Fortunately some time and an MRI has revealed his arm to still be attached and, even better, functioning. Now it seems what looked to be a season-ending injury might not even put Lackey on the disabled list. Could similar circumstances have occurred last season? I mean, yes. But it sure seems like no given what we know about last year.

The same goes for the other injured Red Sox. David Ortiz seems to be progressing well from his injured Achilles. What a boost his presence would give to the lineup. Recovering from a concussion, Stephen Drew has played in minor-league games reportedly symptom-free. He should be able to join the big-league club later this week. This is a good thing (unless you subscribe to the idea that Jose Iglesias will continue to hit .500). Speaking of, the Sox were already down a shortstop when Iglesias deflected a Josh Johnson fastball with his arm. The potential was there for a far more serious injury but he missed but a game and returned to the lineup. Dustin Pedroia slid head-first into first base and hurt his hand. He hasn't missed any time and with a week's care seems just fine. Healthy even.

Winning baseball comes down to talent and execution, but it's hard to get that talent to execute when it isn't on the field. The Red Sox have had well documented problems with that for a while now. The team on paper is great but they must take the field together and consistently so for much to come of it. This may not represent a turning of the corner, but it at least shows the Sox have crossed over a few potholes without popping the tires. 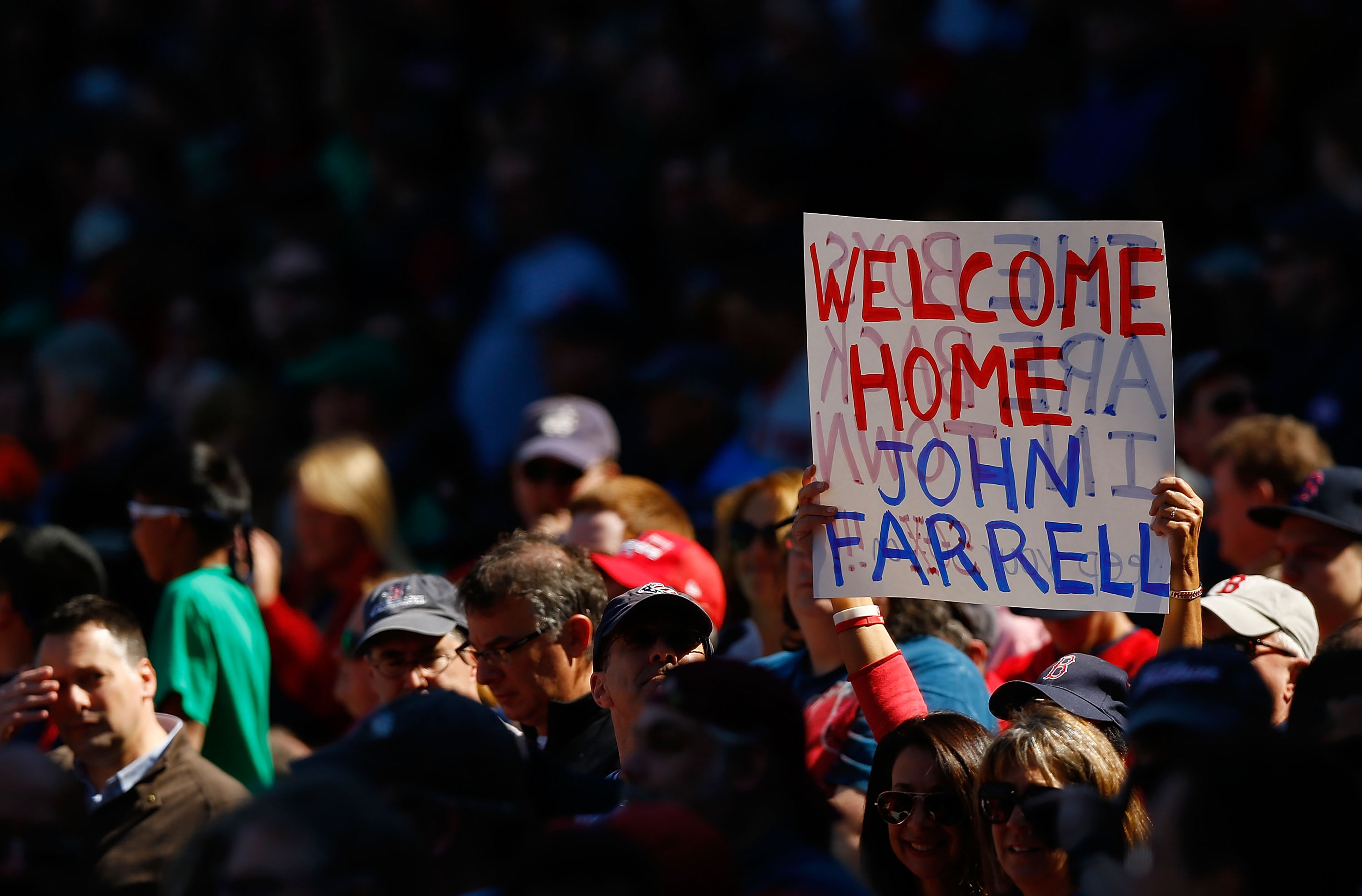 ... the hope that the manager knows what he's doing. I don't mean to spoil it for anyone but John Farrell is going to make mistakes and they are going to cost the Red Sox. It's the nature of the position. Being a manager of a professional baseball team is in some ways like being a doctor. The first goal should be to avoid injuring your patient/team. After that you just try to stave off death, or in the manager's case, decline. Through the impossibly small seven game sample, the Red Sox have, via Farrell or some other method, achieved an improved clubhouse, an improved pitching staff, and a generally sunnier outlook on things. There's of course no guarantee that any of those things stick around but their mere presence now provides hope that they might.

The length of the baseball season is always shocking to me. Especially so coming off the football season where every game matters. While that weekly struggle is what defines football, what makes the baseball season beautiful is that some of the games don't matter. Or, to put it another, more accurate way, the best teams lose. A lot. Losing isn't good, it's never good, but it is okay. It's that sense of perspective that we can apply to this season. This team may be many things. The range of possible outcomes is still, at least as I see it, large. But the hope that good things are to come is present, more so than any time in the past year and a half. It is present in the manager, it is present in the young players on the roster, it is present in the young players pushing their way through the system like flowers up through the ground. It's present in the vision of the front office.

As a rule new seasons bring hope. But this feels different. It feels genuine. It may turn out that this season is no different from its recent predecessors, we don't have nearly enough information to know yet. But with good, hard, honest play, some winning, and even a bit of overcoming adversity, through seven games the Red Sox have given us reason for real honest-to-goodness hope. For me, for now, that's enough.