Boston loses some first base depth in order to add Jackie Bradley Jr. to the 40-man roster

The Red Sox have lost some of their first base depth, as Mauro Gomez has been claimed off waivers by the Toronto Blue Jays. Gomez was on waivers thanks to being designated for assignment to make room for Jackie Bradley Jr. on the Opening Day roster. With the injuries in the bullpen creating temporary roles for the likes of Clayton Mortensen and Alfredo Aceves, Gomez was the clear option, despite the fact he could have some use. That's just the reality of a roster with a population cap to it.

Gomez hit .310/.371/.589 with Triple-A Pawtucket in 2012, winning International League MVP honors. In his 111 plate appearances in the majors as a rookie, the right-handed hitting first baseman hit .275/.324/.422. He's now 28 years old, and something of a Quad-A guy in the minds of many, as he's the type that can dominate the high minors but won't see that translate to the bigs. That's not to say he can't be useful, though, as Gomez could be a major-league player on a team with the roster space. Just not the same one he looks like in Triple-A.

The Red Sox aren't that team, though, not with their current roster construction, and not with Daniel Nava suddenly taking up an interest in backing up first base. Between Nava and Carp, the Red Sox are fine in the short-term should Mike Napoli go down with an injury. Anything more than that, and it wouldn't have been Gomez answering the call at first, anyway.

Let's end Mauro's time in town with this gem from Tim Britton:

My favorite Mauro Gomez memory was when he started at third base with sinkerballer Aaron Cook on the mound.

In case you've forgotten what Gomez at third was like: 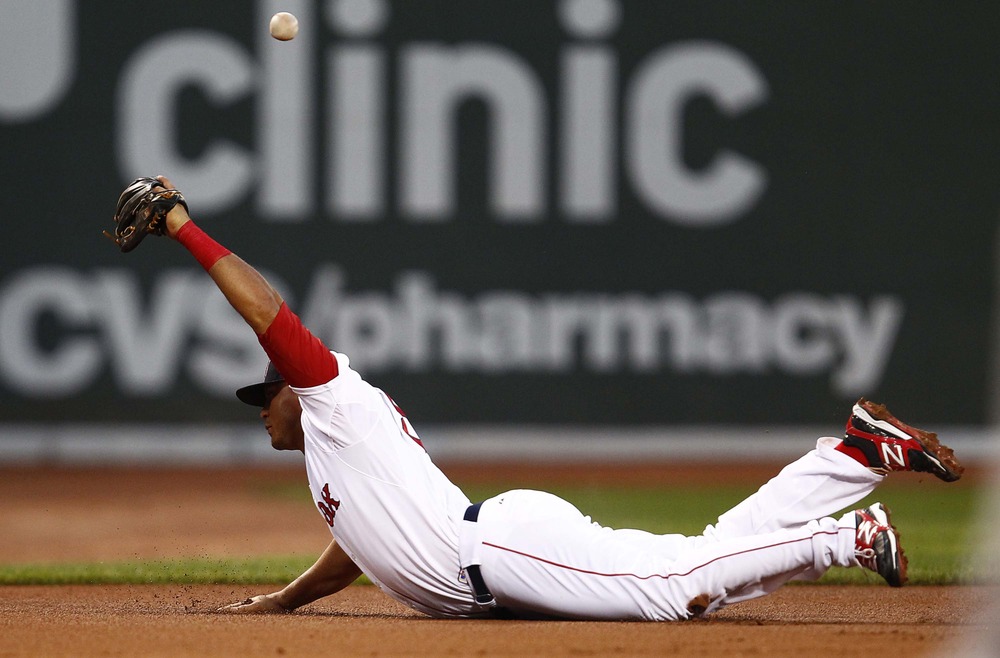 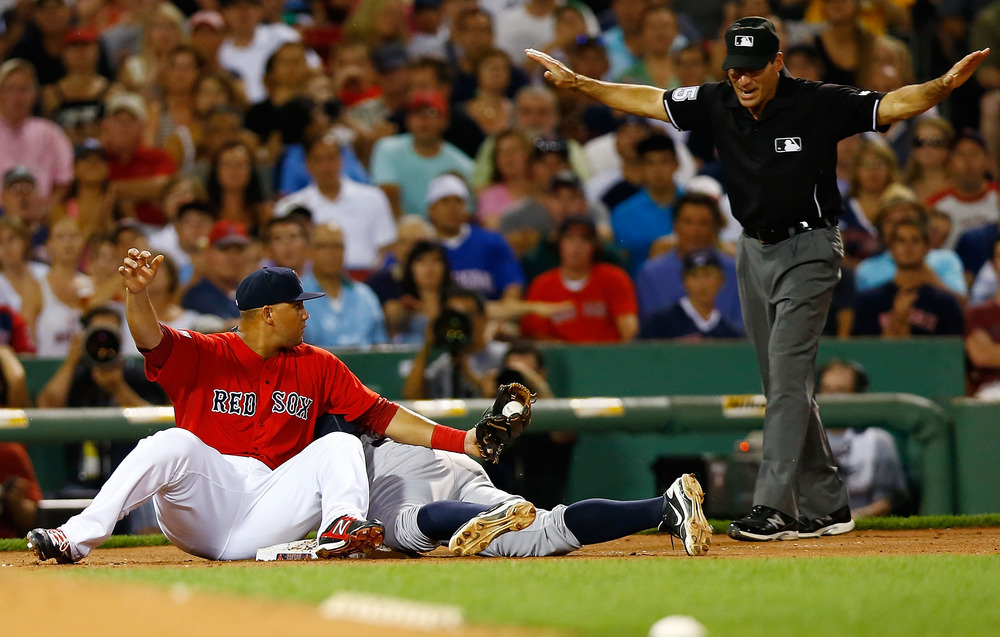 It's not Mauro's fault the Sox had injuries and Bobby Valentine was Bobby Valentine, so don't punish the third baseman in a designated hitter's body too much for the above.