Boston has won their first two series, putting them atop the American League East in the 2013 season's (very) early going. They are one game up on the visiting Baltimore Orioles, who, thanks to Chris Davis logging just one hit in the last two games, have dropped consecutive contests. Seriously, does he have to do everything around here?

[Sees that Chris Davis has 12 RBI in Orioles' victories, and drove in four runs in a game they lost by one run.]

Okay, so apparently Chris Davis does have to do everything around here, and has been doing an exceptional job of it, even. Moving on.

Buchholz didn't have his best stuff in his first start against the Yankees, but his two-seamer was on point, and that allowed him to twirl an efficient seven innings of one-run ball before he was lifted after 94 pitches. He gave up a home run, as he tends to do when facing the Yankees in April, but hopefully the ball stays within the confines of Fenway Park in his second start of the year. It's worth pointing out that, in Clay Buchholz's last 23 starts dating back to May 16 of 2012 (also known as the day his change-up returned), he has logged 157 innings with a 3.49 ERA and 2.6 strikeout-to-walk ratio. If he can stay that course, and Jon Lester is, in fact, back in Jon Lester form, the top of the Sox rotation is in a good place. 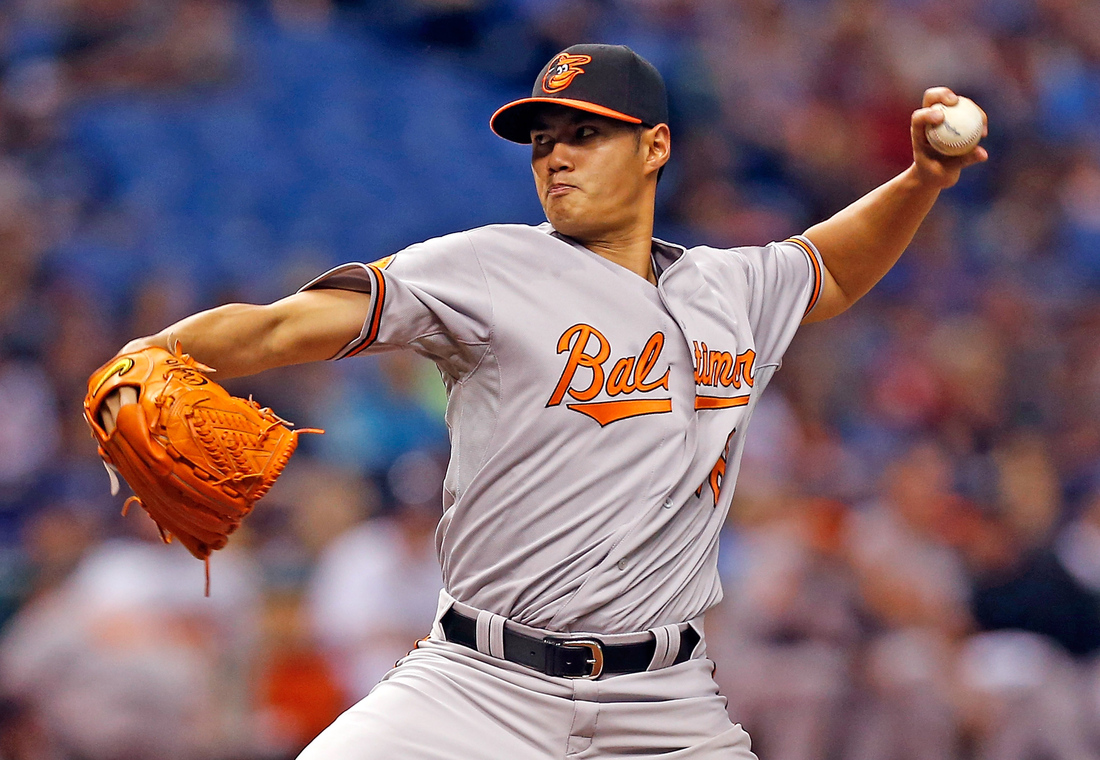 As for Chen, the 27-year-old left-hander was also solid in his first appearance of the year, striking out four in 5-2/3 innings without handing out a free pass. Like with Buchholz and Boston, the overall strength of the Orioles' rotation has a lot to do with Chen's season, and whether he can take a step forward and be a strong number-two type, or if he's going to be more of a mid-rotation, average arm.

Dempster's first start of the year wasn't great, but he got the job done -- the more significant issues were on the Red Sox lineup, which scored just two runs for the right-hander. Injuries might have made it more Yankees Lite than your standard Bomber fare, but three runs over five innings for a right-hander susceptible to lefties at Yankee Stadium lies within the acceptable range of outcomes. If he can have somewhat sharper command today, things should go a bit better: his eight strikeouts without a free pass were a big positive from the free agent acquisition, but he'll need to throw strikes more consistently to stay in games deeper than he did in his first time out.

Arrieta is in the rotation for now, as he seems to be at some point every year down in Baltimore. With new and shinier pitching prospects on the way from the minors, arms like Arrieta's need to prove they should be in future Orioles' rotations before much longer. He allowed five runs in five frames in his first start of 2013, and the Red Sox hope to see more of the same in his second.

Felix Doubront somehow avoided walking any batters in his first start of the season, but was removed after five innings and 90 pitches all the same. He could have gone deeper, as his pitch count indicates, but manager John Farrell has been leaning on his strong bullpen early in order to slowly work the starters into a regular pitch count routine. That certainly beats what Bobby Valentine was doing to the likes of Doubront and Daniel Bard out of the gate in 2012.

Doubront, as per usual, needs to throw strikes more consistently and efficiently in order to pitch deep into games. If he gives them six innings with three runs allowed nearly every time out, however, then he's still doing his job as the back-end starter. More would always be appreciated, however, and he certainly has the stuff for more.

Tillman had something of a post-hype resurgence in 2012, throwing 86 innings with a 2.93 ERA and decent peripherals. His new campaign didn't start out nearly as well, though, with the tall right-hander lasting just 3-2/3 innings thanks to five runs and four walks against the lowly Twins. One hopes the more powerful Red Sox can chase him in a similar fashion on Thursday.

Back home for the first time this season, the Red Sox will play their first of 17 April home games on Monday. Tuesday will be a day off, but they'll resume play with the O's on Wednesday, and then not see another day off until April 29, with all but one of those series coming at Fenway. The Red Sox have their first opportunity to establish themselves at home, and while they will have to do so without David Ortiz, without Stephen Drew (for a time), and possibly without John Lackey in the rotation, they still have the players to get things done and, for the first time in a few years, put together a strong April. We won't know for weeks whether that's the case, but that trip starts at Fenway, on Monday, with this three-game set against yet another AL East rival.