Six games isn't much, but a few things are already revealing themselves. Beware: here be tiny samples.

Share All sharing options for: Coming home and taking stock

The Fenway season kicks off in a couple of hours, and in a refreshing change of pace from the last two years, they're getting under way with a winning record. After the previous years' 0-6 and 1-5 starts, all we wanted this year was some sign of early life. I'd say we've gotten it, with the Red Sox going up against last year's AL East champs and this year's presumptive favorite, and coming away with four shiny new wins in the bag. More importantly, they haven't been fluky 2012 Orioles-style wins, they've been convincing victories coming from solid overall play. So what have we learned over this first week of baseball?

Lester was perhaps the single most disappointing player last year, struggling to find his mechanics, turning in mediocre starts, and falling far short of the performance we'd come to expect from the ostensible ace of the staff. He seems to have recovered. Against the (admittedly depleted) New York and Toronto lineups, he's come away with two wins, striking out 13 batters in 12 innings, and only walking two. His cutter, which couldn't find the zone with a map last year, seems particularly feisty so far. If this Jon Lester hangs around, we could be in for quite the season.

But Jose Iglesias has to be making the front office think about it. The kid's not going to hit .529 all year (sorry). But his approach at the plate thusfar has been terrific, and he's even got a few doubles to his name. It's been clear for a few years now that with his glove, all Iglesias needed to do at the plate to get a full-time gig was not be an automatic out. So far he's done that. Drew will start when he's healthy, but Iglesias is starting to show that he belongs in the bigs.

He's not clubbing every baseball in sight, as he did in spring training, but the rookie hasn't looked overmatched in his first starts above AA. I mean, he struck out looking against Mariano Rivera, but if that disqualified you from the bigs, the sport would swiftly get boring. With the way he hit in the spring, the hyperbole had started to fly around Boston, but his time in the real game has showed the player we're likely to see for the next decade (hopefully): patient, brilliant in the field, and way too mature for a 22-year-old. His first at-bat against CC Sabathia, drawing a walk on seven pitches, was the sort of thing ten-year veterans have trouble with. Kid's legit. 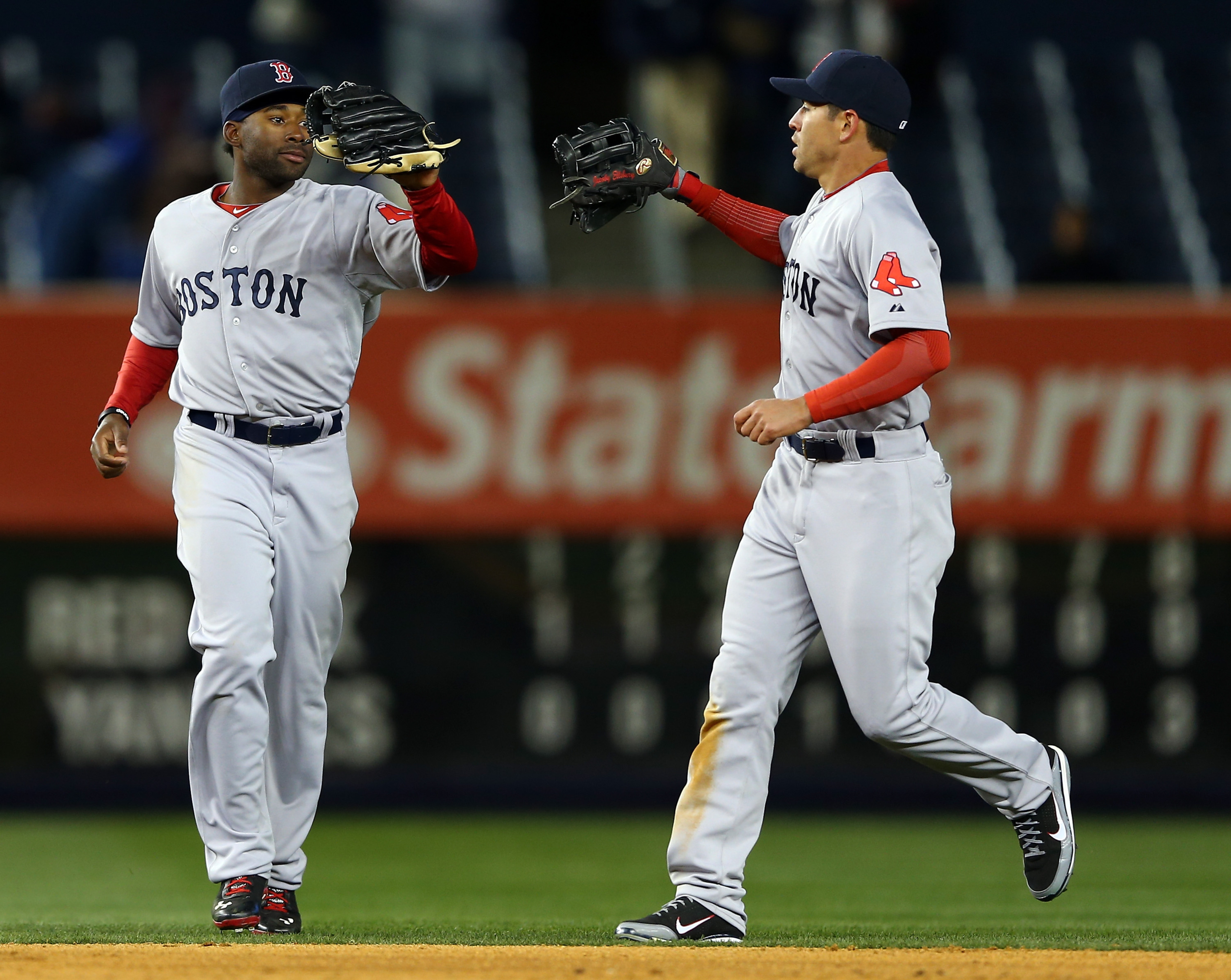 This bullpen is going to be really fun

The pen, which we all figured would be a strength, has been. With one notable exception, of course, because nothing can be quite perfect. Alfredo Aceves has been flat-out lousy, bad enough that there's been regular Twitter speculation that he's grooving pitches. Why would he do that? If any of you can explain the motivations of Aceves, you're welcome to try. But that way lies madness. Other than Aceves, though, this pen has been exactly what we wanted. They're piling up strikeouts and shortening games. A welcome change.

The team may need to calm down a bit

The big shift from last season was, of course, in clubhouse presence. Last year's squad sleepwalked and bickered through most of the year, this year's made teamwork and effort their focuses. That said, the team might have too much grit and hustle, and may need to be reined in. Twice in the opening series against the Yankees, critical players nearly hurt themselves on headfirst slides. One of those slides, by Shane Victorino, came at home as he tried to score from second on a passed ball. It killed a potential Sox rally, something which loomed larger when the Sox went down 4-2 in that game. The hustle has been great to see, now it's on John Farrell to channel it in a way that's smart and injury-free.

John Lackey got hurt, and we were all sad about it

Lackey's a tough one. He came to Boston in 2010, and was solid. He wasn't the elusive third ace we thought we were getting, but he wasn't bad. His 2011 was arguably the worst season by a starter in Boston history. 2012 was lost due to Tommy John surgery. Throw in the chicken and beer crap from 2011, and the occasional showing up of his fielders, and Lackey's staring at a long climb to get into Sox fans' good graces. But he was off to a hell of a start Saturday. He struck out eight batters in 4.1 innings, and looked for the first time like the Anaheim version of himself, before he was forced out by an arm injury. So far the team seems optimistic that the injury's not serious, and hopefully they're right.

It's fun to watch the Red Sox again

At some point this year, the team will slump a bit, it happens to every squad. Will Middlebrooks probably won't hit 108 home runs, 24 of them off R.A. Dickey. The Yankees will get healthier, the Blue Jays will start to gel, and the Sox will lose at least one annoying ump-show game to Tampa. But I think it'll still be fun. Last year, right from the start, every game opened with a sinking feeling, a wariness wondering how they'd screw up today. So far, there's been something fun in just about every game. Even the losses had Lackey's stuff working and a bit of a rally off Rivera. Baseball, fun baseball, returns to Fenway today. Let's give it a nice welcome.