The Red Sox are winning without him, but getting Ortiz back is obviously important for their season

David Ortiz played in just 90 games in 2012, and hasn't played yet in 2013 -- exhibition or otherwise -- for the same reason: his Achilles. While the Achilles itself seems to have healed, there was a bit of a cascade effect to the injury that caused inflammation in his heels during spring training. That seems to be behind Ortiz now, though, as he's in Florida for extended spring training, and set to play his first game of 2013 on Monday.

Ortiz might be there for a short time, as he could be in actual rehab games in Pawtucket as early as Thursday, according to Sean McAdam. Extended spring training lets them see if he can handle playing in games at all, and when that's been shown, then it's time to face the closest the minors has to offer to big-league pitching. Once Ortiz has shown he is both feeling good and has his swings in, then he can come back to the majors.

A Decade Of David Ortiz 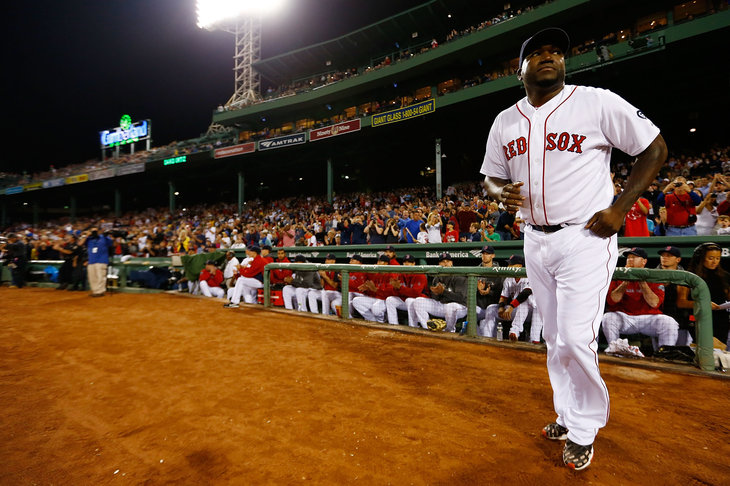 Holy hell, it's been ten years since they signed him. I'm going to go feel old.

This will have quite the effect on the Red Sox lineup, in multiple ways. For one, Ortiz, given his performance over the last few years, should be the team's top offensive option. He might not elevate the offense any higher than it is, but there's a far better chance of Ortiz remaining an offensive threat than there is for, say, Jose Iglesias, whose OPS is hovering around 1200 at the moment. Second, with Ortiz coming back, Jackie Bradley Jr. will be on his way back to Pawtucket, assuming there are no other roster changes, like an injury, between now and then. That will hurt the defense a bit, but this should be more than offset by moving the bats of Jonny Gomes and Daniel Nava back into left where they were expected to platoon.

This is all getting a bit ahead of ourselves, though, as Ortiz hasn't even left Florida for Rhode Island yet. If the Sox can keep winning without their top hitter, though, then good things should happen once he's actually, finally, back.