The 2012 Red Sox made a habit of letting big games slip away. The 2013 Red Sox have shown no such tendency, thus far.

Share All sharing options for: A game the 2012 Red Sox would have lost

Last night, Alfredo Aceves took the mound in the eighth inning of a game which had seen the Red Sox dominate the Yankees. Seven runs on the board despite plenty of stranded runners, the Yankees having fought back with just a lonely homer from Travis Hafner. The 7-1 lead was comfortable, with most everyone already marking game two off as a Boston win.

Then Aceves threw a terrible pitch to Vernon Wells, and the Yankees were within three. Three runs, of course, is a pretty good lead in just about any scenario, especially with just five outs to go, the bullpen fresh, and the bases suddenly emptied. Still, in the minds of a good few Red Sox fans, the homer flipped a switch. It was time to panic.

On some level this is just to say that the Red Sox had a bad bullpen last year, and they don't anymore. The team could rely on Scott Atchison when healthy, Junichi Tazawa after he came up, and Andrew Miller against lefties. But as far as your typical seventh, eighth, and ninth innings were concerned, it was pretty much train wreck territory. It's fitting, really, that one of the most troubled holdovers in Alfredo Aceves was the one to spark this fear. We'd been on this ride before, and we wanted off. 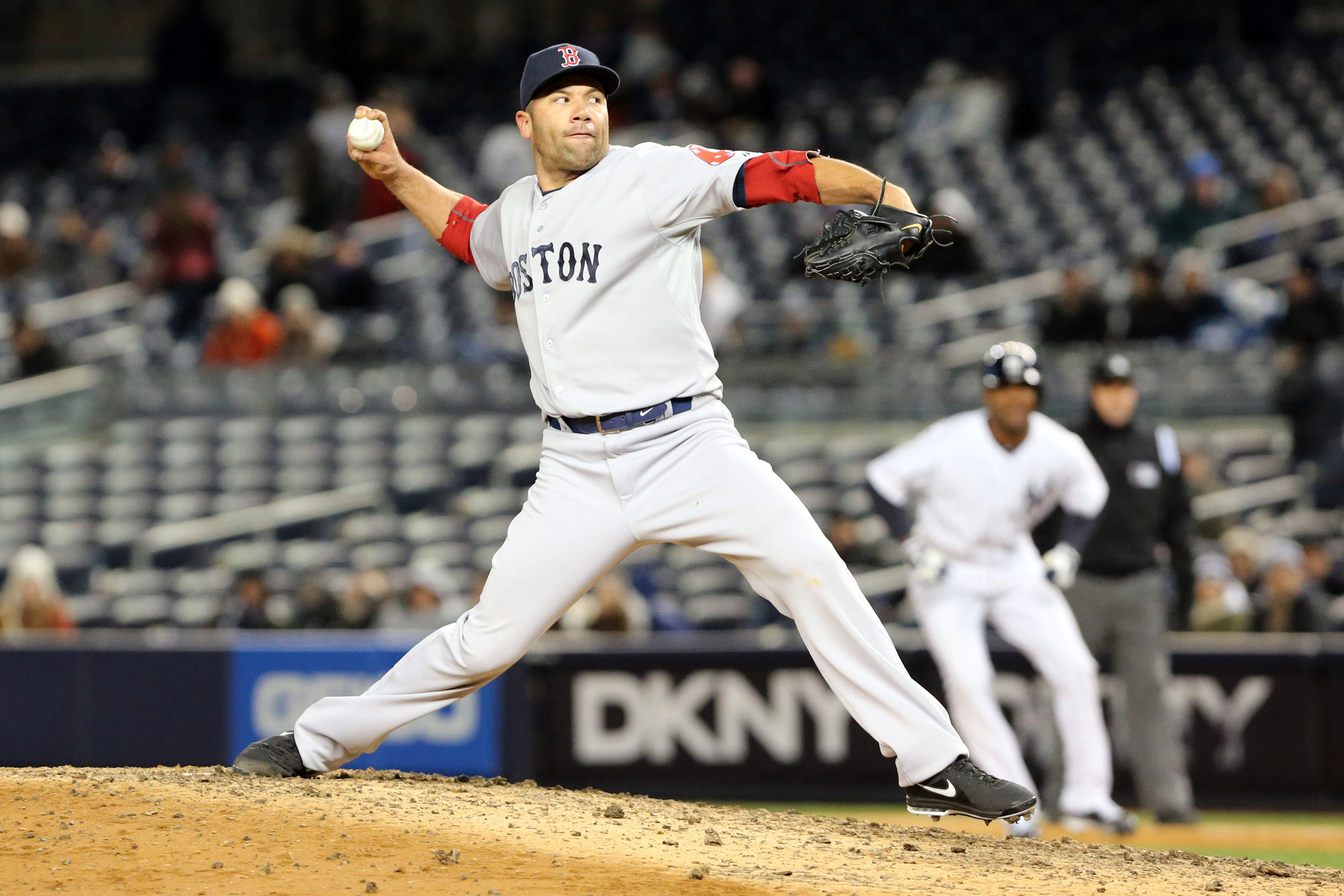 On some other level, though, this is about having a team that's not...infected. The 2012 Red Sox really did find ways to lose. If it wasn't the perfectly wrong bullpen moves and the awful pitching that accompanied them, it was defensive gaffes from typically solid defenders and the awful replacements alike. So when Joel Hanrahan gave up a ground ball single to Eduardo Nunez and then wasted a couple awful pitches to let the count run full against Francisco Cervelli, there was a feeling of inevitability to it.

Except Hanrahan is a member of the 2013 Red Sox, not the 2012 bunch. Facing that 3-2 count, he induced a weak ground ball to third base, and while the Sox could only get the one out off of it, their closer proceeded to fire off eight pitches that any closer would have been happy to call their own. Brett Gardner struck out, Ben Francisco hit a lazy fly to shallow right, and the Red Sox won, much in the way they would not have last year.

Is that oversimplifying? Absolutely. We're just two games into the season. It's hardly time to be celebrating these Red Sox as a revelation, and even the 2012 bunch won a fair few games after taking big leads. Still, between this and the fourth inning of Opening Day, the Red Sox have faced two crisis moments, gathered themselves, and moved forward. Right now, that's something fans don't expect. Hopefully, in the weeks to come, we manage to internalize it as the norm, rather than the exception.