Do the Red Sox have a fireman in Andrew Bailey?

Andrew Bailey played the fireman in Monday's win over the Yankees. Is this his role for the coming season?

Share All sharing options for: Do the Red Sox have a fireman in Andrew Bailey?

Two days ago, Kevin Youkilis stepped to the plate in the seventh inning representing the tying run for the Yankees. Andrew Miller had faced the previous four batters, allowing two walks before striking out Eduardo Nunez and Robinson Cano, but John Farrell turned to Andrew Bailey. Five pitches later, and Youkilis was retired, the victim of high heat.

It wasn't exactly the role that would be played by what we might call a fireman out of the bullpen. Andrew Miller was no longer struggling, exactly. The crisis moment had come in the previous two at bats, and the lefty had weathered the storm. Bailey being called in for Youkilis was more a matter of avoiding the Miller vs. right-handed hitter matchup then anything else.

Still, it might have been a bit of foreshadowing for things to come. The Red Sox have a very healthy bullpen, including two players with significant experience closing in Joel Hanrahan and Andrew Bailey. The former is locked into the closing role, the latter, however, seems free to roam at the moment.

Andrew Bailey, Joel Hanrahan, and the bullpen roles of each 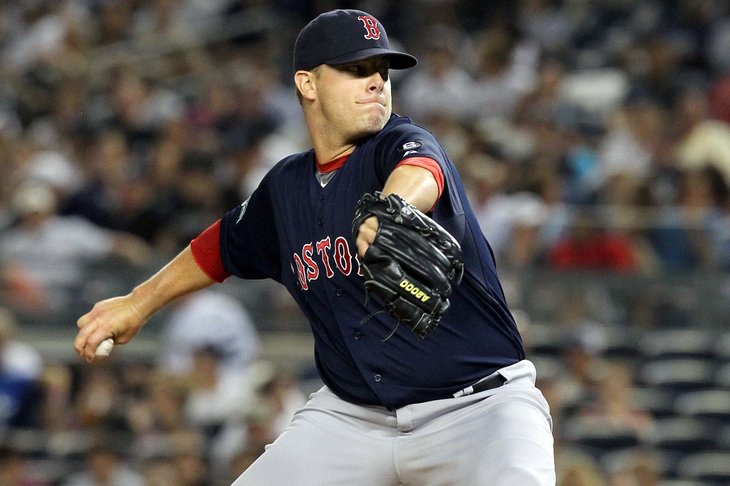 The Red Sox won't have a closer battle, but they do have two closers

Ideally, a fireman reliever would be the best pitcher in the bullpen. Is Andrew Bailey the best reliever available to the Sox? While it's not completely outside the realm of possibility, it's not exactly likely. Koji Uehara is the definition of solid, Junichi Tazawa the young arm with worlds of possibility, and Joel Hanrahan the closer coming off three successfull seasons. Andrew Bailey, on the other hand, saw his run of success come to an abrupt end in an awful, injury-marred 2012. The flip side, however, is that Uehara is old, Tazawa inexperienced, and Hanrahan coming off a 2012 which raised questions about his control, while Bailey doesn't need to do too much to write his 2012 season off as being a result of the injury.

If Andrew Bailey still has to win the trust of the fanbase, though, it seems he already has John Farrell's, given the position he was put in on Monday. And if Farrell trusts Bailey to get the job done, he makes perfect sense as the team's fireman. After all, in Uehara, Tazawa, and Hanrahan they can put together innings seven through nine even without lefty-specialist Andrew Miller and the injured Craig Breslow. And, if there's anyone who would not only be able to simply handle, but even thrive in pressure situations, it would be the former closer.

In a league that seems all too focused on the concept of closers, there are few teams able to afford the luxury of a second elite reliever designated to get the outs that often end up being even more important than the ones that come in the ninth. It would be getting ahead of ourselves to say that Andrew Bailey fits that category, just one at bat into a season that saw him post an ERA over seven. But if he can settle into that role, he will provide the Sox with a luxury they haven't had in a long while.