Stephen Drew cleared by MLB to play in games

A concussion knocked him out for a month, but he's finally on his way back to playing baseball

Share All sharing options for: Stephen Drew cleared by MLB to play in games

Stephen Drew has been out since March 7, when he took a pitch to the helmet in a spring training game against the Twins. He has been dealing with concussion symptoms on and off for nearly a month since, but it appears that he has finally turned a corner in that regard. Major League Baseball has cleared Drew to play in games once more, and Drew took immediate advantage by participating in an extended spring training contest on Tuesday.

Currently, Drew is on the seven-day disabled list that exists specifically for concussions, but the number of days attached has little consequence for him at this point: his injury is retroactive enough that he could return to action today, were he ready. He isn't ready, however, as he had just 18 spring plate appearances before missing nearly a month of action, so he'll need to spend some time in extended spring training, and in some minor-league rehab games, before he returns to Boston. There is no real timetable for his return at the moment, and given the injury he dealt with, he likely will not be pushed beyond his readiness.

Stephen Drew's ankle and his defense 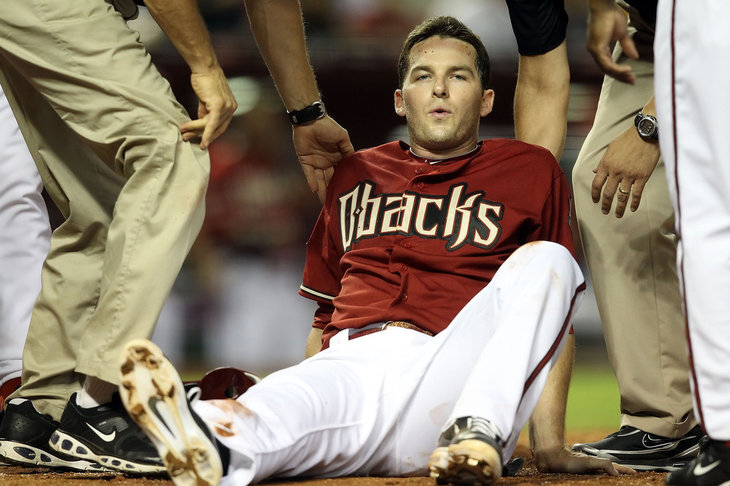 A fractured ankle ruined Stephen Drew's 2011 and his defense, but what can Boston expect all this time later?

In the meantime, Jose Iglesias will continue to man shortstop in Drew's absence. Iglesias had three infield hits on Opening Day, and while he's not there for his offense, games like that are appreciated. Even if he has just three more hits the rest of the time he's filling in for Drew, at least his glove helps lessen the pain of losing their starting shortstop to begin the year. With that being said, one hopes Iglesias is actually able to translate his strong spring into, at the least, acceptable shortstop numbers.

No one needs you to hit .300 with power, Iglesias (good thing, too), but if you could manage a 650 OPS or so while making highlight reels nightly with the glove, then you're doing exactly what the Red Sox need out of shortstop.