Ryan Sweeney signs with the Cubs

Share All sharing options for: Ryan Sweeney signs with the Cubs

Ryan Sweeney was on the 2012 Red Sox, and despite non-tendering him in the off-season, they brought him back on a minor-league deal with an invitation to spring training. This deal came with a March 28 opt-out, which Sweeney could invoke the power of should he not make the Opening Day roster. With the rise of Jackie Bradley Jr., Sweeney's defensive abilities became less important to the Sox, and he was cut from big-league camp, invariably leading to his opting out.

The Sox hoped to negotiate a new minor-league deal with Sweeney in order to keep him around as depth, but Sweeney, who played well in 2012 before suffering a concussion, felt he should be a big-league outfielder. That brings us to today's news, in which Sweeney has signed on with the Chicago Cubs to a minor-league deal. 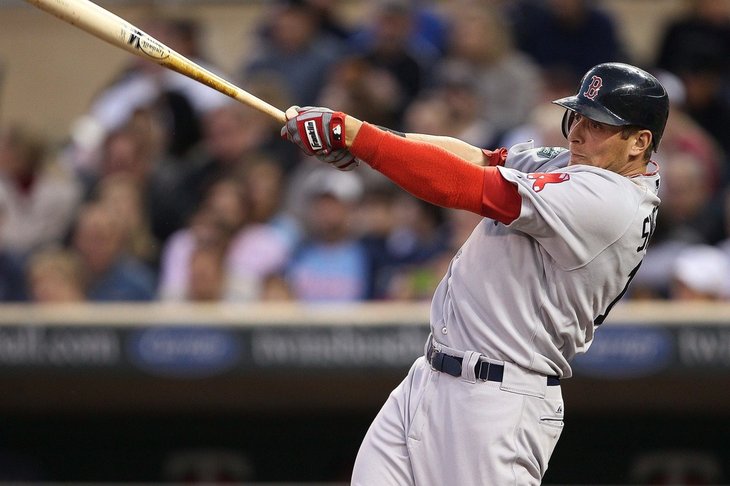 Sweeney needs the help, and has needed it for a while, but there are still plenty of concerns with his swing

Unlike with the Red Sox, Sweeney should be up in the majors soon. Whereas Boston's outfield picture is fairly crowded even without the emergence of Bradley, both in the majors and at Triple-A Pawtucket, Chicago lacks center field depth, and is currently using Dave Sappelt, 26 years old and a non-prospect with limited big-league experience, as a fifth outfielder. Sweeney could more realistically play his way into the Cubs' outfield picture than that of the Sox, and without seeing a bunch of players in front of him go down with injury, too.

Sweeney was likable enough, except for that whole wall-punching incident that ended his 2012. However, he can't hit lefties, isn't particularly dangerous against right-handers, and the Red Sox have a defensive outfielder capable of soaking up innings in the event of an injury now that Bradley has pushed his way to the bigs. So, unless things go the way of 2012 again, Sweeney shouldn't be missed. However, if things do go all last season again, with everyone getting hurt, it's not like Sweeney would have turned everything around by himself, either.