Runs? Check. OBP? check. Wait a minute- where is the power? A look at the missing ingredient in the Red Sox offense.

Share All sharing options for: Red Sox producing -- and winning -- without power

Entering Friday, the Boston Red Sox are 15-7 with a two game lead over the Orioles in the American League East. Their pitching has been fantastic with a league-leading 218 strikeouts in 196 innings. The defense is playing up to its potential as well, helping the Sox staff to the fourth-best ERA in the American League. On offense, the Red Sox are back to their grinding ways after a season of free-swinging futility. They rank third in the American League and sixth overall in runs scored. While Red Sox fans have gotten used to seeing the team at the top of the offensive leader boards, their production in these first weeks has been very different than expected.

Like so many of the great Red Sox offenses in recent history, this club can wear opposing pitchers down. is third in OBP and in walk rate among teams. They have also seen the third-highest number of pitches per plate appearance in the game thus far. This is the kind of battling offense that we have come to know and love since Theo Epstein took over the team in 2003 Yet, there is something missing from this Red Sox club so far this year.

Read More: Will Middlebrooks has some power

The Red Sox have hit fewer home runs than all but four other clubs. The last time the Red Sox lead the league in scoring, in 2011, they ranked third in home runs, first in slugging and they tied for first in Isolated Power with the Yankees. Right now, ranks seventh in the American League in slugging and eight in Isolated Power. The lack of slugging could be even worse too. The Red Sox are second in the league in doubles and in triples this year but that is with just over half of their games played in the doubles paradise that is . This leaves the Red Sox offense with a park-adjusted offense that is just two percent above league average despite the high on-base numbers (by wRC+).

Part of the issue comes from some early struggles from the team’s power hitters. David Ortiz began the season on the DL and his return is already helping to add power back into the lineup. The other big bats have not fared well in his absence, however. Will Middlebrooks has five of the team’s nineteen home runs and a very reasonable .217 , but he is hitting just .169/.195/.386 on the season. At the other extreme, Jonnny Gomes has had no trouble getting on base with his ridiculous 24 percent walk rate, but he is hitting just .188 and slugging just .250, for an of .063. 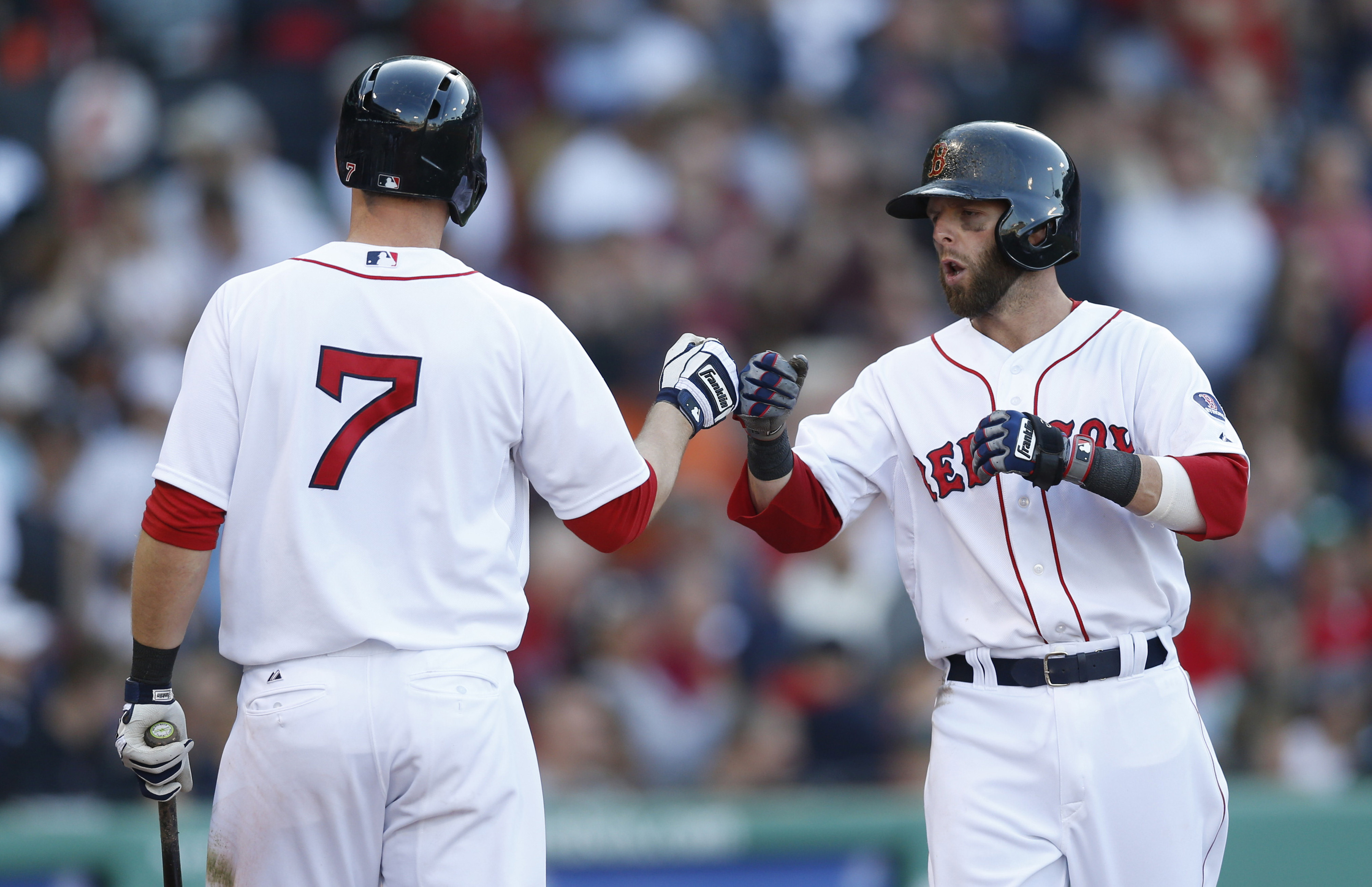 The big surprise has been two guys at the top of lineup. No one can claim that Dustin Pedroia or Shane Victorino are struggling right now: Pedroia is hitting .301 with a .408 OBP, while Victorino is at .292 with a solid .358 OBP. However, both hitters have shown almost no power in these first 22 games. Pedey has slugged just .337 and Victorino has slugged just .319: both players have ISOs under .050. All that time on base has been great for the Red Sox offense, however. Pedroia ranks second on the club in runs scored and Victorino ranks fourth, helping clean-up hitter Mike Napoli to a league-leading 26 RBIs. Their lack of power may be hurting their OPS, but right now it is enough that they are getting on base for those who have had their power stroke.

Both players have averaged ISOs above .150 in their careers, so regression in a positive direction here seems inevitable. In the small sample that is the 2013 season, these two normally-selective players have taken their patience to the extreme, swinging below their career norms overall and laying off of out-of-the-zone-pitches at extreme rates. Pitchers are also being less aggressive, throwing both Pedroia and Victorino fewer strikes than they are used to getting.

These results are unlikely to be predictive in any way. This Red Sox club will almost certainly hit for more power. If that doesn’t happen, however, they are not likely to remain one of the league’s top offenses. These first weeks have seen an extreme in production without power that simply cannot be sustained over 162 games.