Why did the Red Sox call up Ryan Lavarnway?

In a surprising move, Boston called up their catching prospect from Pawtucket for the series against the Astros.

Share All sharing options for: Why did the Red Sox call up Ryan Lavarnway?

The Red Sox sending Alfredo Aceves to Pawtucket came of something of a surprise, but only a little one. It's unlikely they'll be able to trade him at the moment, and giving him innings in games that count no longer seemed to be an option, either. With that, he's off to Pawtucket, because player options on veterans are a lovely little out clause for when you don't know what to do with a player but don't have to dismiss him from the organization entirely.

What was surprising was that Ryan Lavarnway was the one called up to take his place on the roster. At least, it was surprising initially. A closer look shows that the Red Sox didn't have many other options, and plus, it's likely to only be a temporary thing.

Here are the players on Boston's 40-man roster that were not already with the Red Sox at the time of Aceves' demotion, and are not on the major-league disabled list:

Let's go one at a time. Drake Britton is in Double-A, and hasn't solved that level yet -- he's not exactly qualified for major-league innings yet, and as he's already on the 40-man, he needs every minor-league inning he can get in order to figure out what his future is before he runs out of options in two years. Rubby De La Rosa is working his way back from Tommy John slowly, so the Red Sox aren't going to yank him out of his structured Pawtucket setting. Allen Webster might end up being called up on Sunday if the Red Sox can't use John Lackey. Steven Wright cannot be called back up, as there was no injury on the major-league roster, and he had just been sent down on Tuesday after the game. 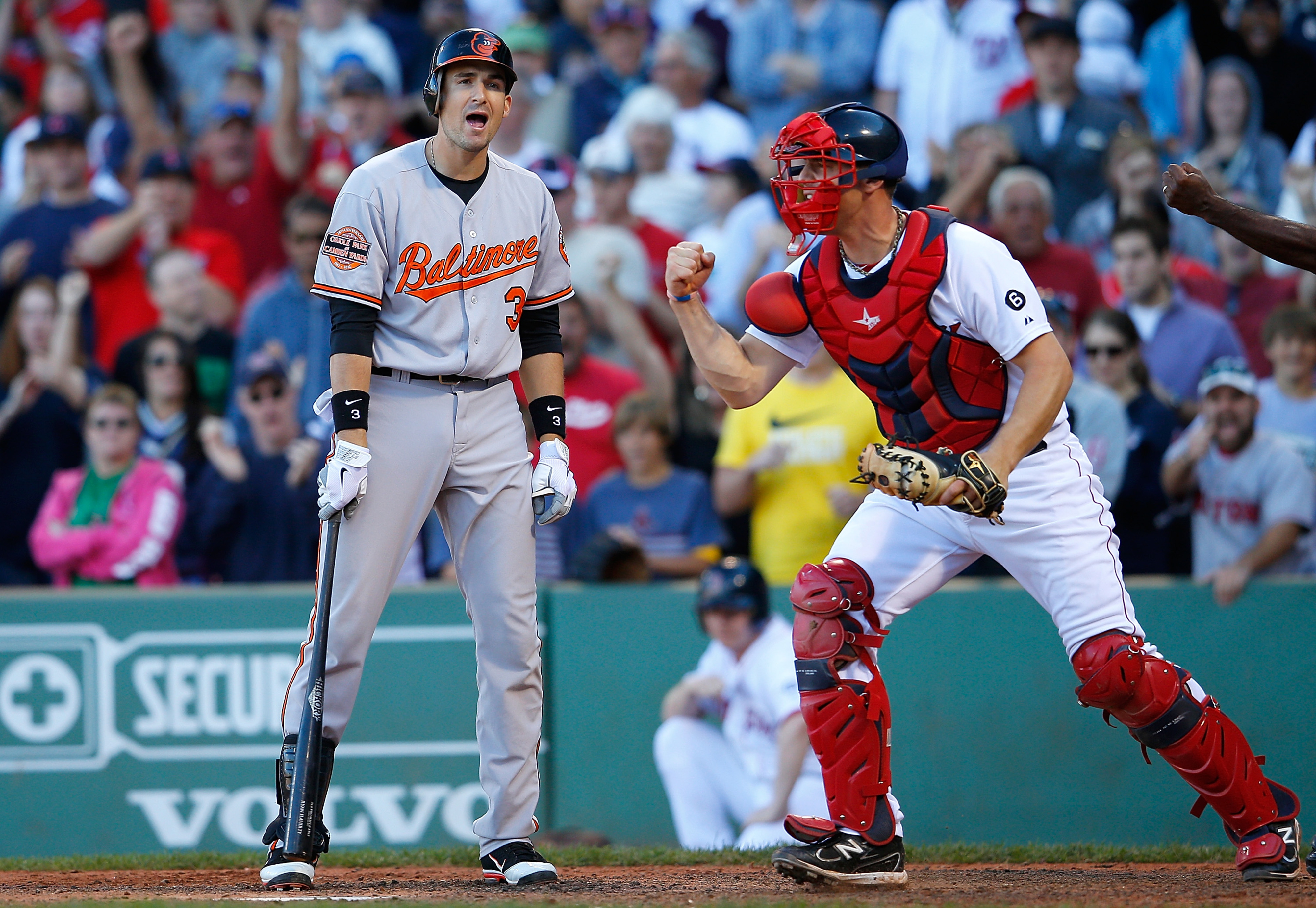 Dan Butler isn't hitting at Pawtucket, and never has -- if you're in need of a catcher who can catch in the short term, he's who you call up, but not if what you're looking for is someone who can hit off of the bench. Christian Vazquez, like Britton, is down in Double-A, and needs all the playing time he can get down there. Jose Iglesias could have been called up, but his bat has more value in the minors as he tries to improve it than it does on a big-league bench. Jackie Bradley Jr. was sent down fewer than 10 days ago, so, like Wright, he's not even an option. Alex Hassan could have been the guy, but he hasn't played yet in 2013 as he's recovering from a fracture in his foot sustained in the off-season.

That leaves you with Lavarnway, who got the call, and Brock Holt. While Holt ended his 2012 in the majors, he's barely spent any time in Triple-A, and is hitting all of .174/.235/.174 to begin this season. It's early, but he's got some things to work on, and isn't a reliable option for the majors at this point either.

Things kind of default to Lavarnway when you look at them this way, since the Red Sox clearly were not interested in clearing space on the 40-man in order to add someone who wasn't already on it. He's hitting .310/.423/.452 with a homer and three doubles after a rough spring and conclusion to 2012, and while he isn't likely to play every day in the majors while he's up, he's a catcher: part of his job is not playing every day, so he'll miss less development time than, say, Holt would have. And hey, maybe a couple of days to pick the brain of David Ross during big-league games could do him a lot of good as he tries to learn how to be a real backstop. 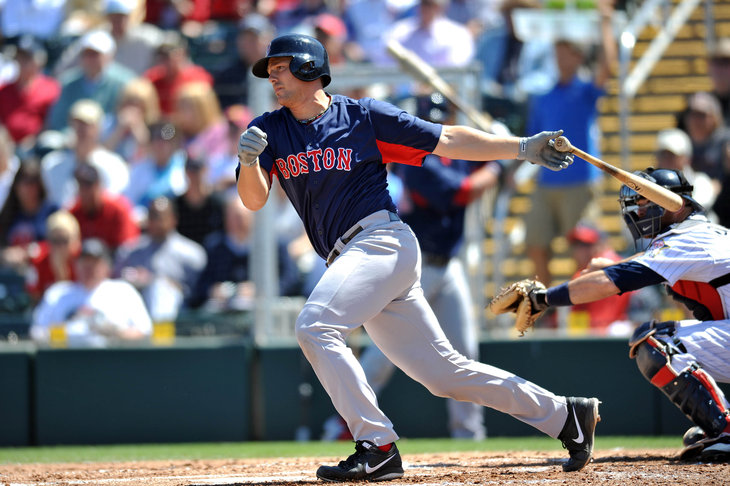 Allen Webster has done more than his numbers say, Lavarnway needs a big year, and Hernandez starts his first full year at Triple-A

Why did they need any hitter, though? With Shane Victorino's back barking at him the past few days -- but not bad enough to go on the disabled list -- it might mean games where a pair made up from the trio of Mike Carp, Daniel Nava, and Jonny Gomes are all starting. Throw in a potential David Ortiz day off, given he's not quite ready for the everyday thing again yet, and you can see where your options and bench get limited fast. Lavarnway could slide in at designated hitter for a game or two in this four-game set against the Astros, if need be, or just sit on the bench in case of emergency, picking the aforementioned brain of the aforementioned Ross while they watch everyone else do their thing.

He'll also probably only be up for a few days -- either Victorino's back will get better, or it won't, and if it's the latter, the DL can be invoked and a short-term, just-in-case fix won't be necessary. By that time, Bradley could be recalled if they're looking for another outfielder, or Boston will finally take the time to put someone else who can man the outfield on the 40-man in order to avoid interrupting Bradley's development once more. Until that will he or won't he moment, however, Lavarnway is here to mind the bench, or the DH slot, or whatever it is they need him to do over the weekend against the Astros.

In short: Lavarnway is up because he's the only option that makes sense with the current weirdness of Boston's major-league roster, but he should be back in the minors shortly, before his development is interrupted in any meaningful way. It was unexpected, but it does make a lot of sense.