Should the Red Sox cut ties with Alfredo Aceves?

Alfredo Aceves had an atrocious start last night, and his postgame comments only made things worse. In the wake of all this, is it time for the team to finally move on with him?

Share All sharing options for: Should the Red Sox cut ties with Alfredo Aceves?

In sports, one of the most valuable commodities a player can provide is versatility. People who root for the New England Patriots can attest to this, as Bill Belichick seemingly spends every waking moment trying to find guys that can slot into multiple positions on the field. In a more baseball-centric example, Ben Zobrist is quietly one of the most valuable players in the league. Not only does he swing a consistently good bat, but he can also play almost every position on the field, in both the infield and the outfield. This allows Joe Maddon to build the most optimal lineups, and slide Zobrist into any spot on the diamond that remains unfilled. For the Red Sox, they have a guy on their pitching staff that can shift almost seamlessly between the rotation and the bullpen, also known as a swingman. The only problem is he's just not worth it anymore, and it's probably time to give him the boot.

Last night was Alfredo Aceves' third spot start in the wake of John Lackey's bicep injury. He had solid performances in the first two, going five innings in each game, while allowing five total runs between the two starts. His third start was a different story, though. In an outing that included eight runs, four walks, and two balks, it was clear that he didn't have it. However, instead of just leaving it at that, Aceves had all of this to say in his post-game press conference.

"It's hard to explain to you guys," Aceves said. "You guys just see the errors, the runs, the hits, whatever. It's really hard to - how can I explain? - to get through that plate. For whatever reason, the strike zone got small. Obviously you guys don't see it that way. You see the runs. As a pitcher, man, it's not easy. Also, the weather, whatever weather it is, we should be able to play. Also it don't matter what score it is. We've got to have our backs, not because it's 10 or 13, I'm going to sit back and relax for the next game. No, there's no second game. We've got to have our backs. Pretty much that."

"Maybe his [Bartolo Colon's] strike zone is not that small, for whatever reason," Aceves said. "Also, we got our hacks. Why don't we hit?"

Now, it's important to note that English is not Aceves' first language, and it's possible -- even likely -- that he didn't mean these comments as they appear at face-value. If this was the first instance of attitude problems from him, his quotes would be pretty much a non-story. However, this isn't his first problem. As I'm sure we all remember, he had multiple run-ins with Bobby Valentine last season. The one instance that sticks out in my mind was when he gave the ball to Jarrod Saltalamacchia instead of his manager when he was being removed from a poor outing, a symbolic move against Bobby V. Then, he didn't wait long at all to test out John Farrell this spring, dogging it in some early spring training drills. Even beyond his quotes last night, his outing showed a tremendous lack of focus that can't be accepted. This was evident in not only his two balks, but also his failing to cover first base, among other issues.

Even looking past his attitude problems, Aceves hasn't even shown that he's an above-average pitcher. In his first season in Boston, as well as his three years in New York, he showed an ability to prevent runs. In 2011, he put up a 2.61 ERA (165 ERA+) in 114 innings. Looking back, it seems like much of that was predicated on luck on balls in play. That season, opponents had just a .231 batting average on balls in play (BABIP), and the highest BABIP he allowed in his first four years was a .249 clip. Any regression towards the league average would likely lead to an implosion, which we've seen. Since the start of the 2012 season, he has thrown 101 innings, and has a 5.93 ERA in that time, bad enough for a 73 ERA+. This is with a much more normal BABIP right around .300. It seems pretty clear that Aceves isn't even a valuable pitcher, especially with the talent in this bullpen. 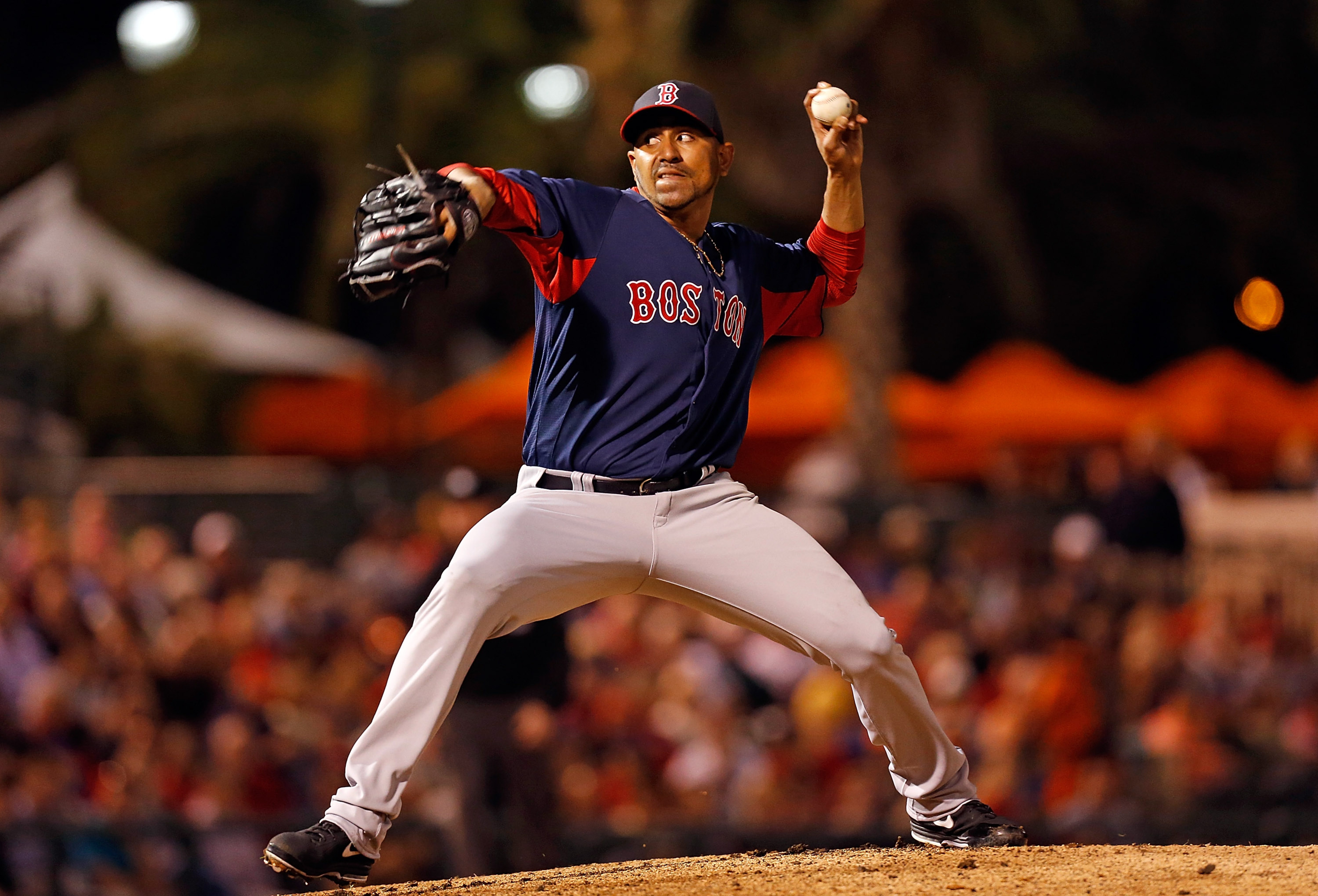 Franklin Morales is on his way back, and he will be handed the role that Aceves finds himself in right now as next-in-line for spot starts. Morales showed flashes of brilliance last season, and is an easy choice for the role over Aceves. In addition to the returning-lefty, Allen Webster showed that he's ready for the major-league level this past Sunday in his first start in a Boston Red Sox uniform. He was immediately sent back down to Pawtucket, but he could be in Boston whenever the team needs him to make a start or three. They also have the recently demoted Steven Wright, and Daniel Bard is coming to the team tonight. (Though not to start. For the love of God, please don't let him start again.) Even if they found themselves in a real pinch, they could rush up Rubby De La Rosa a bit quicker than they originally planned for, once his workload is built back up.

If they find themselves in a worse pinch than that, I can promise you that Alfredo Aceves wouldn't have been the guy to put the team on his shoulders and keep them in contention.

If just one of any of these reasons were the only one to exist, than it would probably be a bit rash to be calling for Aceves' removal from the team. When it's all three, the water becomes murkier. His on-field performance barely justifies his sticking around, and that's being generous. They have the arms to replace him, including both strict relievers as well as spot-starters. Finally, his attitude puts all of this over-the-top. He has helped this team in the past, and has shown tremendous versatility in his time here. However, he has also shown an inability to be a tolerable teammate, and that combined with the downward trend in his performance spells the end of his era. We all appreciate the value you provided in your better moments, but it's time for you to find a new team, Alfredo.