In defense of Stephen Drew

Even with Jose Iglesias around, signing Drew wasn't a mistake, it was a smart decision

Share All sharing options for: In defense of Stephen Drew

This past off-season the Red Sox were faced with a decision at shortstop: give the starting job to prospect Jose Iglesias, or dip their toes into the freezing cold waters of the free agent market and risk losing their piggies to frost bite. There's no suspense here -- we all know what happened. General Manager Ben Cherington opted to sign free agent shortstop Stephen Drew to a one-year, $9.5 million contract, one which effectively booked Iglesias for Triple-A.

During spring training Drew was hit in the helmet with a pitch and suffered a concussion. The symptoms persisted and he missed the start of the season. In stepped Iglesias who seized the opportunity by hitting .450/.476/.550 in the first six games. At that point Drew sufficiently recovered and took over the starting duties with Iglesias returning to Pawtucket. Drew's start to the year hasn't had the sizzle of his temporary replacement, or any sizzle at all, really. Through Monday night's game, Drew has hit an Iglesiasian (see what I did there?) .121/.237/.152.

So, faced with the choice between the superhuman fielding, 950 OPS hitting Iglesias and the expensive, lousy Drew, the Red Sox picked Drew because... they're stupid, I guess. Clearly they messed up. Iglesias should have and should get the job and the Sox should pack Drew's things for him and point him towards the nearest bus station.

That last italicized paragraph is roughly the narrative as I've come to understand it and there's more than a little wrong with it. First of all, that isn't the proper comparison. If you're going to criticize the Sox decision to sign Drew -- and let me be clear, that's a legitimate criticism -- you can't cite stats from after the signing took place to support your position. You have to look at the information available at the time.

Here's what we knew about Iglesias and Drew when the signing took place. We knew that there were (and are, but we'll get to that later) legitimate questions about Iglesias's ability to hit major-league pitching. Last year he put up a paltry 624 OPS, but that he did it in Triple-A is even worse. When called up the majors he hit, if you can call this hitting, .118/.200/.191. The best you can say of that slash line is there's some symmetry in the it. 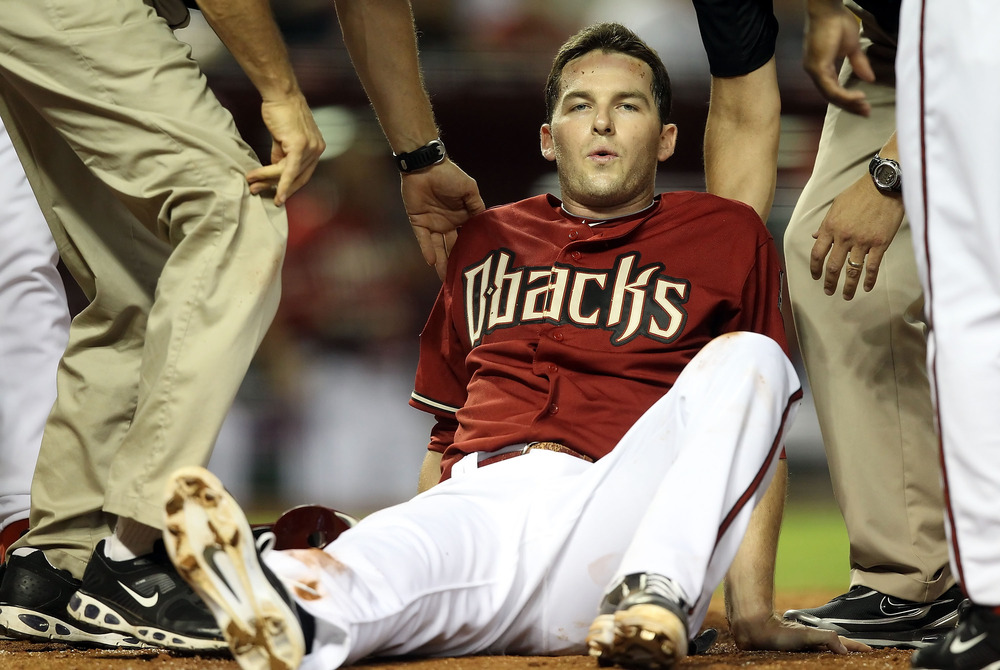 Drew, meanwhile, was coming off a gruesome ankle injury suffered in mid-2011 while with the Diamondbacks. Before that he put up three excellent seasons (2008-2010) before suffering a down 2011, likely due to a series of muscle strains -- the ankle injury kept him from rectifying that in the season's second half. Drew was by far the best available shortstop on the free agent market. He isn't in Iglesias's league as a fielder but then few are, and that doesn't take away from the fact that he's a fine defensive shortstop. What's more, he was the player with far and away the most upside at the plate -- he was a 4.5 win player just three seasons ago and he's still young enough to expect he might be able to do it again without being called crazy.

But even if you don't like Drew as a player, it's hard to question the contract. The Sox are paying Drew for less than two wins on the free agent market (wins generally cost about $5 million in free agency), so a decent season by Drew pays for itself. In short, the Red Sox made a very defensible decision to sign Drew and give Iglesias more time to develop away from the spotlight of Boston.

It should be said that none of this is arguing Iglesias will never hit. In fact, I've argued in the past that he'll hit at a level that will allow him to start and produce as a starting shortstop in the major leagues. People forget that Iglesias was rushed to Triple-A at the age of 21. That was after he had an underwhelming season at the plate for Double-A Portland the previous season. Yet, scouts still say that Iglesias has wrists quick enough to develop gap power. There is reason to believe that he has more development left to undergo and that the hitter we're seeing now isn't a finished product. In short, there is time for him to improve. 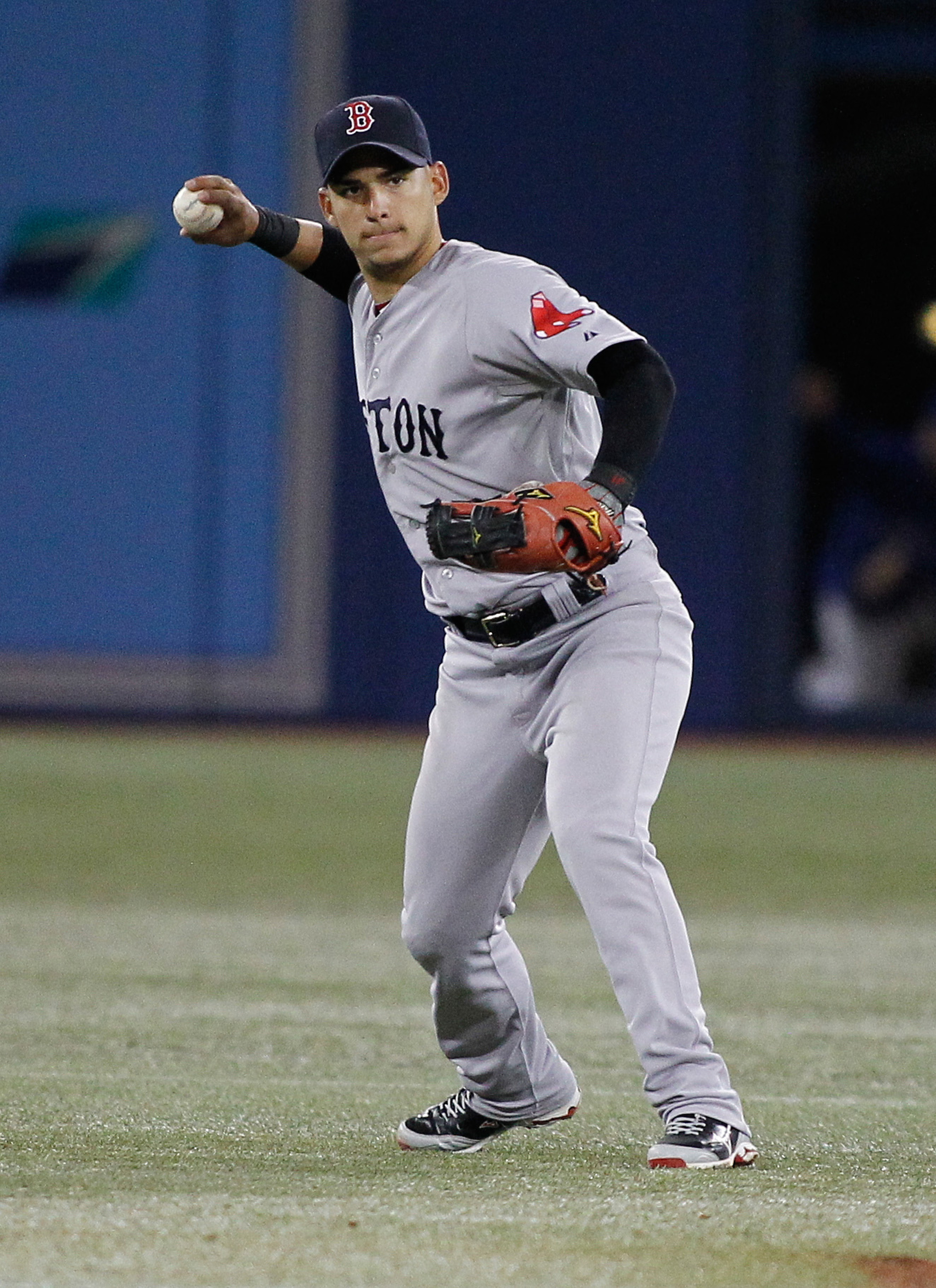 The Red Sox have ended the shortstop competition before it began, and finalized roles for multiple infielders in the process

The decision to sign Drew and send Iglesias to Triple-A was based, it seems, on Iglesias's utter futility with the bat, Drew's dropping asking price (many at the beginning of free agency thought he would get a multi-year contract with a higher average annual value), and something I have yet to mention: the Red Sox see themselves as a contender this season. When you're a contender you need to have your bases covered as much as possible and going into the season with a starting shortstop who clearly couldn't hit major-league pitching last season is just asking for trouble.

Beyond that, those clamoring for Iglesias to take over the starting shortstop job should realize that while he is making strides as a hitter, he's not a true talent .450 hitter. The number is beautiful, but according to FanGraphs, of his 21 plate appearances, zero resulted in line drives. He had a number of hits, true, but almost none were, as the scouts say, barreled up. The production is good but expecting it to continue at anything close to that level was foolish.

We'd all love to see both Iglesias's glove in the lineup and a home-grown regular at short, but Iglesias just isn't ready to start and positively impact a contending team. Despite his poor start, Stephen Drew can do that and for little in the way of cost. Signing Drew was the right move to make and that Cherington did it should pay dividends over the course of the season. Next year, too, if Iglesias manages to take those next developmental steps at the plate.