There's only so much room on the Red Sox pitching staff, and that means someone established has to go soon

Andrew Miller took the loss in the second game of Sunday's doubleheader against the Royals, but it wasn't all his fault. He was in the wrong place at the wrong time, as the final option in extra innings in the second of two Sunday games.* As his pitch count climbed, and it was clear his control wasn't where it needed to be, the hope was that he'd somehow get out of trouble before he gave up a run. He didn't, though, and Boston lost.

*Yes, Steven Wright was available, but the unpredictable knuckler wasn't about to make his big-league debut in a tie game in extras until there was literally no other option

Miller might find himself in the wrong place at the wrong time again, and soon. Except this time, it won't be on the mound. The Red Sox currently have four pitchers on the disabled list, and three of them should be back in Boston shortly: John Lackey, Franklin Morales, and Craig Breslow. When that happens, Miller might be pushed out of the bullpen -- and Boston's big-league roster -- by necessity.

Lackey will resume his place in the Red Sox rotation maybe as soon as week's end, pushing Alfredo Aceves to the bullpen. While Aceves pitching valuable innings out of the pen is still something to be wary of, his performance as a fill-in starter for Lackey has likely saved his job. He might not be needed all season long, but with questions about Morales' health still around, and no one quite sure how Lackey's arm is going to react after Tommy John surgery given this initial biceps scare, Aceves' versatility should keep him afloat for now. Miller, a lefty specialist who can't be trusted consistently against right-handed batters, has no such versatility to back up his roster spot.

Morales is making a rehab start with the Double-A Portland Sea Dogs on Wednesday, and while his return won't make any changes to the rotation like Lackey's, he does change both the depth chart and the bullpen. A healthy Morales is the first line of defense against an injured starting pitcher, but his day job is that of a lefty reliever who can face right-handed batters, and, by virtue of being stretched out as a starter, go a couple of innings if need be. Miller, again, does not have that kind of utility. 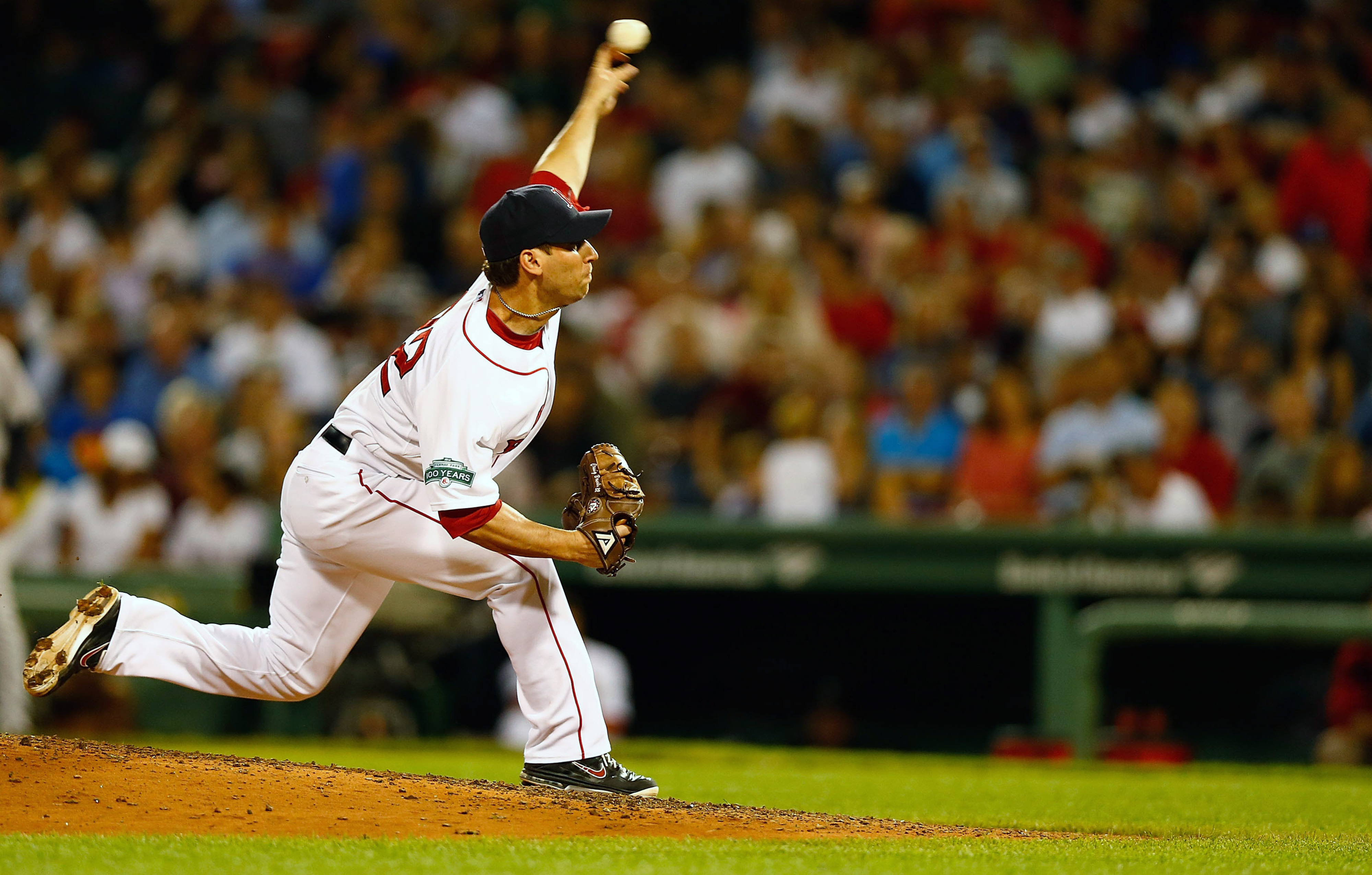 Then there is Craig Breslow, who has been slowed by shoulder weakness and tendinitis all spring and early season long. He's scheduled to pitch an inning for Portland on Tuesday, kicking off his rehab, and if all goes well health wise he could be back with the Red Sox in short order. When he returns, there are all of a sudden two left-handers in the bullpen besides Miller. While Breslow isn't starting depth, he's your ideal left-handed reliever, because right-handed batters don't fare much better against him than their southpaw cousins. In short, he's the lefty you would want on the mound in the situation Miller was an ill fit for on Sunday.

Now, the Red Sox have two other options they can send away before Miller's time is up. Alex Wilson and Steven Wright can be optioned to Pawtucket once Lackey and Morales return. When Breslow comes back, though, things get complicated. That's when Miller might see himself designated for assignment, as there will no longer be any relievers that can be optioned away on the roster. 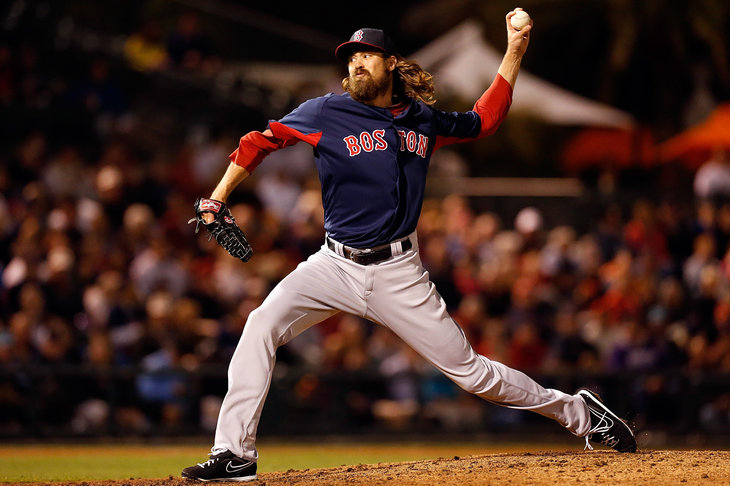 Andrew Miller drove Red Sox fans (and plenty of others) crazy before 2012, but he seems to have turned a corner

Clayton Mortensen is the only other reliever on the roster who could find himself sent packing at some point, but the early returns on the two could not be more different. Mortensen has thrown 8-2/3 innings in five appearances with nine strikeouts against one walk, while Miller, the left-handed specialist, has appeared in seven games but tallied just four innings, striking out seven and walking six in the process. With Mortensen succeeding, and free of the severe splits that plague Miller during his time with the Red Sox over the last year plus, it's very possible that he'll get to stick a little longer, while Miller is cast aside. Mortensen has his own set of questions, but if he can keep answering them at a time while Miller is struggling, then it's an easy decision as to which one to keep.

If Miller continues to struggle with his control, the Red Sox might be able to keep him. He could very well pass through waivers if his limited utility and lofty walk rates scare off potential claims. If not, though, with Morales back and Breslow through his shoulder issue, they still have two lefties they can rely on in the bullpen, and that, in a seven-man pen, is all that's needed.

Miller's success was unexpected but welcome in 2012, but it came with a slew of caveats. It's very possible he rebounds from this slow start and is able to turn in another high-quality campaign, but the problem is that he'll only be able to do so if he's once again a full-time lefty specialist. There just isn't room in the crowded and talented Red Sox bullpen for that kind of arm when the best pitchers are healthy, and because of that, Miller might be wearing a different uniform in a matter of weeks.