To wrap up the off-season, it's time to see where the prospect ranks averaged out to

You saw prospect lists all off-season long. Really, you saw nearly too many prospect lists all off-season long. If digesting all of these offerings was too much for you, though, or you simply want some kind of compilation, then Beyond the Box Score is here to help. Chris St. John put together consensus prospect rankings, using a dozen lists published over the winter, and the Red Sox have eight different prospects in the 190 names listed.

You already knew how many, if you've been keeping count, but what matters is where these eight reside. The methods used different than just averaging, as a point system was used:

Consensus Rank: To determine overall rank, I gave each player a certain total depending where he was ranked on each list. a #1 ranking equals 100 points and a 100 ranking equals 1 point. These are all added together and the prospect with the highest total is ranked first.

There you have it. As for where the Boston prospects actually rank...

Well, there you go. You can now say Xander Bogaerts is a consensus top-10 pick, because the math bears that out. Bogaerts is ranked much higher than last year, where he came in at 42, thanks to a monster year at the plate in High-A and Double-A despite his being a teenager. The fact that scouts are more convinced he'll be able to stick at short for at least a few years helps as well, as it makes him a shortstop, even for a short while, rather than a future corner player.

The talk of Sox camp might have been discussed as often as a top-10 guy, but he projects lower than that. Now, that's not to say sitting at #34 is a negative: Bradley is a future Gold Glove-caliber center fielder, and it's expected his patience will pay off at the plate. Plus, he's already seen quite the jump: Bradley didn't even make the consensus top 100 last year. 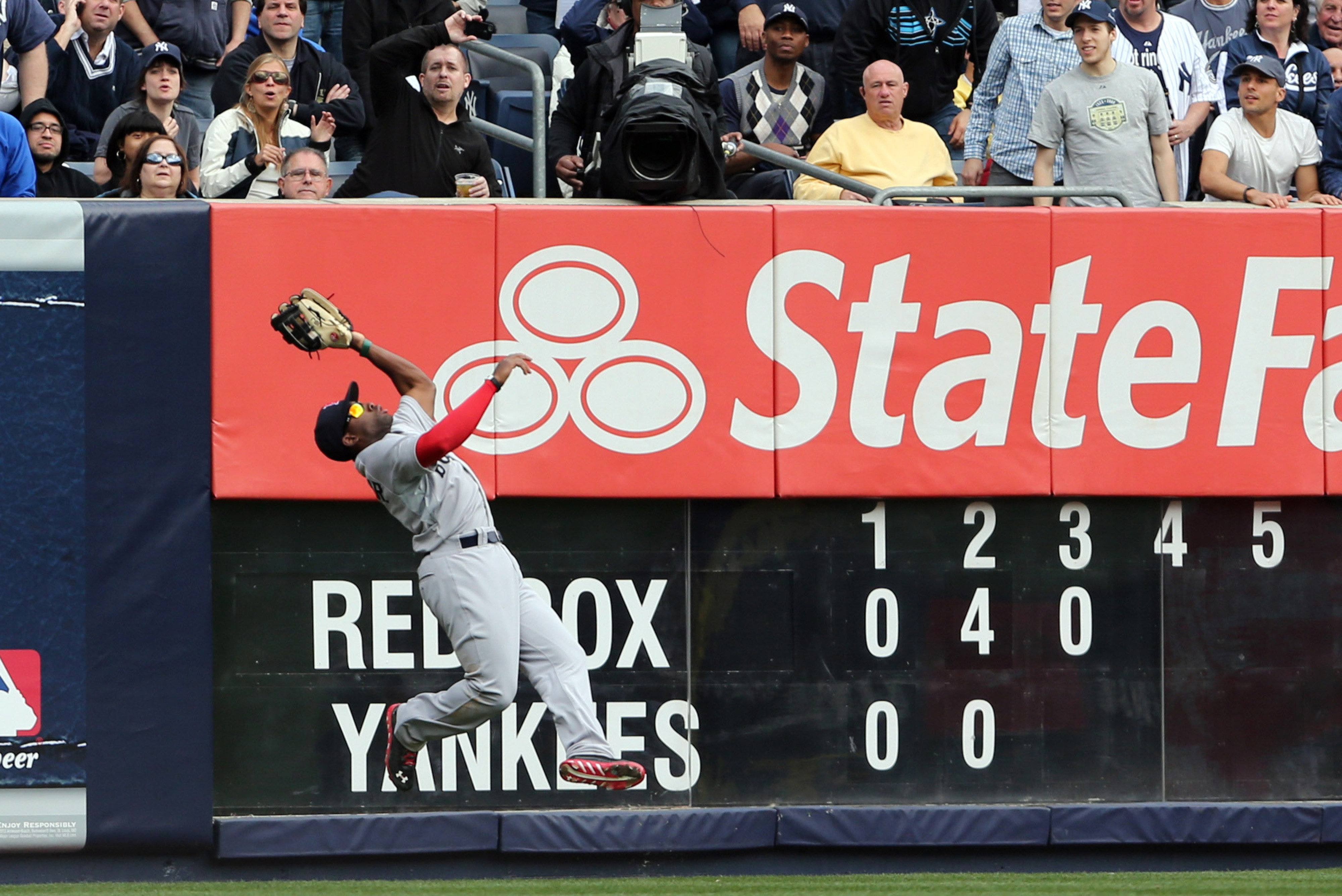 Some analysts liked Allen Webster more -- even before his ridiculous spring at big-league camp -- but it's Barnes who comes in as Boston's first pitching prospect on the list. Barnes will be on the Double-A roster this year, and if he can effectively utilize his secondary stuff as a complement to his plus heater, then he might find himself a little higher on this list next time around. His 2012 already accomplished that once, as he finished at 96 on last year's rankings.

The aforementioned Webster is back a bit on the list from his teammates, but if his mechanical changes pay off, it wouldn't be shocking to see him come in above Barnes in 2014. That, or in the majors already, and no longer qualifying as a prospect. Hey, nothing wrong with some optimism, it's still spring even if baseball has officially begun.

Owens made the back-end of a few lists, but was generally an "honorable mention" type for many talent evaluators. He's put on some muscle and has a full pro season behind him now, whereas heading into 2012 he was fresh out of high school. That could mean big things in terms of his future valuation by these analysts, as he seems primed for a breakout in full-season ball should his growth pay off in the ways it's believed it should.

Cecchini was just 21 in 2012, and hit .305/.394/.433 with 38 doubles and 51 stolen bases in 2012. He profiles as a third baseman who can add some power to his game as he adds bulk and ages, and since he just hit nearly 40 doubles in Low-A, it's not that difficult to imagine even for non-scouts. Should his defense not suffer as he gets older and bigger, and his contact skills are joined by increased pop, he won't sit in the back portions of this list for much longer.

Swihart dipped on the list a bit, falling from 112 to 140. That's not entirely unexpected, though: the difference between a potential switch-hitting catcher with some pop and defensive skills and one who already is at that stage was brought to the forefront with his 2012 campaign, whereas heading into last year draft hype dominated the conversation. April started off rough, but he improved as the season went on, and is still all of 21 years old for this year. He could very well be Boston's future behind the plate, and a tough first full season behind the plate is no reason to write him or his potential off.

Last, we've got Jose Iglesias, Boston's current starting shortstop while Stephen Drew is out with a concussion. Iglesias is still well-loved by some prospect analysts, who think enough bat will develop to give his defense the chance to shine on an everyday basis in the majors. Given the state of shortstop in the bigs right now, they're likely not wrong, either. And hey, he moved up 12 spots from last year, too. Progress!