It's April 2, so you know we're not kidding

Robinson Cano is in the last year of his deal with the New York Yankees. It was expected, given his agent was Scott Boras, that he would wait until after the season to sign a mega-deal that kept him a Yankee for much of the next decade, if not all of it. The key there, though, was the waiting: Cano would play out 2013, enter the free agent market, and use all the leverage at his disposal to squeeze every dollar he can out of New York. Red Sox fans, currently looking at the last year of Jacoby Ellsbury's deal in Boston, are familiar with this process.

The latter part can still happen, but it will likely go down without the waiting portion. Cano has fired Boras -- something you wouldn't necessarily do if you were still seeking a free agent deal -- and has hired Jay-Z. Yes, that Jay-Z.

Jay-Z is forming Roc Nation Sports, an agency off-shoot of CAA Sports, and according to Buster Olney, Cano is the first client. CAA Sports agent Brodie Van Wagenen will be handling the baseball portion of things, so it's not as if Jay-Z and Yankees' general manager Brian Cashman are going to have a face-to-face to talk extension, but still. This is Jay-Z's business venture, and Cano is the first to give him business.

Signing with an agency whose face is that of a New Yorker, when you're already in New York, when you've fired your agent known for securing the best free agent deals... it all adds up to a pretty obvious next step for Cano. He'll sign with the Yankees, but the exact when and for how much is unknown at this time. Both numbers are likely to be significant, though. 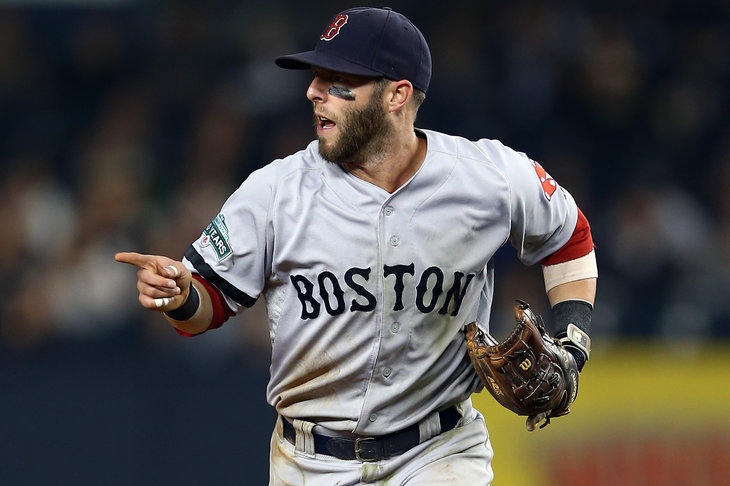 Dustin Pedroia isn't a free agent for a few years yet, but Boston is talking extension with him

The Red Sox might do well to notice this little sequence of events in motion. Their own second baseman, Dustin Pedroia, isn't as close to free agency as Cano. However, before Cano goes up and blows up the market for second basemen, Boston might want to get negotiations started with Pedroia in the hopes of making things a little cheaper. Reportedly, they began conversations on this subject over the off-season, but hopefully they haven't stalled out given the timetable to talk pre-Cano deal isn't quite as long as assumed.

We're entering an age in baseball where free agency as we know it is being eliminated by long-term extensions where risk is assumed by both the player and the team, with players sacrificing hypothetical dollars in future markets for guaranteed security. Given everything Pedroia has ever said about contracts and playing in Boston, he would likely be receptive to such an offering. Still, it's best to see where those discussions are before Cano drops a 10-year, $200 million extension on the baseball world this summer and changes the landscape at the keystone.