With Justin Masterson set to start tonight's Red Sox - Indians game, we look back at the trade which sent him to Cleveland in the first place.

Share All sharing options for: Looking back at the Red Sox' Victor Martinez - Justin Masterson trade

Earlier today, Marc looked back at a trade the Red Sox are lucky to never have completed. With Justin Masterson on the mound tonight, I feel the need to look back at one that was.

I'm talking, of course, about the trade which brought Victor Martinez to Boston back in 2009 in exchange for Bryan Price, Nick Hagadone, and Justin Masterson.

It's easy to forget, but the trade was not dictated by the decline of Jason Varitek. Looking back at his numbers from 2008 on, it's easy to fool oneself into thinking that Tek was no longer a viable starter, but through July 31st that year, Boston's captain had an OPS over .800. It was a brief renaissance, yes, but we could not have been sure of that at the time.

Really, the biggest factor may well have been David Ortiz. 2009 was Ortiz' lowest point, and the first half of the season had seen him hit a very disappointing .231/.317/.433, with two homers in the two games leading into the deadline giving that last number a significant boost. July would prove to be the starting point on Ortiz' road back to dominance at the plate, but at the time that was anything but obvious.

So the Red Sox went out and got a big right-handed bat who could play in place of George Kottaras (who would actually provide a very serviceable option behind the plate for Milwaukee over the next few years), or let the Red Sox shift Kevin Youkilis over to third, or even sub David Ortiz out against a lefty. Martinez did not fill one glaring need, but many small ones. 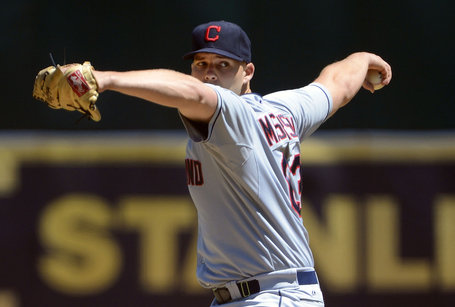 The price, meanwhile, did not seem terribly high. Justin Masterson had become a fan favorite in 2008, mostly in his role as Boston's surprisingly good sixth starter. He was, however, viewed as the third wheel of the Pawtucket pitching trio also including Clay Buchholz and Michael Bowden--one very likely to stick in the majors, but not necessarily likely to make the biggest splash. That stock had taken a hit in recent months, too, with the 2009 season not treating him nearly so kindly. A pair of bad outings which saw him allow seven earned runs while recording a total of two outs (costing the Red Sox a win against Kansas City in the process) had soured his reputation with fans, and with Daniel Bard having already made a name for himself in Boston, it was clear Masterson's bullpen spot was vanishing.

Really, Nick Hagadone was just as big a part of the deal as Masterson. He'd made a strong return from Tommy John surgery, and was a big left who could light up the radar gun. Since then, he's struggled to make it work in the majors, even as a reliever, but he was named a top-50 prospect by Baseball America before the 2010 season. Bryan Price was a throw in, but Hagadone probably has as much claim to the title of "centerpiece" as Masterson. 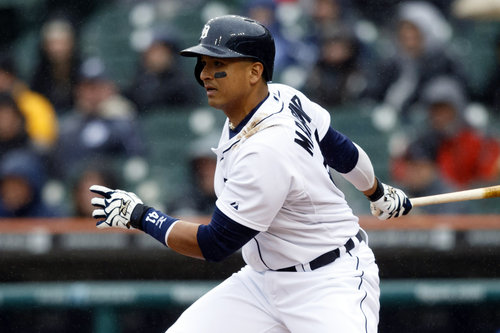 We were here five years ago! Check out the reaction from Sox fans in the comments.

So what did each side end up getting out of the deal? Boston enjoyed a season-and-a-half of a good player in Martinez, and then let him go in free agency. So far, Cleveland has had one year of top-level pitching from Masterson, and a whole bunch of mediocre innings. That looks a lot better, though, when you consider that he was under team control this whole time, and will be next year as well. He's even off to a great start in 2013, for what it's worth.

Still, if we were to stop time here, I think I'd take Boston's end of the deal. You can argue, yes, that Martinez didn't really win them anything, You can argue that the money they paid him makes up for the difference between his production and Masterson's. You can even argue that having Masterson over those two years might have been better for the Sox than having Martinez, though I think that's going to be a difficult argument to make.

There's more to the argument than just that, though. After all, when the Red Sox let Victor Martinez leave, they got a pair of draft picks from the old compensation system. Those picks would turn into Matt Barnes and Henry Owens. The former is, of course, one of Boston's best prospects (though he's off to a tough start in Double-A), the latter a very interesting arm who's looking to turn a year of excellent peripherals into a year of excellent results in 2013. If he does, he'll find himself moving up prospect lists himself.

Of course, time isn't stopped. Justin Masterson will finish 2013 and 2014, and if he performs well enough in 2014, will bring the Indians a draft pick of their own if he doesn't stay on as an important piece of their rotation. In that time, Matt Barnes and Henry Owens could grow into the next wave of Red Sox starters, or they coud fall off the map entirely.

In the end, the likely scenario is that each team looks back at this as a decent deal. One side will probably look at the other and determine that they got more out of it--be it because Masterson establishes some consistency, or because Barnes develops into a front-line starter. On the whole, though, each team will still have some real value from it six years down the line, and there are few enough trades which provide that level of satisfaction.