Ubaldo Jimenez, the Red Sox, and the 2011 trade deadline

The Red Sox needed a pitcher back in July of 2011, but given recent history, should be happy they didn't go with this one

Share All sharing options for: Ubaldo Jimenez, the Red Sox, and the 2011 trade deadline

Let's hop back in time to late-July of 2011, when Ubaldo Jimenez was still on the Rockies, and the Red Sox needed a starting pitcher due to injuries in their own rotation. The Denver Post's Troy Renck, on July 24:

Jimenez remains the most intriguing Rockies piece. [Dan] O'Dowd created parameters a week ago when he told me it would take a "Herschel Walker-type deal" to move the Rockies' ace. In talking to multiple executives and scouts, it's clear the Rockies want three players in return for Jimenez. They have talked up nearly everyone, including the Royals, to see if they would part with some of baseball's most prized young players.

The price is so high, it's left some executives questioning whether any deal will get done. But the Rockies haven't pulled Jimenez off the showroom floor. So until they do, nothing can be dismissed out of hand.

The Reds and Yankees are considered the best matches, though Texas and Boston are lurking.

It was understandable that the Red Sox, who had lost Daisuke Matsuzaka to Tommy John surgery, were using a diminished John Lackey who would eventually need his own TJ, and were in the midst of trying to figure out what was wrong with Clay Buchholz (it would turn out to be a stress fracture in his spine) would be checking in on Jimenez, even with the high price tag. In fact, they scouted him on his start that occurred the same day as Renck's article.

In that start, Jimenez went five innings, striking out eight and walking just two. He also allowed eight hits, hit two batters, and gave up five runs. His fastball velocity, as it had been all season, was down roughly two and three miles per hour from 2010 on his four-seam and two-seam, respectively, and his slider, which had averaged over 86 mph the year prior, sat below 83 for the night. He wasn't sharp, he didn't have the velocity of his recent past, and it made him hittable -- that's a dangerous thing for a pitcher that can't rein in his walk rate. 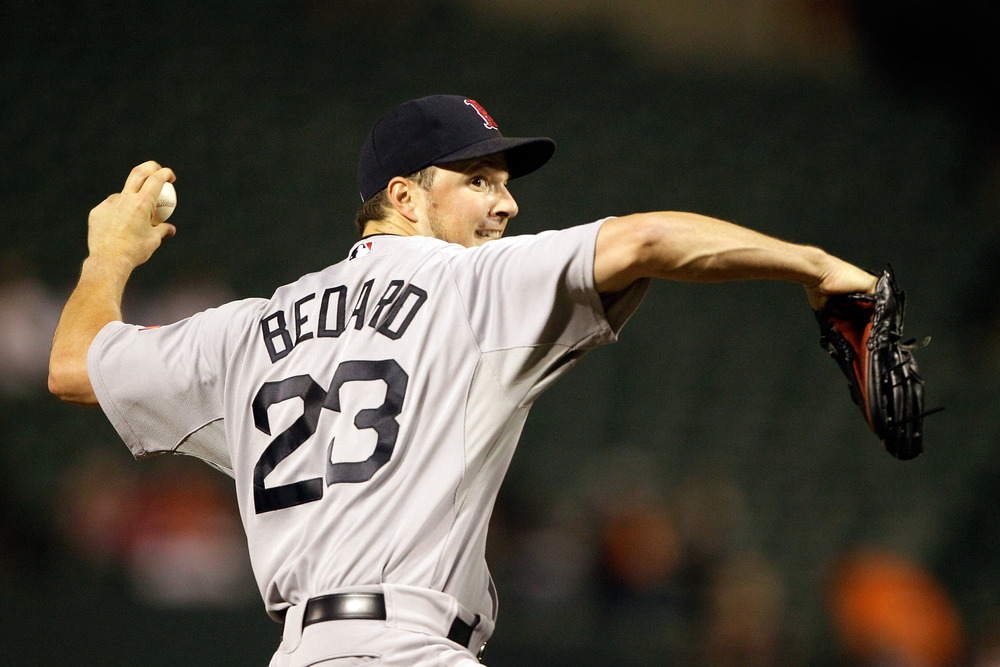 The Red Sox understandably turned down pursuing Jimenez further, and any lingering thoughts on the matter were likely squashed by his final start on July 30 with the Rockies, in which he gave up four runs, four walks, and two hits in a single inning of work before he was lifted. Instead, Boston sought out the likes of Rich Harden and Erik Bedard, two pitchers you'd have to Frankenstein together to have something resembling one healthy, reliable arm. That goes to show you just how not worth the price Jimenez looked at this stage.

Jimenez ended up in Cleveland, Boston's opponent on Tuesday night, and has been even less effective since that swap. With the Indians, he has thrown 254 innings over 45 starts, struck out 7.7 per nine, and walked 4.7 over the same rate. He's given up homers at double the rate he did while with the Rockies, despite moving from one of baseball's top hitter parks into the more neutral Progressive Field. To top it off, his velocity has dipped even further, and as of this season, his split-fingered fastball sits at just around 80 miles per hour.

He lasted just 1-2/3 innings against the Red Sox, walking five batters and allowing all seven of Boston's runs despite giving up just a pair of hits -- he wasn't in the strike zone often enough to allow more than that. You could say the Red Sox are fortunate for not pushing harder to acquire him, but you could see the wheels coming off of this ride without being a scout back in 2011 -- the Rockies were trying to dump him for a reason. 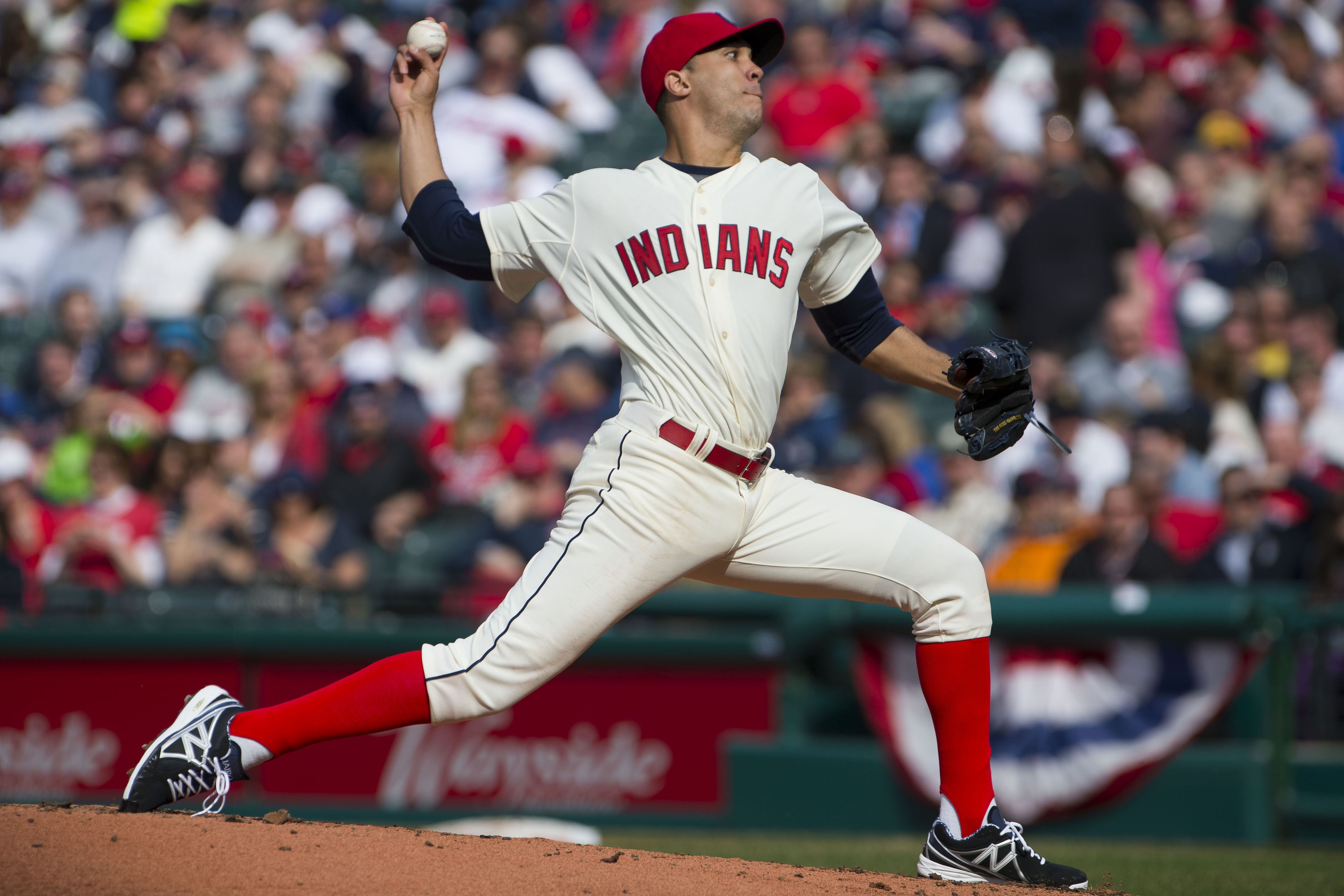 No Rockies pitcher has ever thrown 200 innings in three-straight campaigns. Ubaldo Jimenez came close, throwing 198 in 2008 before rattling off consecutive 200-inning seasons. He would finish with 851 innings with the Rockies, and that might have just been too many for future success to be a thing. Rany Jazayerli, back when he was with Baseball Prospectus, wrote about what the Rockies had figured out about pitching at altitude back in 2004:

But one thing the Rockies have figured out--a finding backed up by medical science--in their decade in the mountains: as a result of the thin air, the body recovers from physical exertion slower than it does at sea level

Mike Hampton threw eight shutout innings in his first start at Coors Field after signing with the Rockies, throwing only 98 pitches. The next day, he said, "I felt like I had been hit by a truck when I got up." The difficulty in recovering from each start was so debilitating that, before he was traded to the Braves, Hampton was planning to outfit his bedroom in Colorado with a pressure chamber so that his muscles might heal faster between starts.

Nearly every pitcher with innings totals resembling Jimenez's in Colorado's history has dealt with serious ineffectiveness, injury, or both, whether they were still on the Rockies or not. Aaron Cook, the only Rockies pitcher to ever cross the 1,000 inning threshold, has had consistent shoulder trouble. Jason Jennings threw 941 frames, and his elbow ended his career at the age of 30. Jeff Francis's shoulder was troublesome until he left Colorado, Pedro Astacio dealt with rotator cuff surgery, and only had one successful campaign post-Rockies, John Thomson tore his labrum-- at the time Jimenez was dealt, these were all members of a 10-man club that had thrown at least 500 innings in their career with Colorado. Jamey Wright might be the only one of the bunch to not have serious issues with his health, but he threw just over 500 innings and then was sent elsewhere during the early stages of his career -- shoulder problems unrelated to the Coors effect might have been a blessing in disguise.

The Rockies signed Jimenez to an extension before trading him, but it looks now, and even at the time given his diminishing performance, that this was done in order to make him look like a more attractive trade target. No, he hasn't been hurt like many of the others from Colorado, but everything in his game has slipped in a way that suggests his body just isn't the same anymore. The Rockies have to be aware of what happens to their pitchers when they spend too much time at altitude, and sent Jimenez packing before every other team in the league realized it. The Red Sox felt the cost was too high for what they had seen and what Jimenez had become, but the Indians decided to gamble on him. Tuesday night was a reminder that, even though the Red Sox missed the playoffs in 2011 for failure to bring in another starter, in the long run, they're better off not having paid for this particular arm.