David Ortiz should make his return to the Red Sox on Friday.

The Red Sox are just a few days away from having their designated hitter back. According to John Farrell, David Ortiz is currently expected to make his return to the Boston lineup on Friday when the team returns to Fenway to take on the Royals.

Coincidence or not, that's also the day Ortiz would need to return by to avoid taking a $2 million hit to his potential 2014 salary. 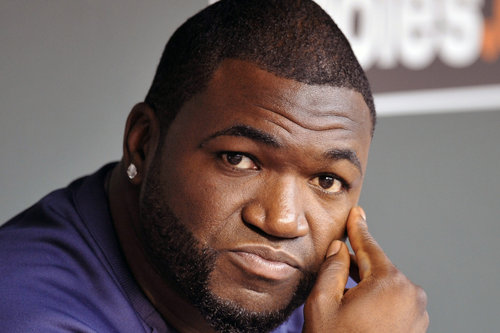 David Ortiz is on his way back, but the road has been less-than-smooth.

While Ortiz was once again dealing with pain in his heel on Sunday, it sounds like that was little more than the sort of pain expected from someone subconsciously compensating for a prior injury. He was back in the Pawtucket lineup today, going hitless in four at bats.

The Red Sox would certainly be glad to see him back. Although the first 18 games have seen them get an excellent .390 wOBA from the DH spot, that's been almost entirely thanks to the efforts of Daniel Nava. With Ortiz back, they would be able to move Nava into left field, giving Ortiz back his DH spot and removing Jackie Bradley Jr. from the lineup.

Even when Ortiz is off the disabled list, though, the Sox will be without him from time to time. According to

Evan Drellich, the team will be looking to ease the transition by giving him a few days off. That's not ideal, but it should be fine. After all, they've gone 8-4 without him so far.