Boston, you're our home

A gorgeous day in Boston turned to horror, but maybe we can take solace in sports for a while.

Share All sharing options for: Boston, you're our home

I was born not too far from the Mile 17 marker. Right along Route 16, at Newton-Wellesley Hospital. As soon as I was ready to leave the hospital with my parents, we went, mother, father, and nine or so pounds of me, to our house in Framingham, about three blocks from the Mile 6 marker. I lived there, in that house, for about two decades, after which I moved into the great city of Boston, where I've been ever since. For the entirety of the not-quite-thirty years of my life, the Boston Marathon has been there. And yesterday, someone tried to take it away.

If you're not from Boston, or haven't spent at least a spring semester here, it's a bit tough to explain the wonderfulness of Patriots' Day. Most of it has to do with the simple fact of spring. Winter in New England always somehow lasts a few weeks longer than it should, and we have to wait for our first taste of warm weather until mid-April. But once that first taste arrives, it's magnificent. The sun shines, there's always just enough of a breeze to carry the scent of flowers, and thousands of people head out onto the streets after five months of hiding from the cold. We're not well-known for our happiness here in Boston, but for those first few days of real spring, everyone's smiling.

By the time Patriots' Day rolls around (normally the third Monday of the month), baseball's been going for a little while, at least one of the Celtics or Bruins is figuring out playoff seeding, and the mood of the city is at its peak. So in honor of the day, 238 years ago, when the American Revolution began in a sleepy little suburb just northwest of here, we take the day off. Cookouts are planned, kegs and cases are lined up, runners get under way in Hopkinton, and the Red Sox get under way at 11 AM. They do so, classically, so that fans leaving the game can walk the couple of blocks up to Kenmore Square and watch the lead marathon runners go by. Our city, all of us together, takes a day away from our other concerns to enjoy sun and sport.

Yesterday some fool tried to deny us that. As I write this, it's unclear who. The more I think about it, the less I care. The crowds out there in Copley Square were there to watch and cheer as complete strangers completed a marathon. Whatever cause, whatever grievance can make that joyful outpouring of support look like a target... I can't comprehend the mindset, and frankly hope I never can. What is clear is that a day which began with a brilliant walkoff win by the Red Sox ended with every person in this city staring at their ceiling, desperately trying to sleep. 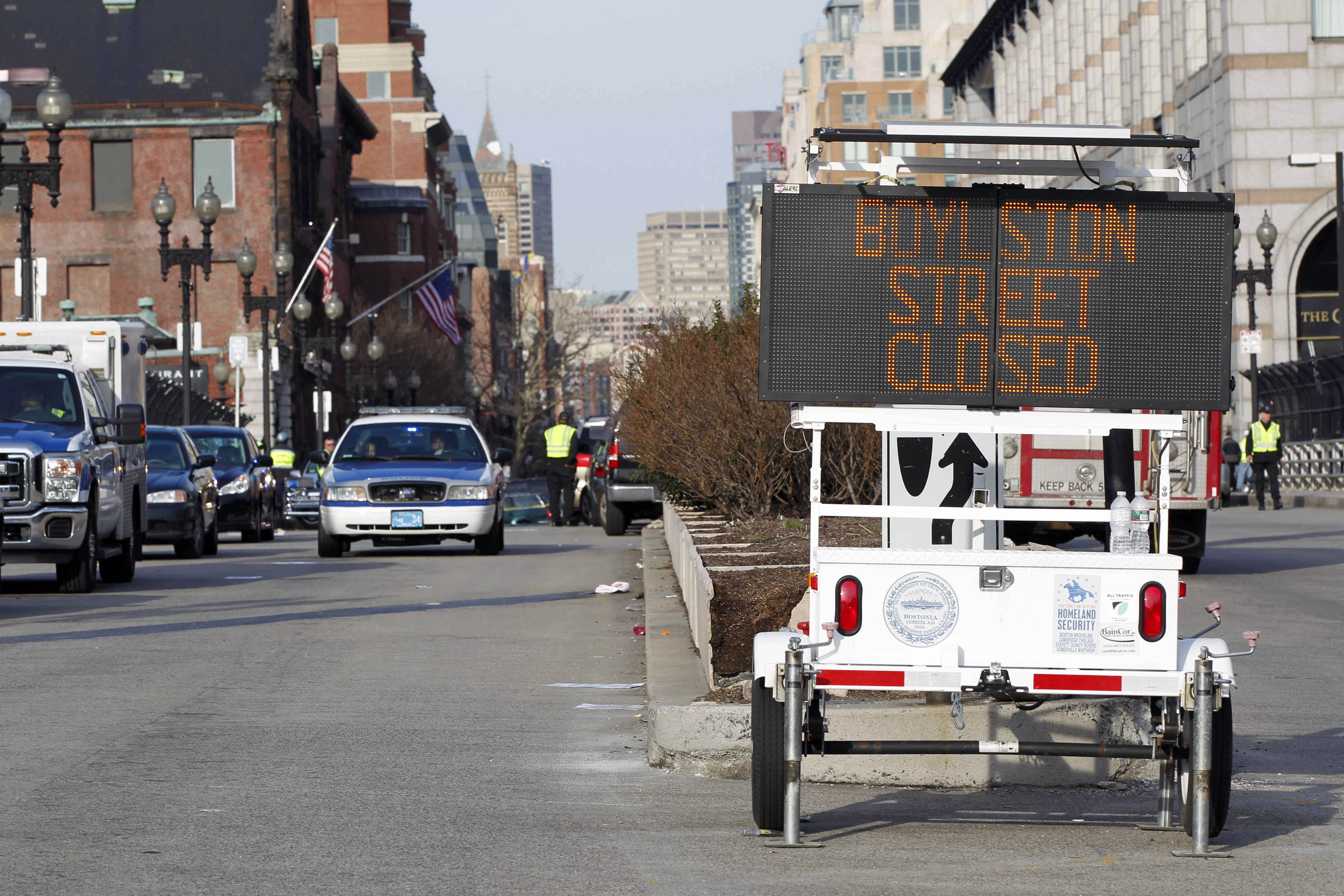 I found out about the explosions not long after they occurred. I had just arrived at my home in Dorchester when the confused tweets began rolling in. Then, of course, came the video. Fireballs, billowing smoke, and blood in Copley Square. Copley Square, where I've walked after dozens of Red Sox games. Where I've shared a few less-than-legal Guinness out of paper bags with old college pals. Where I worked for two weeks a few years back, at the Starbucks right near the center of the second explosion. We've gotten so used to seeing horror unfold on the news, but there truly is something different about seeing it happen in a place where you know how the brick feels underfoot.

I'll never again be able to go to Copley without thinking of what happened yesterday. But it won't just be the terror that I remember. It won't even mostly be that. It will be police officers, marathon volunteers, and assorted civilians tearing apart fences with their bare hands to help the wounded. It will be hundreds and thousands of Twitter users, realizing that out-of-town runners would need help, offering up their houses, their couches, their fridges. The best of my city was on display yesterday, and my sorrow was accompanied by immense pride.

Quite obviously, folks, this is a baseball blog. There's not much I can say that makes this better, and if you're looking for big-picture analysis or breaking news, head over to Boston.com, where they've been doing unbelievable work ever since the bombs went off. As for what we can offer, well... late in the evening, Will Middlebrooks tweeted this:

I love Boston... It's my new home... I'm still in shock and can't wrap my head around all of this. Wish there was something I could do.

Not sure you're reading, Will, but if you happen to be around this part of the ol' internets... Play your ass off. That's absolutely the best thing you can do right now. You and your teammates can't heal the victims, or bring the perpetrators to justice. But you can make the lives of Boston's fans a little bit more normal, one inning at a time. We'll try to do the same here. Baseball every so often has the chance to be so much more than a sport. This is one of those times.