Big Papi's rehab assignment has been interrupted by illness, and now a recurrence of his heel problems

[Update 11:10 am - David Ortiz will in fact be playing with the PawSox on Tuesday, after missing the last two games.]

David Ortiz missed Sunday with illness after visiting the Red Sox clubhouse over the weekend, but on Monday night, he was scratched with an actual injury. His left heel was causing him discomfort, so, rather than continue on his rehab assignment with an eye towards returning to Boston by week's end, Ortiz missed Pawtucket's game. It is unknown at this time if he'll suit up for Tuesday's PawSox game at noon.

Ortiz's right heel is the one that caused him to miss spring training, resulting in this rehab assignment in the first place. It's believed that his left heel is currently problematic due to favoring it over his right one -- whether that means his right heel remains a problem, or he just hasn't shaken that instinct to favor his other leg, is not known. 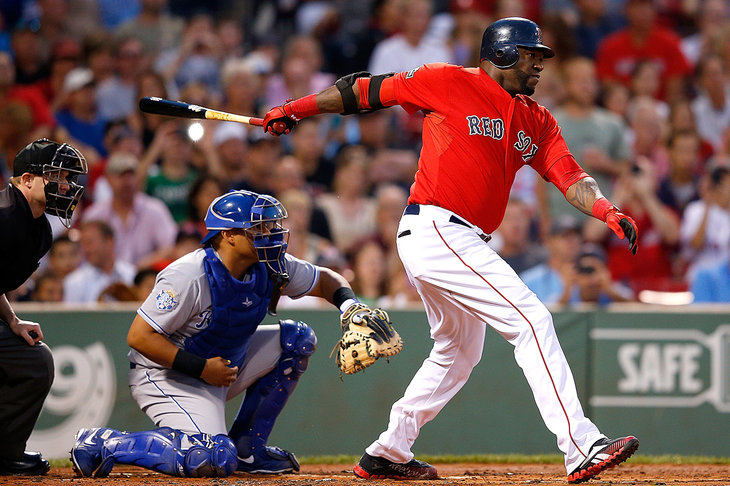 The designated hitter, who has played in just one game total with the Red Sox, since injuring his Achilles in July of 2012, was believed to need 20-30 trips to the plate in order to get his timing in order and rejoin the big-league squad. He's had all of seven plate appearances with Pawtucket, however, and they play just three more games before the date Ortiz needs to return from the disabled list in order to avoid losing money on his 2014 contract.

That day -- April 19, this upcoming Friday -- marks the start of the Red Sox' series with the Royals at Fenway, following their short road trip to Cleveland to take on Terry Francona and the Indians. If Ortiz isn't back by that game, than he has missed 20 days on the disabled list -- at 21 days missed, he can only make $13 million, rather than $15 million, in the last year of his two-year deal signed this past off-season.