The Rays come to town for the first time in 2013, as Boston continues to face off against division opponents

[Update 5:40 pm Due to Friday night's rain out, and armed with the knowledge that the postponed game will come in June and not after Monday morning's Patriots' Day game, we know what the pitching for the rest of the series will be. The Red Sox are skipping Doubront and then using the planned starters, while the Rays are holding steady with their first three starters of the series.]

The AL East is stacked closely on top of each other already, and that isn't likely to change. That's what makes Boston's April so important, as they've only faced fellow American League East clubs to start the year. That trend continues with this four-game set against the Rays, in which either club could do a whole lot of good for themselves by dominating the series. Treading water a bit wouldn't hurt, either, but it's an early opportunity to seize control of a season series that will likely help determine who is making the playoffs and who is staying home.

Cobb is making only his second start of the year, as, even though he's not their fifth starter in terms of talent, he's in that slot in the rotation for match-up purposes. He pitched well in that one game against the Indians, striking out six against three walks in seven-plus innings of work, all while shutting down Cleveland's bats. The Rays might have traded James Shields this winter, but Cobb likes to use the same kind of style: he'll utilize all four of his offerings, and start plate appearances off with breaking balls and the like rather than just locating a fastball.

Doubront was listed as Boston's fourth starter, with the Red Sox wanted Alfredo Aceves to face off against the Orioles rather than the Rays in place of John Lackey, so Doubront got the extra day of rest and a bump to the fifth spot. Doubront's first start of the year was both very much what you expect and very different, as he punched out more than a batter per inning, only lasted for five frames, and gave up three runs. However, he also avoided giving up a single walk, and in reality, could have likely gone six had it not been his first start of the year -- he only tossed 90 pitches before he was pulled.

The Patriots' Day game will get all the attention because of when it's being played, but this match-up right here has the potential to be the game of the series. David Price, last year's Cy Young winner, against what appears to be a rejuvenated Jon Lester. Lester has given up two runs in 12 innings while punching out 13 batters against a pair of walks. Most importantly, his mechanics seem more consistent than last year, he appears to be laboring less even in rougher innings, and his command is on point from the start, whereas it took two-thirds of 2012 to get to that level. 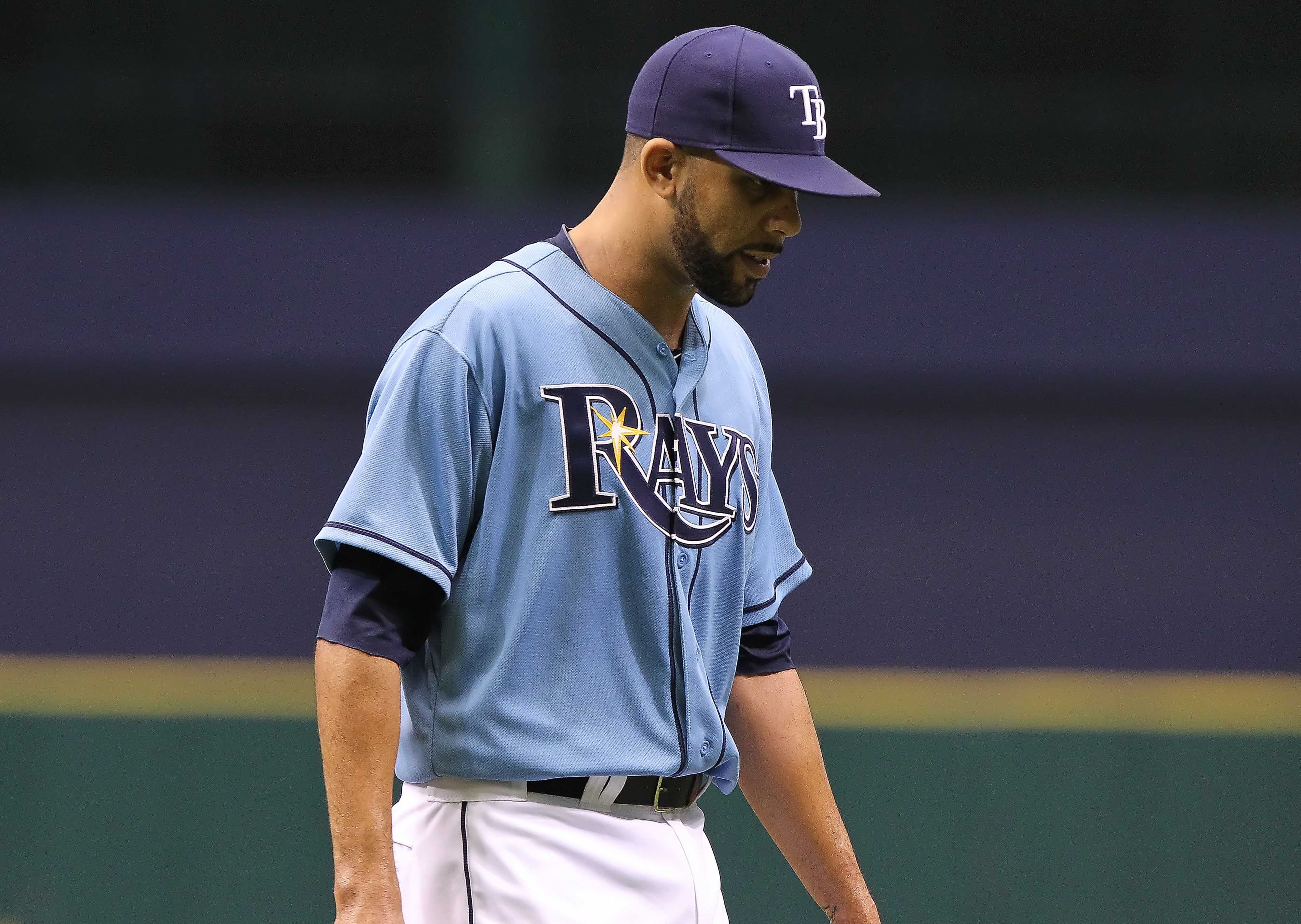 Price, on the other hand, has struck out just seven in 11 frames, with five free passes mucking up his K/BB, and the eight runs he allowed against the Indians ruining his early season ERA. It's just one bad start, though, due to shaky command, and it came on the heels of a solid outing, so there's little reason for Rays fans to panic or Sox fans to be overly excited at his last start just yet.

Hellickson has not done well in his first two starts, lasting 11-1/3 frames while walking more than he's struck out and posting a 6.35 ERA. Of course, he's Jeremy Hellickson, so he'll likely walk a bunch of dudes on the Red Sox in this game but give up one hit over seven innings and BABIP his way out of trouble, as he tends to do. Speaking of controlling batting average on balls in play more than your average hurler, Hellickson will be facing Clay Buchholz, who has thrown 14 innings and allowed one run to score in 2013, and owns a 3.34 ERA, 2.5 K/BB, and a BABIP under .270 since May 16 of last year, when he regained the power of his change-up after a horrific April.

In 14 games against the Rays, Buchholz has thrown 88 innings, owns a 2.76 ERA, and has struck out 8.3 batters per nine. Something resembling those figures would be a welcome sight on Sunday, especially since Boston dropped a series to the Orioles heading into this one.

The pitcher you might know better as Fausto Carmona has decent looking peripherals in his first two starts with the Rays, posting a 2.8 strikeout-to-walk ratio that would actually be much better if not for the two intentional free passes. However, he's been giving up too many hits, and it's cost him in the season's early going. It's to be seen if the Rays can rescue Hernandez from a career that imploded in much the same way they did to Fernando Rodney last season, but if they can, then it's easy to see why they bothered with this free agent starter when they haven't touched one in years. 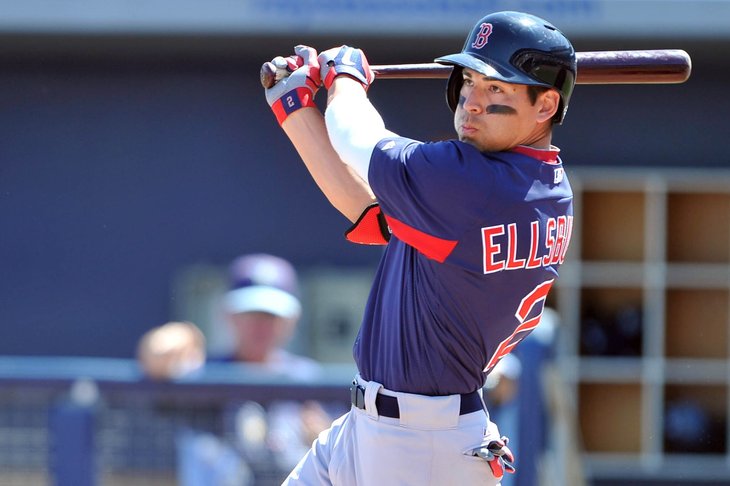 Dempster has had two decent starts that look a little worse than they should thanks to the defense behind him. He's had no trouble at all missing bats, with 15 strikeouts in his 10 innings, but despite that he's not hitting the strike zone as often as he should. Hopefully, it's just some early season shaky command that'll come off with more time, and not something that's going to be a problem in 2013. If it were, that drops Dempster from a mid-rotation arm to something more like a back-end guy, and the Red Sox don't need that to happen to them, not when they're already down a starter.

Luke Scott is on the disabled list, and while it doesn't affect the Red Sox in this series, they've also lost Jeff Niemann for the season to shoulder surgery. Other than that, it's a healthy Rays team coming to Boston, so the full lineup of Evan Longoria, Matt Joyce, Ben Zobrist, and so on are all here. You know who isn't here, though? Reid Brignac. So the Rays will just have to find someone else to collide with Jacoby Ellsbury this time.*