A trio of pitching prospects, all with different MLB timetables, and their progress at Double-A

The right-hander is Boston's consensus top pitching prospect, with the only thing that can keep him from that title being the development or stagnation of Allen Webster's command. Barnes had a monster first half in 2012, in his professional debut, but slowed down as the year went on. That's to be expected, given that a large part of the work in a pros' first year is getting into the routine of a season that goes for longer than just the spring. Throw in that Barnes also pitched at two levels, and it's even more apparent why he scuffled a bit towards the end.

Read More: Pressure is on the pitching prospects for 2015

The key to his 2013 and his development is going to be in utilizing his secondary stuff more effectively. Now at Double-A, he won't be able to just get by with his impressive four-seamer, and will have to lean on his breaking ball and change-up more often in order to consistently fool Eastern League hitters. That's a normal part of the development cycle, not something exclusive to Barnes, but how he reacts and grows with this new wrinkle will tell us a lot about what kind of pitcher he could become.

Barnes faced six hitters in his first appearance of the 2013 season, and it was a mixed bag. He gave up two runs, but also struck out the side against just one walk. It's hard to take much from a single frame where he let the same number of batters reach base as he punched out, but it's good to see he could miss bats even if he'll need to do it more often to keep innings like this one from being a normal thing. 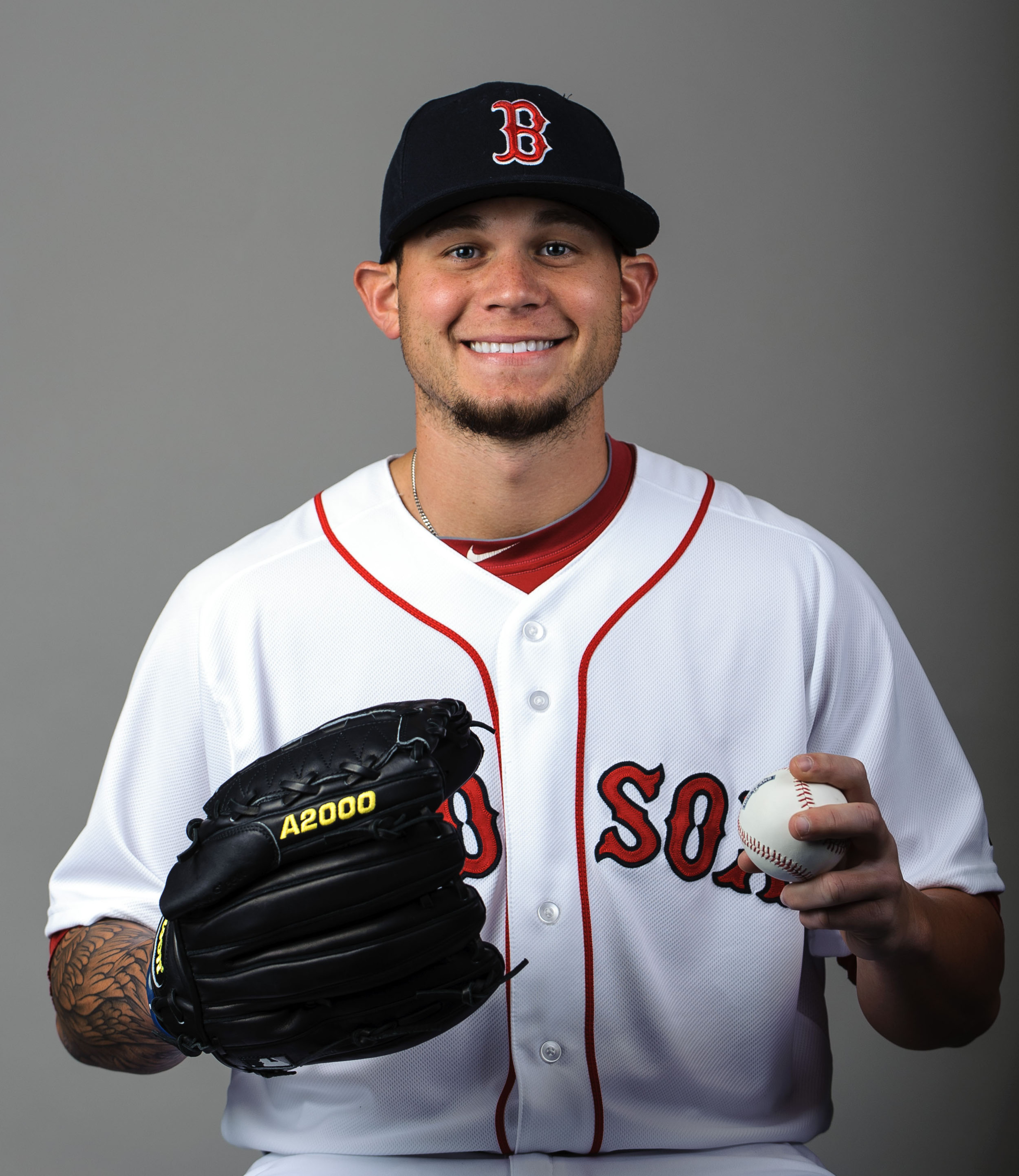 Drake Britton is in Double-A Portland in large part due tohis arrest for a drunk driving incident in which he thankfully hurt no one. He had a chance to make it to Pawtucket with a strong spring, but his actions cost him that opportunity. Now, he's back in Portland where he finished 2012, and has to both prove he can mature as a pitcher and person.

Britton is still likely a reliever, not a starter, but he hasn't completely botched the starting thing yet -- or, he did, but he recovered enough in 2012 to extend that experiment further. He might not end up in a bullpen until he's in Triple-A Pawtucket, but if there is room in that rotation and Britton has succeeded once more, maybe it'll take a little longer for that to happen. Lefties get a long leash for this sort of thing, given their sometimes odd development track.

Britton's age is a bit misleading in some ways in terms of that track, as he lost a season to Tommy John surgery, and completely fell apart as a pitcher the year after his initial return. That's a whole lot of time lost, but he has the stuff to maybe make things work. That being said, don't keep your hopes too high that he's a starter long-term, as his command and control just likely aren't up to snuff for that.

Workman had a 2012 campaign much like his 2011: it was solid, but not so good that you expect him to outpace his projections by much, if at all. Right now, he looks like he could be a solid middle-to-back rotation member, and there's nothing wrong with that. Someone who can give you average innings, reliably and inexpensively, means a lot to any organization, including one like the Red Sox, despite their immense budget.

Workman's control is exceptional, but his command remains a work-in-progress. If he can keep his cutter down more consistently, he'll continue to rack up those strikeouts as he climbs the developmental ladder, but he'll also make homers less of a problem. That, more than anything, is the thing to watch for with Workman in 2013. He was good, not great, in limited time at the level in 2012, and now he has a full season to prove he can handle the hitters of the upper minors.

Even if there ends up being no need for Workman in Boston's rotation -- he's far back on the list of future Red Sox starters, but that has more to do with who is in front of him than it does with anything Workman has done wrong -- he can be a vital piece of the bullpen. For the first time in awhile, a Red Sox team a year or two or three from now might have all the starting pitching prospects they need and a bullpen full of live, homegrown arms, and Workman is a part of that.