Boston's payroll is lower than usual, but still among the league's highest

The Boston Red Sox cut into their payroll significantly over six months ago, when they sent Adrian Gonzalez, Josh Beckett, Carl Crawford, and, of course, Nick Punto, to the Dodgers. This freed up around a quarter-of-a-billion dollars in future commitments, basically hitting reset on the team's strategy and available resources.

That's why, despite the Red Sox signing Shane Victorino, Ryan Dempster, Mike Napoli, Stephen Drew, Jonny Gomes, David Ross, and Koji Uehara this off-season -- while also adding Joel Hanrahan through trade -- their Opening Day payroll is the lowest it has been since 2009. The 2013 Red Sox are opening the season with $150 million owed to their players according to USA Today, or, more specifically, $150,655,500. Compare that to last year at this time, when Boston entered the season with a $175 million price tag attached. While it's less than they've paid of late, it's still the fourth-most in the majors, behind the Yankees ($229 million), Dodgers ($217 million), and Phillies ($165 million). 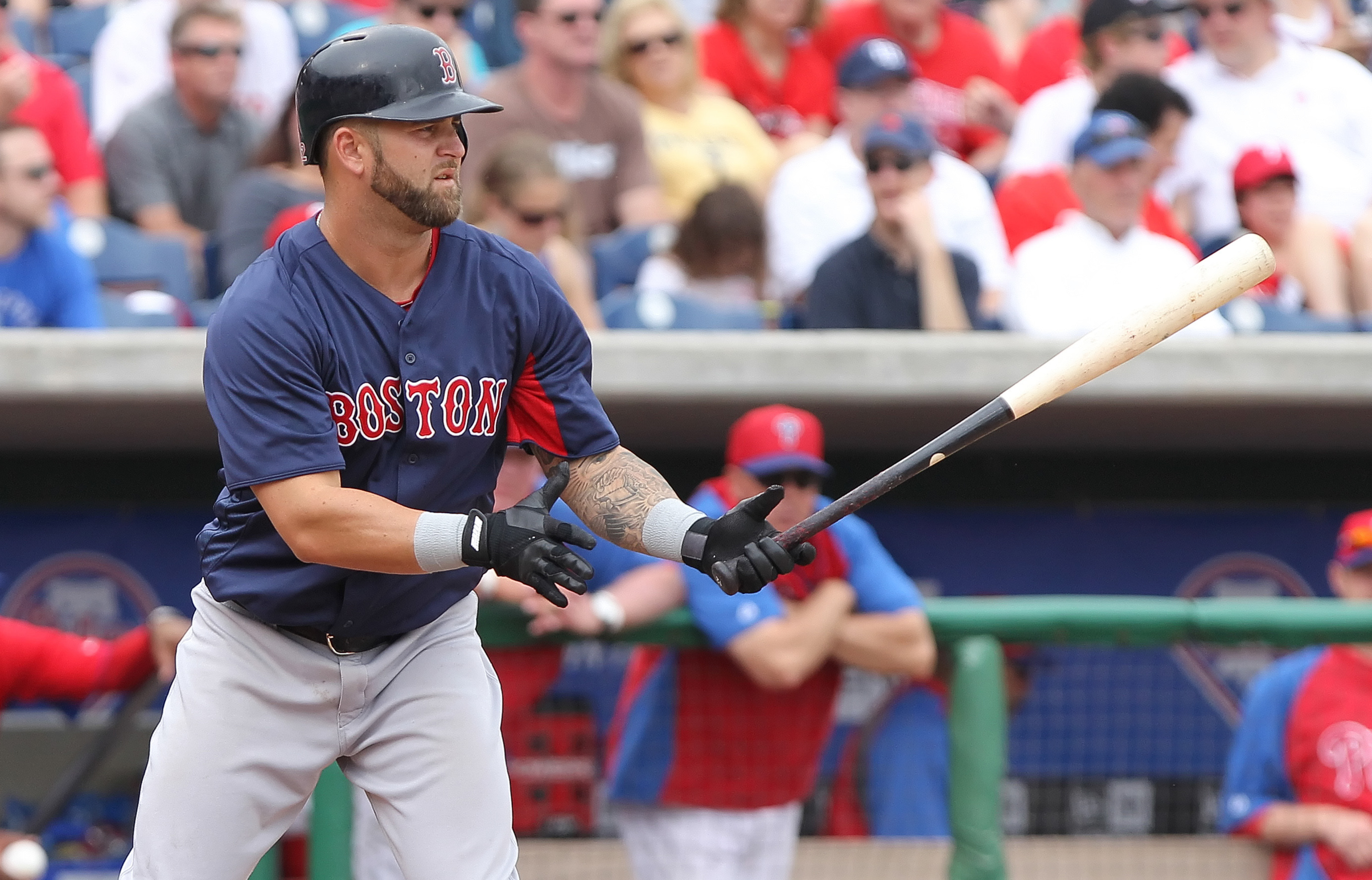 Mike Napoli's hip was the subject of much scrutiny this off-season; can it stay healthy enough for the Red Sox to win?

Boston's payroll is actually slightly different than what USA Today reports. For one, they didn't get out from under every dollar owed to those in the Punto trade: they'll be paying the Dodgers $3.9 million this year. Second -- and USA Today has no reason to report this yet -- they could end up paying more should Mike Napoli reach his incentives. His base salary is just $5 million, but he could make up to $13 million in total. If this were to happen, and were combined with the money owed Los Angeles, Boston's payroll is more like $162 million. That's all down the road, though, and while it hopefully becomes pertinent, we're months away from that moment.

The Red Sox have some wiggle room to make in-season moves yet remain under the luxury tax, as their 40-man roster accounts for less than $7 million extra on top of the potential $162 million, and the tax threshold is $178 million. It's not a ton of room to work, but it's more than they had in 2012. Plus, since they were under the soft cap last season thanks to their trade with Los Angeles, getting under in 2013 isn't as high of a priority as it was or will be next season.