Give 'em an act with lots of flash in it And the reaction will be passionate...

Share All sharing options for: Enjoy the show: Your 2013 Boston Red Sox

A few hours from now, Jacoby Ellsbury will dig in against CC Sabathia for the first pitch of the 2013 Boston Red Sox season. All the predictions, all the waiting, all the offseason angst... It'll all be done with, and we can get back to the best thing in the world: watching a baseball game. So today, I'm not going to write about expectations. I don't want to think about pennant races yet, or trade-deadline decisions, or Jackie Bradley's service clock. I sure as hell don't want to discuss last year. We've had a long winter to put that behind us, and right now, everyone's 0-0 (except the Rangers and Astros, of course).

Today, let's just look forward to 162 games of Red Sox baseball, and everything that will bring with it this year. This deserves perspective, so I will at least briefly discuss last season. The thing about last year, beyond the losing, was that it just wasn't any fun. It wasn't like the lovably inept Mets teams of the early 60's, or the awful-but-look-at-the-draft-picks teams in Tampa a few years ago. The Red Sox were just a beat-up, overpaid, underperforming squad, and after the Punto trade, they weren't even that. They were the PawSox playing at Fenway, but without the hope and promise of being young prospects.

From what we've seen in spring training, I think we can hope for better this year. A playoff spot? Who knows. I think it's more possible than most pundits are allowing, but I honestly have no expectations at all on that front. All I want this year, for a baseline, is to be able to turn on NESN or FOX or ESPN for three hours a night from now through October and not want to jump out a window. And I don't think it's too much to ask. On the other hand, it's Opening Day, a time for hope. So what do I want beyond the baseline?

I want to see what a Dustin Pedroia-Jose Iglesias double-play combo looks like in anger for a couple of weeks, at least until Stephen Drew's concussion has resolved itself. And hell, maybe even after. (Sorry, Stephen. I liked your signing, and you're a damn fine player. It's just... Iglesias's glove is so damn pretty.) 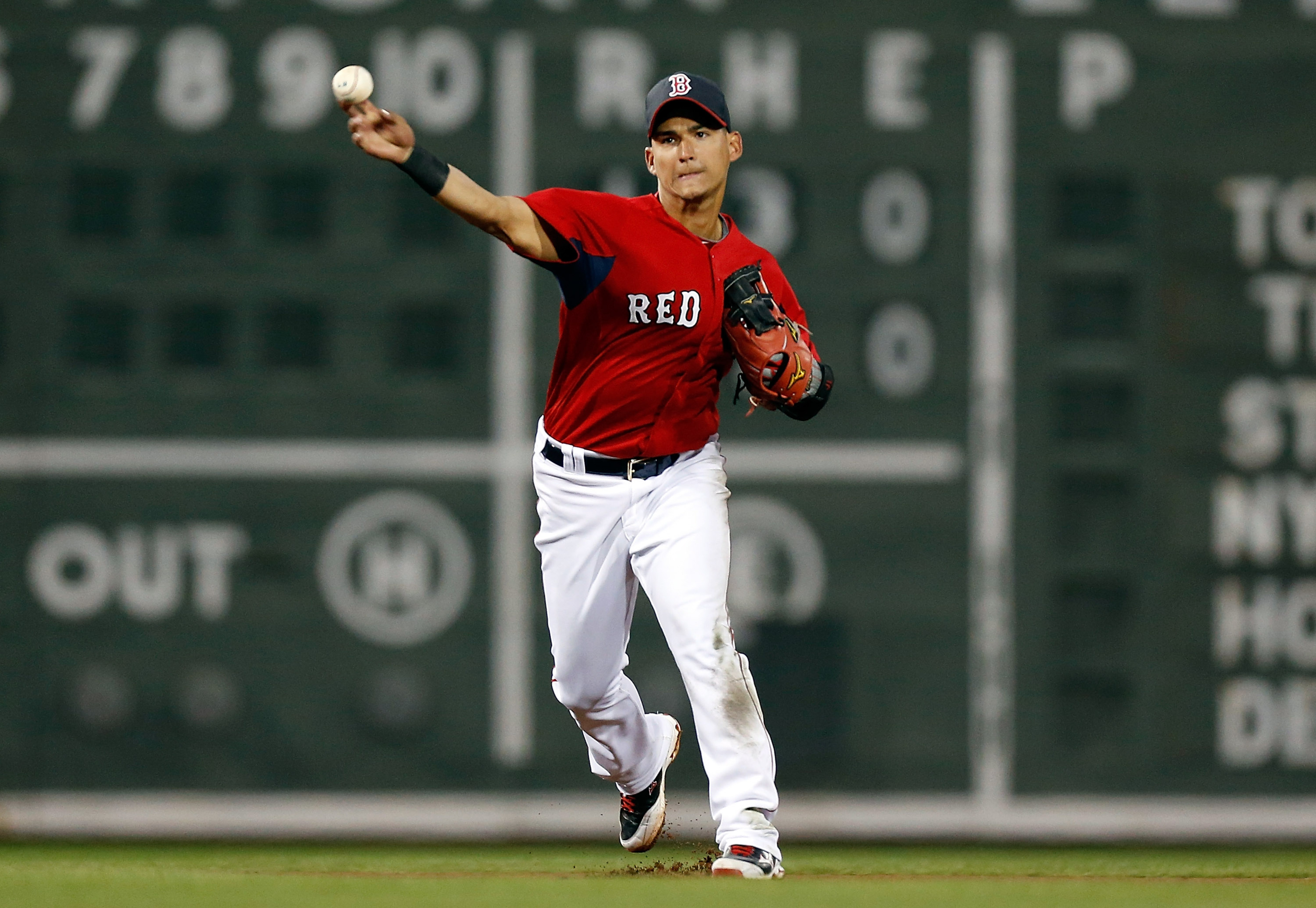 I want to watch <a href=" />Mike Napoli launch moonshot home runs onto Lansdowne all season long. It's not like I haven't seen him do it before, but it'll be nice to watch them without cursing loudly at my TV. Along those same lines, I want Napoli to make $13 million this year. Get those incentives, man.

I want Jon Lester back. The guy who averaged 201 innings and 211 strikeouts a year from 2009-11. The guy who's already seventh all-time in Red Sox history in strikeouts. I've matured enough as a baseball fan that I know we'll never get Pedro Martinez back. But we could have Lester, and that ain't bad at all.

I want to watch Will Middlebrooks grow into his role as an anchor of the team, both on the field and off. He's shown us the power and defense to hold on to third base for a good long while, and he's displayed a mastery of fan relations in the Twitter era that rivals the best in the game (see McCarthy, Brandon). The Texas lad has embraced Boston, I'm looking forward to Boston embracing him right back.

I want Shane Victorino to provide plus defense in right field, leadership in the clubhouse, and solid contact and steals all year. Partly this is because he is a player on the Red Sox and his success will help the team. But damn if it isn't mostly to prove the collective wisdom of the interwebs wrong. Victorino is officially a "Bad Signing," because he cost more than $5 million, he's over 28, and he doesn't have a Youk-level walk rate. A season-long display of what he does well would be a nice corrective to lazy punditry.

I want this pitch back and active in games, dammit.

I want to see if Jackie Bradley forces the Red Sox into a tricky roster situation. The kid tore up A and AA ball, he put together a solid enough spring to grab the starting spot in left field to open the season, and he seems to be one of those guys, like Pedroia or Middlebrooks, who just lives and breathes baseball. Maybe it was dumb to call him up as roster filler, but maybe that wasn't the call at all. Maybe the team really wants to get him up now, and I want to see if he can do it. Strangest thing of all: I think he can pull it off.

I want to watch John Lackey pitch and not feel queasy going in. I'm not looking for good, although isn't it pretty to think so. Quality starts, or something like it, on a semi-consistent basis. Anything else is gravy. I just don't want to turn on a single game this year thinking "yep, we're screwed" before the first pitch. You can do it, John. We'll even clap three times to show we believe.

I want Alfredo Aceves to pitch 100 innings in relief, and be happy about it, and not do anything dumb enough to get suspended. Failing that, I want him to have a nice, productive season. In Pittsburgh.

I want David Ortiz back, batting third, destroying baseballs and the souls of men who throw them. I want him to shrug as he discusses his 15 homers heading into the All-Star break and repeat simply, "It's summer. Summer get hot, Papi get hot."

I want to sit at Fenway Park (with a $5 beer!), enjoy the breeze, and not join in the Wave or the singing of Sweet Caroline. And I want everyone who does wave and sing to enjoy the hell out of it. Because, as we've mentioned numerous times before around these parts, anyone who wants to tell you the right way to be a Red Sox fan is a fool and a jackass, and not worth the time it took me to type this sentence.

Enjoy the game, boys and girls. Enjoy it with a beer, enjoy it with a soda, enjoy it with a lemongrass smoothie. Enjoy it at your home, your local sports bar, or whatever park it's in. Enjoy it in a jersey, a shirsey, or just a plain old shirt. Enjoy it with a cap of blue, red, green, pink, or no cap at all. Enjoy it for the pitching, the glovework, or the longball. Just enjoy it, because there's only six months of this each year, and you'll miss it when it's gone.

Baseball is back. Let's have some fun this year.

And of course, go Sox.