The Red Sox have optioned Daniel Bard to Double-A Portland. Clayton Mortensen now seems likely to round out the bullpen.

While Bard is set to head to Portland, this shouldn't be read as a double demotion. Bard's problems are less than they were last year, and better understood as well. This should be a way for him to go down, fix his issues against hitters that aren't likely to demoralize him, and do so in a park that's closer to Fenway than Pawtucket's. It also helps the Sox avoid roster difficulties with a potentially overflowing Pawtucket team.

Can Clayton Mortensen Do It Again? 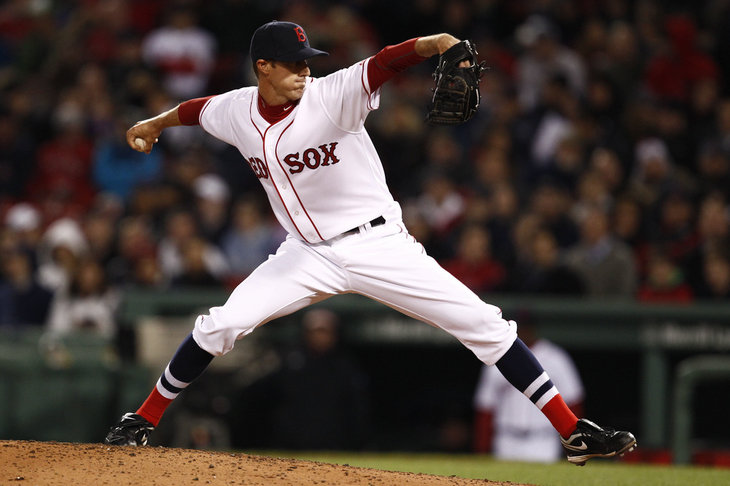 Mortensen came out of nowhere to help the 2012 Red Sox bullpen, but whether 2013 will be more of the same is an open question

Mortensen, meanwhile, is likely more a benefactor of his option situation as his actual performance. While Bard seemed keyed in at times this spring, only struggling in some later appearances which had an element of flukiness about them, Mortensen had more consistent troubles. Add that to his troubling peripherals last year, and he's not the ideal reliever. Still, he was out of options, meaning the Sox had to keep him or give him his walking orders, and he performed well in one long relief appearance--an aspect which could be key for him as a long-relief option.

Chances are, this is short term for both men. If Bard continues to progress in Portland, he'll get a quick call-up. Meanwhile, Mortensen will likely only last so long as Bard stays down, and Franklin Morales and Craig Breslow remain injured. Barring others falling to injury, Mortensen is the last man in, and the first man out.

Others facing the axe today were Mauro Gomez and Brock Holt. Both were assigned to Triple-A Pawtucket.