Jackie Bradley Jr. is apparently a gladiator but also a president

Share All sharing options for: Jackie Bradley Jr. is apparently a gladiator but also a president

Guys and gals, I just... read this thing from a talent evaluator, via Buster Olney, on Jackie Bradley Jr.:

"Player carries the 'it' factor. Presidential presence to game. Regal. However, the player has been the most popular man in Columbia, S.C. from the 1st day he walked on campus and he had me glued to the TV last year watching the College World Series. Mesmerizing defender. Jaw-dropping defensive skills. Patrols CF with a determined grace, with flare. Would have happily paid good money just to watch his pregame batting practice and infield. Acrobatic and skilled. Catches every ball with flare. Covers ground like a gladiator. Plus handles the glove in CF like Omar Vizquel would in the infield. Amazing defensive skills. Innate ability to hawk the diamond. Better defender in center field than majority of major leaguers right now& [You] can't teach the things this kid can do defensively. Made the parallel play coming directly in on a ball ala 1998 Andruw Jones. Sick defender."

Where to start? Let's just kind of take this one at a time. "Presidential." "Regal." "Gladiator." I mean, first of all... actually, you know what? That sounds pretty awesome. In fact: 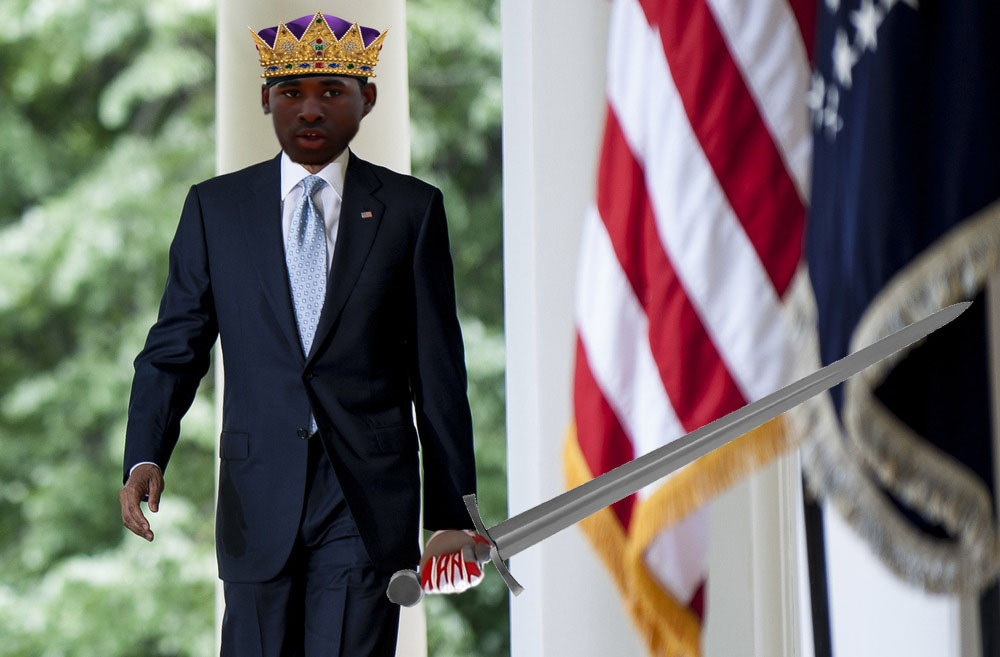 Seriously, though, let's get Jackie a crown and sword and also the power to veto Congress.

Thank Bill Hanstock (@sundownmotel) for this artist's conception of a day in the life of Jackie Bradley, presidential gladiatorial outfielder and king.