Ryan Sweeney will not accept a minor-league assignment if cut from the Red Sox.

Share All sharing options for: Ryan Sweeney will not accept minor-league assignment

The Red Sox are going to have to make a decision on Ryan Sweeney shortly, and it's one that Sweeney's not making any easier. According to Rob Bradford, the outfielder will not accept a minor-league assignment if he doesn't make the roster out of spring training.

Spring hasn't been very good to Sweeney thus far. Despite working to change his swing, the big left-handed hitter still hasn't managed to translate size into success. A .244/.300/.244 line in 45 at bats is below his usual standard, but gives the idea of what plagues Sweeney. He can wait for the right pitch to hit, but pitchers have no problem giving it to him when the most that comes of it is a single.

Still, Sweeney brings a good glove that can play in all three outfield positions to the table, and he's been decent enough against righties during his career that he can at least be considered a pinch-hitting option off the bench against them. 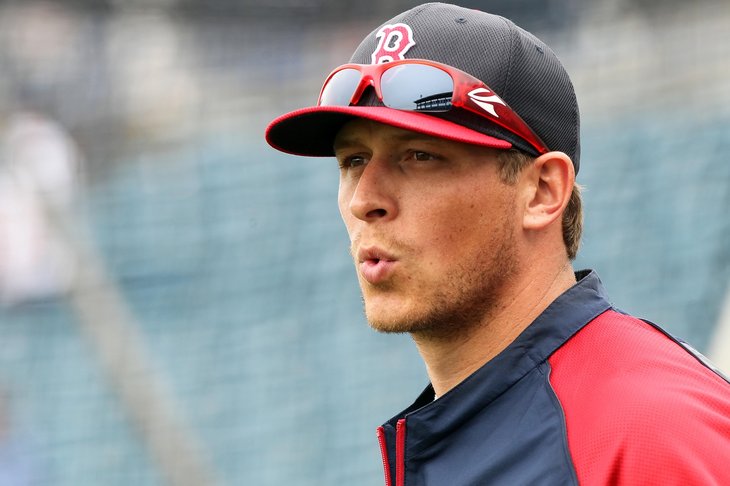 The Red Sox will soon have to make a decision on Ryan Sweeney. What does that have to do with Jackie Bradley Jr.?

Above all else, though, it really doesn't seem like it would be too hard for the Sox to keep Sweeney. They've got enough roster space open, at least for April 1st, that they can fit him, Daniel Nava, and one other player in. The elephant in the room here is that Jackie Bradley Jr. might just claim one of those spots, acting as a starting outfielder for the team if they decide to break camp with him, and could well make Sweeney redundant.