Don't worry, some people have found reasons to complain about this.

There is an expectation that the Red Sox will see their sellout streak end in April. Team president Larry Lucchino has said as much, and also said that its end is "not such a terrible thing." He's right, too: selling out isn't much of a condolence when you play like the Red Sox did over the last month-plus of 2012. Here's the thing, though. It's not like the Red Sox have to just lay down and let the streak end. To that end, they've announced that food and beer prices will be lower in April, in the hopes of jump starting ticket sales.

Why just April? Presumably, the hope right now is that only April needs to be promised. If the Sox are doing well in April, and tickets are flying into the hands of fans once more, cheaper concessions aren't as much of a priority. If the Sox start slow once more, though, then maybe the deal ends up leaking into May in order to keep people coming and bring back some of the idea that Fenway is a place you can take the family to see a game without breaking the bank. There's no need, from a business perspective, to show that hand before you need to, though. And, as much as people like to forget this sometimes, a business perspective is just what a Major League Baseball team like the Red Sox have. 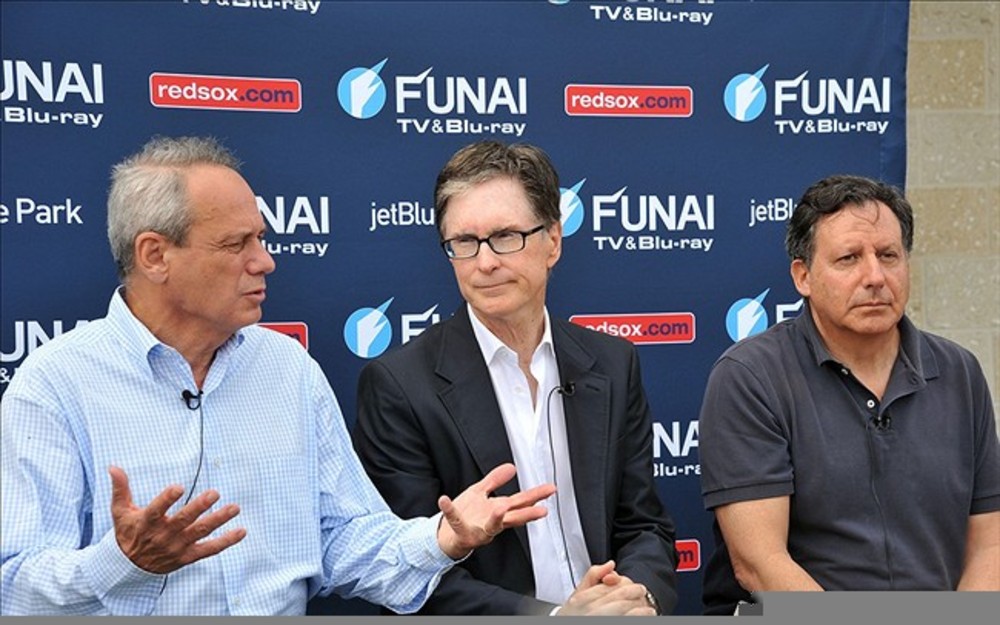 The Red Sox don't expect Fenway to be a ghost town, but a look at a ticket resale site like Ace Ticket gives you an idea of how much easier it might be to get to games than it normally is. While seats are available for the home opener at a starting price of $95, the second home game of the season starts at $9 -- the only game over $30 for a starting price is on April 15, the 11:05 am game against the Rays on Patriots' Day.Five of April's 17 home games have tickets starting at $9 at Ace, and even weekends are much cheaper than you'd expect them to be if you've been paying attention to the secondary market the last few years.

So, with that in mind, offering a second hot dog free to anyone who buys a hot dog, dropping the price of domestic beer to $5 whereas normally it's $2.50 to $3.50 more than that, and letting kids eat for free for the first few innings makes a lot of sense. The Sox aren't about to go all Miami Marlins on anyone and fail to fill up even one section, but they're going back to a trick that's as old as baseball itself in order to sell a few more tickets and get people to the ballpark again. It's not weird, nor rare, nor a reason to think something is actually wrong in Boston. It just seems that way given ticket sales have never been a concern of this particular ownership before. At least, not a concern from this perspective, anyway.

Here's some advice as free as those hot dogs: buy a ticket for an April game at prices cheaper than you're used to, and have a couple of beers for near the price of one. Just roll with it while you can, because if the Red Sox play well out of the gate, you won't be getting BOGO hot dogs for very long.