Shane Victorino signing with the Red Sox was certainly a surprise. Not in the moments leading up to it -- by then it was clear Boston was interested -- but just the fact the scenario occurred at all. Boston had tons of money to spend, holes in the lineup, and, while some caution was expected, there was still the fear that the Red Sox would bring in someone on a huge contract, like, say, Josh Hamilton, or blow things up further by dealing away Jacoby Ellsbury or someone like Jon Lester to go into total rebuild mode.

By the time Victorino signed, though, the off-season plan of the Red Sox had begun to take shape, and Victorino -- who was not a target fans were lining up for a month before -- all of a sudden made a lot of sense in Boston, contextually. Rather than blow things up further, or go all in once again just months after achieving a level of flexibility Boston hasn't seen in a few years, the Red Sox straddled the middle, signing players like Victorino to lucrative -- but short-term -- contracts that could help bridge the current Boston club to one powered by the next wave of Red Sox, courtesy the farm system.

Of course, for Victorino to work properly as a piece on the current Red Sox, he will need to perform. Now 32 years old, he might no longer be an every day center fielder, but he's a step ahead of the depth the Red Sox had at the position in 2012, and, more importantly, should still be a fit in a difficult right field at Fenway Park. If he slows down further defensively over the life of the contract, he could always be moved to left field, where there is not only less ground to cover at home, but the offensive expectations are also lower than in right.

Just predicting eventual doom isn't very fair to Victorino, though, given that, even in a down 2012, he was still a better-than-average player thanks to his baserunning and glove. All three of Fangraphs, Baseball Reference, and Baseball Prospectus rated Victorino between roughly two-and-a-half and three-and-a-half wins above replacement. While he gets a little extra love for positional adjustments from those thanks to playing center, the important thing to note is that even a disappointing year from Victorino was productive: if he bounces back to his pre-2012 form even a little, Boston should be in for a treat. Projection systems like ZiPS and PECOTA have Victorino essentially repeating last year, with a season of about 2-3 wins. That seems like a reasonable enough middle ground, with realistic potential to be better than that.

Now, "better than that" is no guarantee: were it, he would have signed for much more than he did, and likely with another club. However, he should be quite the fit for Fenway Park at the plate, and that could be what justifies the whole move from Boston's side even if he doesn't rebound completely in a neutral context. 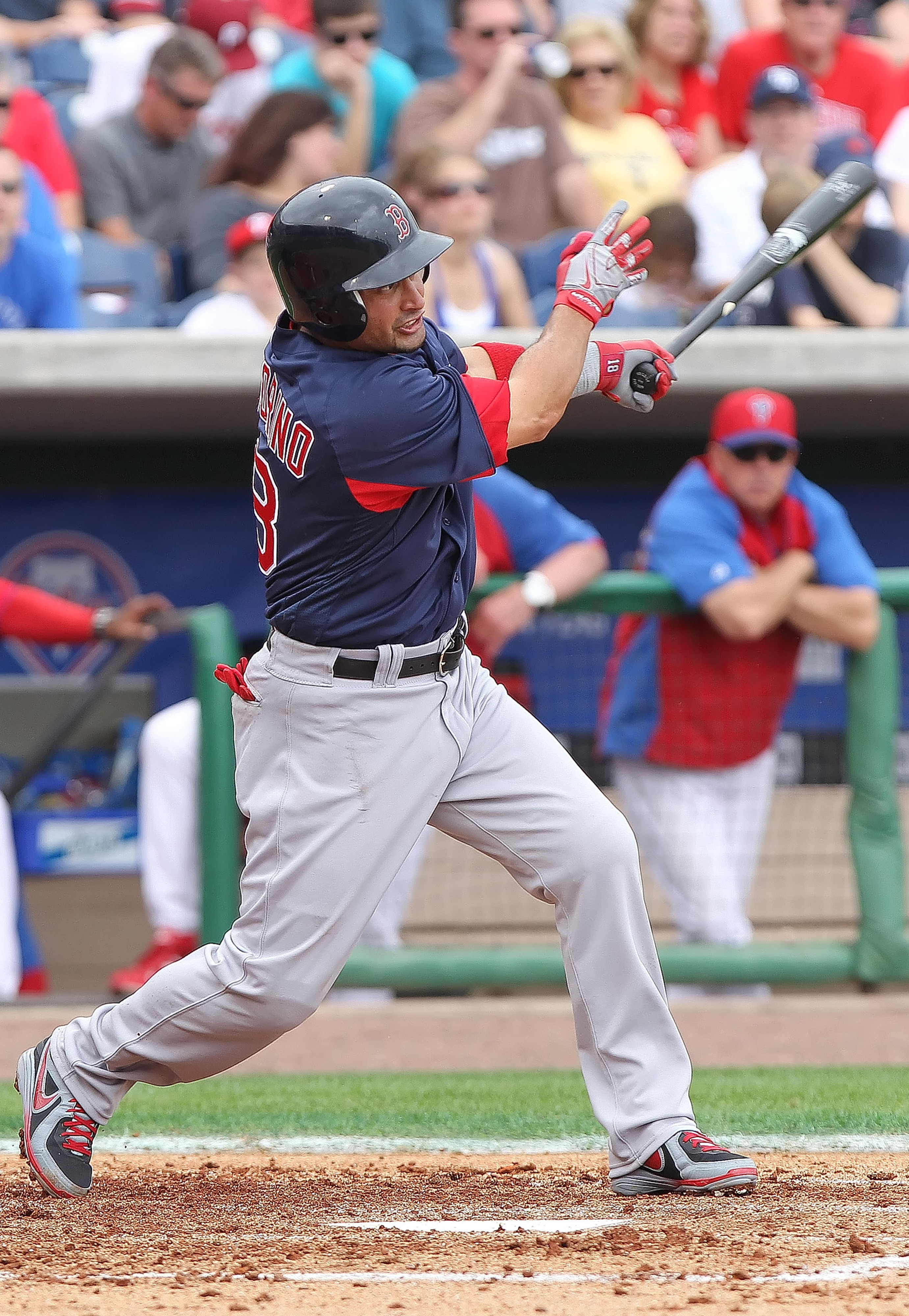 Shane Victorino's fits in with Boston's strategy this off-season: signing players who will benefit from Fenway Park.

While not as obvious as fellow free-agent-signee Mike Napoli, whose all-fields power -- but especially his pull power -- is ideal for his new home, Victorino is also a fit for Fenway. This is hidden a bit by the reputation of his former home, Citizen's Bank Park in Philadelphia. While portrayed as a hitters' heaven, it mostly just boosts left-handed home run power, and at the expense of other extra-base hits. Overall, it's fairly neutral, but makes the more noticeable and explosive of offensive attacks occur more often.

Fenway, however, boosts doubles and triples from both sides of the plate -- an important point for the switch-hitting Victorino -- while reducing home run power from the left side. Victorino stands to spend much of his time at Fenway on the left side, given right-handed pitchers throw roughly three-quarters of all innings in the majors, but thanks to the massive boosts in triples and doubles, no one is going to notice if he hits a couple of home runs fewer than he did while with Phillies.

We haven't had much of a chance to see this with Victorino in spring training, at the faux Fenway JetBlue Park in Fort Myers. He's had only 32 spring at-bats thanks to participating in the World Baseball Classic for Team USA, so we haven't seen any kind of real preview of what he'll be like, as we did with Cody Ross last year and Mike Napoli this spring. The advantages are in the park's dimensions, though, and once Victorino settles in with Boston in the regular season, it should be plain to see why it was the Red Sox signed him rather than a different outfielder to bridge the organization's present with their future.