Checking Up On Some Old Friends

Looking at how some former Red Sox players are faring in their new environments.

Share All sharing options for: Checking Up On Some Old Friends

There has been a lot of turnover on the Red Sox roster over the last couple seasons. I'm not sure that's really all that unusual. In fact, I'm pretty sure it isn't, but at least over the past calendar year there has been some large names moving out of and into (though mostly out of) Boston. I don't know about you but I always pay attention to how former Red Sox do after leaving Boston. I know it's early but here's how some of those guys doing in their new homes.

A bunch of the roster turnover in Red Sox-land came courtesy of what we're all calling The Nick Punto Trade; that is the trade that sent Adrian Gonzalez, Josh Beckett, and Carl Crawford to Los Angeles. Oh yeah, and Nick Punto. Beckett managed to give up a homer to the first batter he faced in a Dodger uniform, but that inauspicious start gave way to some decent pitching, or at least decent results.

Those are Beckett's stats last season in Boston and LA. As you can see, the numbers are remarkably similar with the exception of the strikeouts and thus the ERA. Maybe pitching in the NL West against the somewhat-easier-than-the-AL-East Rockies and Padres helped a bit, or maybe just getting out of Boston was a part of it too. In any case, Beckett was a much more effective pitcher in LA last season. Whether he was a better pitcher or not I leave to you, gentle reader, to decide.

This spring has brought more of the same for Beckett. He's K'd 11 and walked three in 9.1 innings so far. There's a good chance he can still be a mid to upper level starter for the Dodgers and considering the presence of Clayton Kershaw and Zack Greinke, he won't have to carry the rotation.

Beckett and Crawford, who I'll cover presently, were the cost of obtaining Gonzalez. Adrian was the guy the Dodgers coveted and it looked like things would go the Dodgers way when Gonzalez homered in his first at-bat. After that things did, in fact, not go the Dodgers way as Gonzalez hit a weak-for-a-first-baseman .297/.344/.441. This spring he's been up and down. He's crushed it in the World Baseball Classic, hitting for an OPS of 1.571, but with the Dodgers it was not quite at that level as he hit .182/.333/.182 in nine games.

None of this really means much; we know Gonzalez is a hitter of tremendous skill. The issue is whether he's going to be the 35-to-40 homer .900+ OPS menace that he was in San Diego and in flashes with the Red Sox, or whether at 31 his skills are on the decline. I think it's likely he's not declining significantly and just had a rough last season in Boston (who didn't have a rough last season in Boston?), but given the season he's coming off of, it's not an unfair question to ask. He's signed through 2018 so that the question gets to be asked at all has to be a bit concerning to LA. This year should go a long way to dictating how good a trade the Punto deal was for the Dodgers. If Gonzalez slugs .441 again it's going to be awful hard to look at it as anything but a mistake. 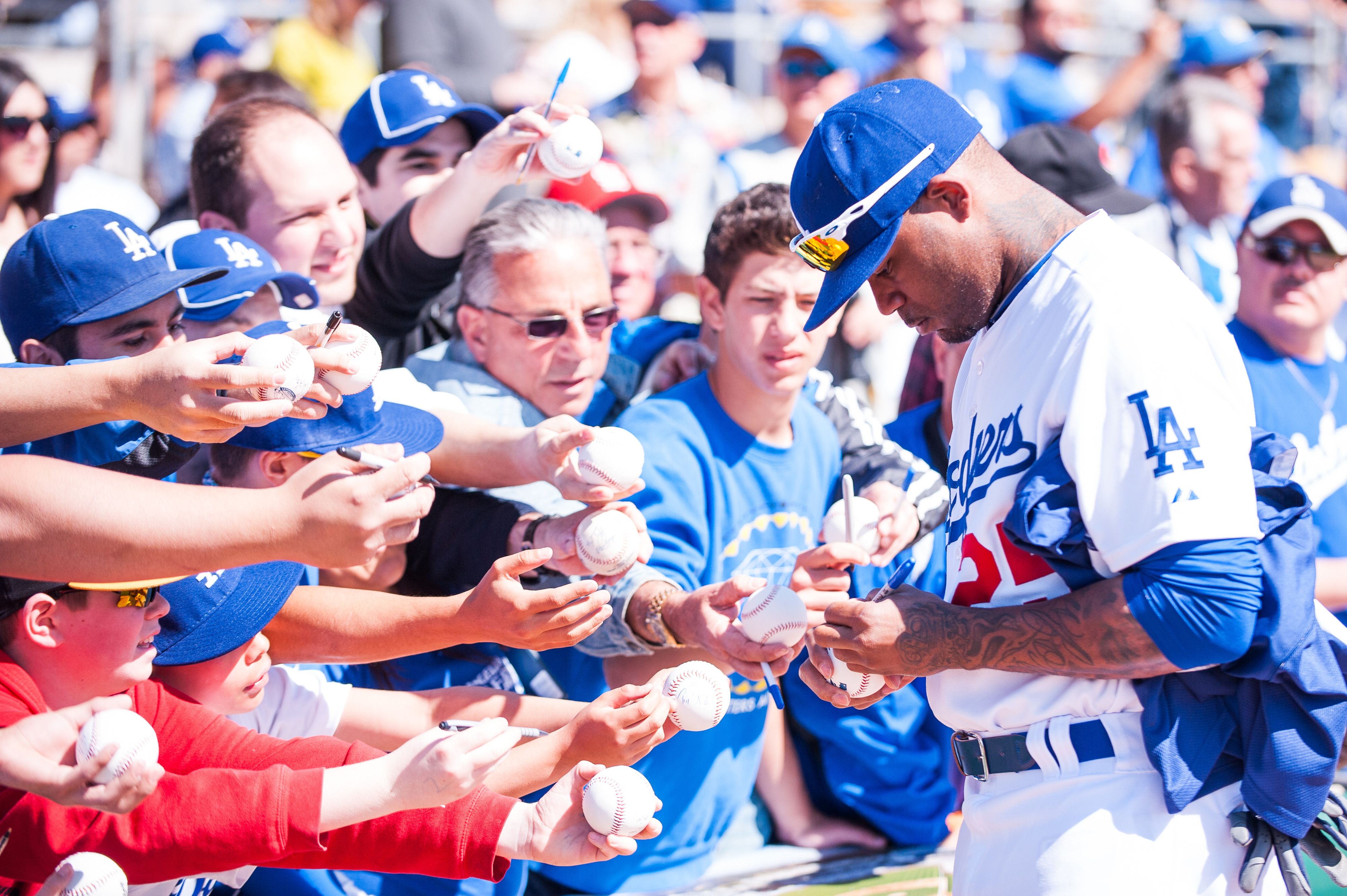 The last of the Nick Punto Trio (not counting, of course, Nick Punto), Crawford has yet to reach the field for LA. He recently had a set-back in his return from Tommy John Surgery, but apparently it was only a minor one as yesterday he got six at-bats in a minor league game. Still, it's an open question as to when Crawford will put on a Dodgers uniform in anger. The guess here is, barring any unforeseen injuries popping up, Crawford suits up for LA before April is out. What he does on the field is another question but at this point LA has to consider just getting him there to be a victory.

When Francona came out of the ESPN booth to join the Indians I wrote about it at Baseball Prospectus:

...unless the Indians invent a new way to acquire talent, they’re probably looking at some leaner seasons on the horizon. Those seasons are likely going to be lean whether or not Terry Francona is the manager. That’s fine for the Indians, but it makes Cleveland an odd choice for Francona. Maybe he thinks he can coach ‘em up, or maybe he’s been assured the team is going to buy on the free agent market, or maybe he just wants to work. There’s nothing wrong with that, and picking a place he wants to be over one where winning is more easily attainable is admirable. But I’m surprised Francona isn’t able to do better.

As it turned out the Indians did open up the wallet a bit, signing outfielders Nick Swisher and Michael Bourn. Both figure to be big upgrades on their replacements, but neither is a pitcher. In any case, I'm certain Francona will do a great job with the Indians. Whether that results in a division championship or anything greater is, to me, the open question. The weakness of the AL Central division and the young talent on that team (they actually don't have that bad a lineup) make them a potential surprise contender this season. That remains to be seen, but if anyobne can coach 'em up, Francona can. 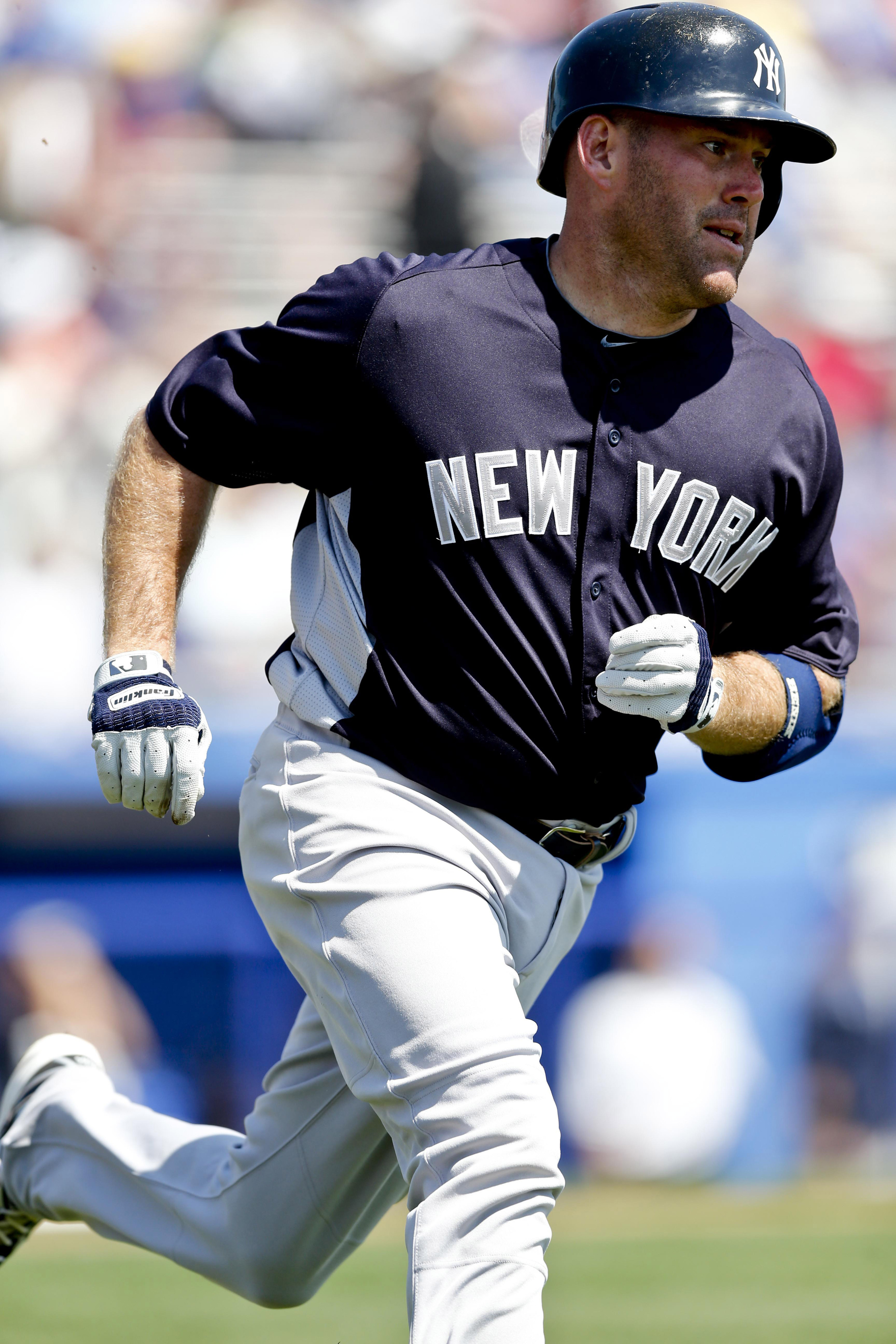 Oddly enough one of the players he may be coaching up is our old pal, Dice-K. The mercurial pitcher signed a minor league deal with Cleveland and has pitched surprisingly well (of course) in spring training (two runs in eight innings and only one walk, though only three strikeouts). Considering the Indians lack of talent in the rotation, there's a fair chance Matsuzaka may make the rotation. Of course the Indians also have Scott Kazmir who has eight strikeouts and one walk in the same eight innings vying for the same fifth starter spot so it's possible Matsuzaka will have to make due in Triple-A or figure out how to warm up in under a half hour so he can pitch out of the bullpen. The Indians, for what it's worth, don't have Matsuzaka listed in the rotation's depth chart on their website, but that might be because he's not on their 40-man roster (he's a minor league non-roster invite to spring training).

Finally, we close with Youk, who sadly (to me, at least) signed with the Yankees this past off-season. There has been talk that Youk is on the decline and his career numbers do point downwards, but I'll always be a believer. Maybe it's the wine talking. His spring numbers (all 19 at-bats worth) have him hitting a robust .263/.318/.789, though that's mostly the product of hitting two homers. Not that that's a bad thing. With Mark Teixeira and Curtis Granderson missing significant time with injuries and Derek Jeter coming back from a serious ankle injury, not to mention who knows what New York can expect from Alex Rodriguez this year (other than to pay him $28 million), much will be not just expected but needed from Youkilis if the Yankees are to contend in the East.