The prospect topic of the day across Boston seems to be Christian Vazquez. More specifically, his impressive arm, one he uses to throw out opposing baserunners with an ease that belies the nature of the skill. Both Alex Speier of WEEI and Tim Britton of the Providence Journal took a look at Vazquez's past and potential future at their respective publications, and just for good measure, we'll toss our quotable hat in the ring as well.

First, some background from Speier, on how Vazquez got to be the defensive catcher he is, at such a young age -- Vazquez is just 22 this year, yet is in Double-A with some big-league caliber defensive skills. When Vazquez was all of eight years old, his father brought him a video tape from Ivan Rodriguez, a defensive wizard with a strong arm behind the plate. Vazquez, in his own words, tried to be a "mirror" of Rodriguez, in terms of his movements, in order to best recreate the abilities of one of baseball's most impressive defensive backstops. These days, he trains with two of the present-day game's best in the brothers Yadier and Jose Molina, who, like Vazquez and Rodriguez, are Puerto Rican catchers as well.

This has all led to Vazquez registering a 1.77 second pop time while throwing a runner out at second. That's not unheard of, but it's also about as fast as humanly possible:

"IWhen I saw the video, I said, 'Holy smokes.' That was pretty awesome, " said Sox roving catching instructor Chad Epperson. "I'd never seen [a throw] in the 1.7s. That's not saying it's never happened, but I'd never seen it. I [looked at Vazquez's throw] on videotape and it was 1.77. Pretty impressive. Pretty impressive. I've gotten him at 1.8s several times. It's gotten to the point where if I get a 1.94, I'm like, 'What went wrong?' But he takes pride in that. From ball to hand, glove to hand, his feet work really good together, the dots connect, he's capable of it."

So, Vazquez's arm is special, and that's in part because he's been working on honing his footwork and arm strength for longer than he hasn't in his life. It's also not the only thing Vazquez can do, as he's ahead of the curve with calling a game and framing pitches as well. From Jason Wood, Vazquez's manager in the Arizona Fall League, via Britton's report:

"He retains a lot of information that's thrown at him and that he finds out about the pitchers he's seen one or two times," he said. "He can retain that, take it all in, work with them, find out what their strengths are and put down the right signs. He's got leadership skills where he can go out there and calm a guy down. He does well with everybody."

That jibes well with what scouts have to say about Vazquez's ability. Bradley Ankrom, who ranked Vazquez #15 in his prospect list for Over the Monster, thinks highly of his defensive skills. "The Sally League has a way of setting unreasonable expectations for hitters. He won't be that guy (.280/.350/.500) again, but with his defense he doesn't need to be." This is something that more of the league has been coming to realize of late, too, that catcher defense is a highly underrated aspect of the game. It's the primary reason why Vazquez was protected from the Rule 5 draft this past November, despite being multiple levels from the majors with barely any time at Double-A to his credit. 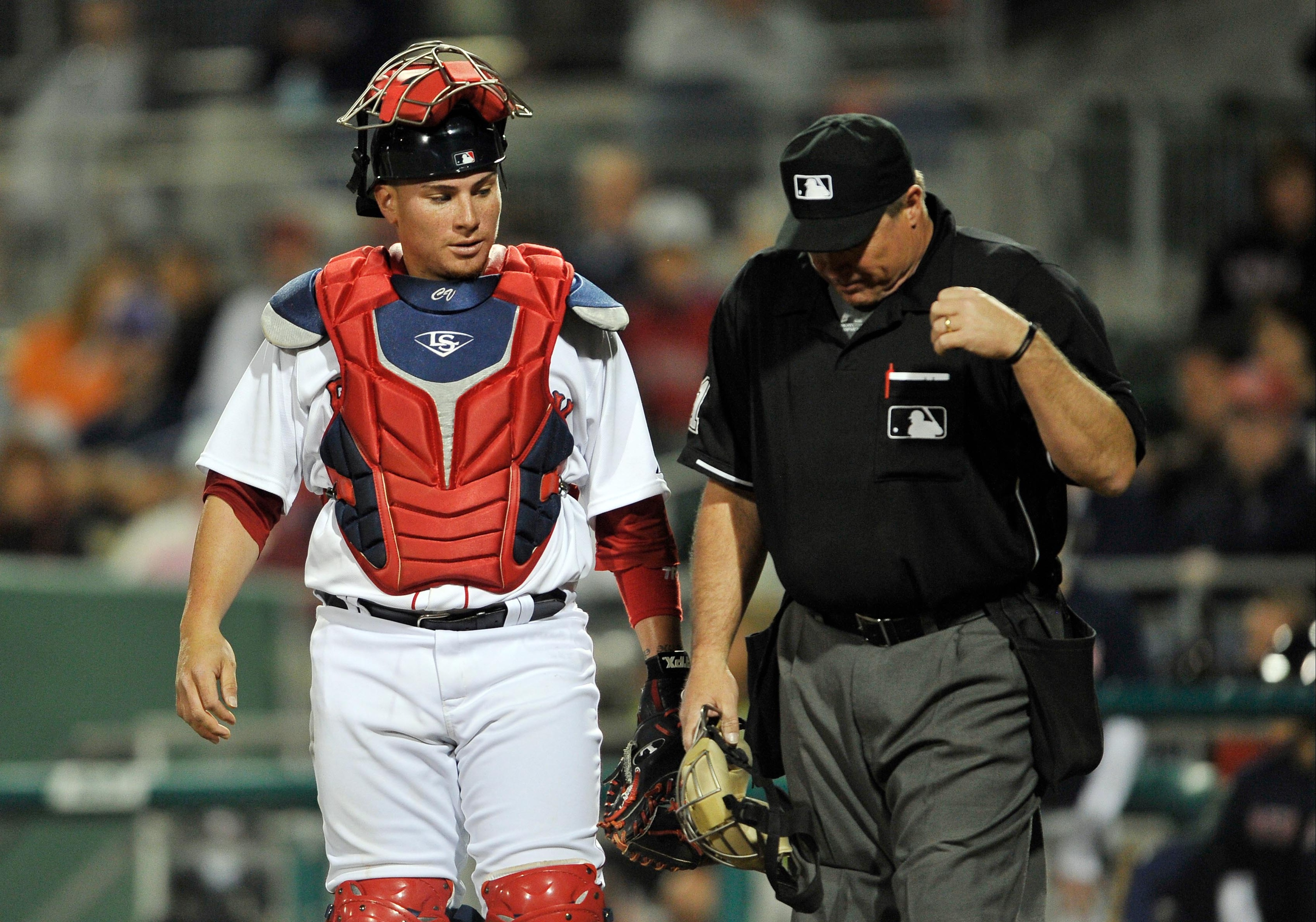 Christian Vazquez is one of the 15 best Boston prospects, according to Bradley Ankrom

Given this, Ankrom thinks Vazquez could very well hit enough to be useful. "At the plate, he has an aggressive approach, but manages to make a respectable amount of contact. He doesn't have great pitch recognition skills, but he does have a plan, and I think he'll be able to maintain his ~10% walk rate as he moves up. He has solid gap power, but doesn't run well enough to expect a whole lot of extra base hits. He has fringe-average raw power, but It's probably closer to 40 than 50."

It's defense that will carry him, though, even if the best-case scenario occurs for him at the plate. "The pop times -- regularly in the 1.8-1.9 range -- are what get the headlines, but Vazquez's mental awareness and instincts are equally as impressive. He handles pitchers well and reportedly has a knack for pitch framing. He's a very hard worker with strong leadership skills, though he does suffer from the occasional mental lapse (what 21-year old doesn't?). Overall, I think he's a very good bet to develop into at least a solid major-league backup catcher, with an outside chance at starting for a second-division club."

In a league where Kelly Shoppach is paid seven figures to be replacement level or worse, and Guillermo Quiroz's career OPS+ of 42 logs eight seasons with major-league playing time, and basic catch-and-throw backstops like Luis Exposito can end up in the majors for multiple teams, that projection by Ankrom is a more welcome sight than it might sound like at first -- especially when you consider the Red Sox have employed all three of those unimpressive gentleman in the majors over the last two years. Vazquez might not be a star, but if he can hit just a little bit, he'll be a valuable piece of the Boston puzzle in the future, at a position where the Sox have more questions than answers as of late.