For the 2014 Red Sox, the plan remains the same

The Red Sox might seem set to take a step back. But does the 2014 edition really look so different from the one that won it all in 2013?

Share All sharing options for: For the 2014 Red Sox, the plan remains the same

In the 2012-2013 offseason, the Red Sox signed Mike Napoli, Shane Victorino, Stephen Drew, and Ryan Dempster to fill the biggest holes on their roster. In an offseason with more money available to them than we've seen in recent memory, the front office chose to avoid the marquee moves, diving into the second, even third tier of available players.

To say that the strong seasons put up by the three position players in question was a matter of luck is, on some levels, true. But it's not a fair truth. To leave it at that would be to ignore that this was the exact plan of the Red Sox front office. They planned to put their hopes in luck, which sounds bad, but actually makes perfect sense. Making a surefire contender out of the wreckage of the 2012 team was simply not a realistic goal. The only way to really get close would be to jump right back into huge contracts with players like Zack Greinke, Anibal Sanchez, and hopefully not Josh Hamilton or B.J. Upton.

So instead they took a gamble. One which could have seen them fall well short of the playoffs, or--well, we all know what actually happened. The Red Sox targeted free agents who, if everything went right, would be worth well more than their contracts would have you expect. And by lucky we're not talking about BABIP or anything like that where anyone who can make contact can run into a lucky season. We're talking about talented players with big question marks. Will Stephen Drew stay healthy? Are Shane Victorino and Mike Napoli in serious decline or did they just have down years? The Sox knew if they missed on those bets they'd likely be a pretty bad team. If they hit, though, they could easily be among the best.

That plan has not been available in free agency this year. Carlos Ruiz and Carlos Beltran maybe offered the best chance for that sort of thing, but both have three-year deals now, and at their age, that doesn't really translate to the three years the Red Sox offered Victorino. A.J. Pierzynski certainly doesn't have much in the way of upside, and there's not much expectation Mike Napoli will do better in 2014 than he did in 2013. 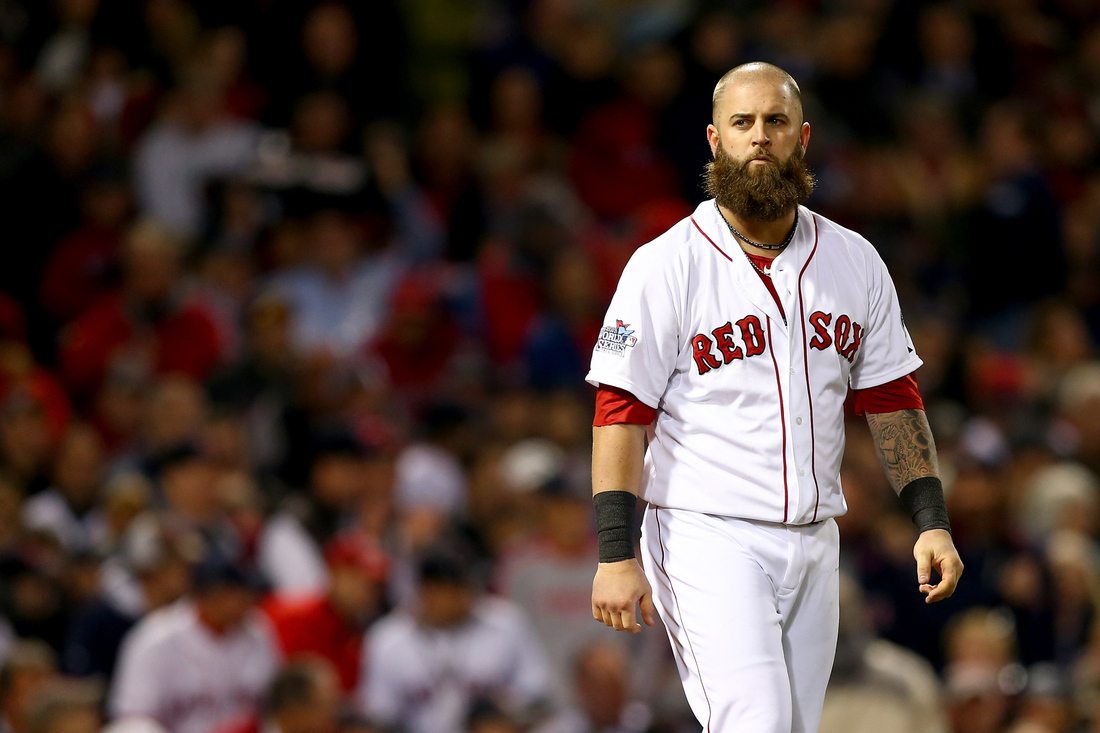 But don't be fooled, the Red Sox are on the same plan for 2014. The variance just comes from a different place: young players. Look at these lineups for the Red Sox:

The only thing that really sticks out to us as a negative in the 2013 lineup is Will Middlebrooks. But look at that through pre-2013 eyes and you might well see...

Even looking through rose-colored glasses, at least half the lineup had huge question marks. And the same is true of the 2014 lineup I proposed above.

Now, how might this look at the end of the year? Maybe Jackie Bradley Jr. is leading off, with his exceptional plate discipline making him an on-base threat much more quickly than Ellsbury. Maybe we're talking about a lifetime extension for Xander Bogaerts after an all-star season. Maybe Will Middlebrooks looks like just another player whose wrist injury lingered. Suddenly we're looking at A.J. Pierzynski as the only negative in the lineup, much as we're looking at Middlebrooks in the 2013 edition, and maybe he even comes up close enough to average in Fenway*. It doesn't take that much to take that 2014 lineup from sketchy to strong. 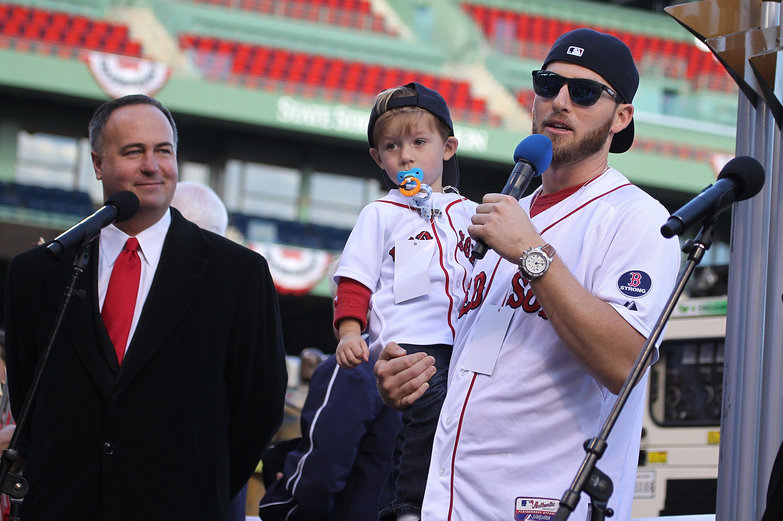 The hypothetical lineup is, of course, subject to change.

The point is that, if you're feeling uncomfortable about that Red Sox lineup, it's not because they've gone off the rails in any way. It's true that, coming off the World Series, you might expect to be a lot more confident in the batting order than you were coming off a season as awful as 2012. But the question marks we're talking about in Jackie Bradley Jr., Xander Bogaerts, and Will Middlebrooks are all ones that would have to be allowed to play out eventually, much like Dustin Pedroia had to be given the starting job at second base in 2007.

These are, in every sense of the term, growing pains. And if that's not what typically greets a team one year after winning the World Series, that doesn't mean they're something to be afraid of. In fact, they're exactly what we've been waiting for since the Punto deal 16 months ago. The only thing that's changed is our frame of reference, and to let that unsettle you would be to ignore just how closely this team's construction matches last year's.

*This is the nicest thing I will ever say about A.J. Pierzynski