Counterpoint: No, Jacoby Ellsbury is definitely a traitor

Back in the not-too-distant past, being a baseball player amounted to being more or less a well-paid indentured servant. Or perhaps it could have been compared to the spider dangling over the flame—Baseball Players in the Hands of an Angry Owner, if you will. The continued status of a player on a team was essentially a given, so long as they didn't get canned or traded. But the idea of being a free agent was tantamount to a scarlet letter in the days of the reserve clause: it meant you were unworthy of the team, and meant you were essentially adrift in an owners' market.

After Curt Flood, however, there was a tidal change in the economics of baseball: after earning enough service time, players could sign with whichever team was willing to pay them the most. It revolutionized the game, although in many ways not for the better. Without the balance of a salary cap, the teams that came from richer markets had access to top-tier players in a way that the smaller-market teams just couldn't hope to compete with. It required ingenuity and planning on the part of those markets to make it in a world where teams like the Yankees could muscle their way to one championship after another.

Of course, there was one other problem that could potentially arise: your favorite player this season could end up on your sworn enemy next year. In the past, it took Harry Frazee levels of incompetence and desperation to put Babe Ruth in pinstripes; a century later, it just takes a team willing to open its checkbook a few million dollars wider in average annual value to snare a player away.

The effect of this has reinforced the obvious fact that baseball is a business as much as it is the national pastime. It's an inescapable truth, that much as we would like to keep players we like on our team forever, there's the point at which they become unaffordable or simply can't be kept, because somebody wants them more.

Now usually, when a player departs for greener (richer) pastures, We thank them for their efforts, and wish them well in their new home—"So long, and thanks for all the hits." But there are limits. There are some lines that simply cannot, must not be crossed. At that point, business be damned—now it's personal. 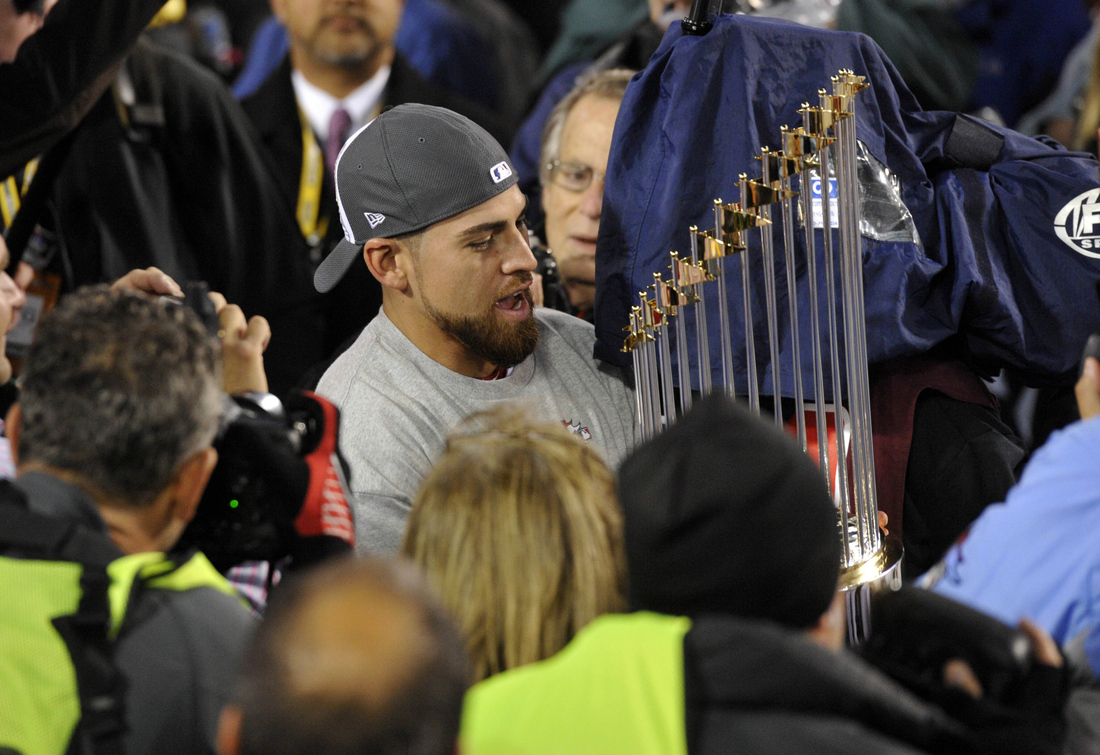 For a Red Sox fan, that boundary has traditionally circumscribed the Bronx: you could go anywhere you wanted so long as it wasn't to play for them. Once you donned the pinstripes, the Rubicon had been crossed. Goodwill meticulously crafted and inculcated over a period of years crashed and burned faster than the Hindenburg. Some might argue that the greater Tampa Bay area should now be added to list of forbidden regions, but the hatred just doesn't flow the same way. (Then again, we haven't had to deal with that particular problem yet, either—in significant part due to the tight-fisted budget schemes of that club's management. When they start spending like Steinbrenners, we can revisit this topic.)

I can accept that it's a business; I know players have every right to seek out top dollar. But that doesn't stop me from thinking of the Evil Empire as a soul-crushing environment destined to sap out individuality, freedom, and fun from the game in the pursuit of the almighty dollar. (For the Yankees, baseball is just another business venture.) I can still laugh at the SportsCenter commercial of Ortiz being rebuffed by Wally after donning Jorge Posada's cap, but it's nervous laughter at best. There's always the creeping doubt. The "what ifs" that eat away at the soul of every Red Sox fan: could Big Papi eventually find his way into the dreaded pinstripes? The thought is entirely too much to bear. It's as unthinkable as Tom Brady in Jets green, or Rajon Rondo going to the Lakers, or Tuukka Rask deciding to start minding the nets for the Habs. It's an affront to the spirit in a way that no other move could match.

Jacoby Ellsbury is no traitor 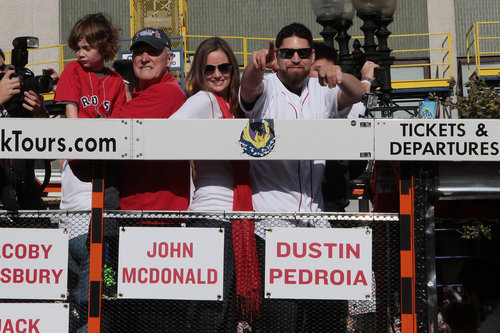 The other side of the argument

Thus, despite my desire to remain ever vigilant and rational in my devotion to the Sox and to baseball, I can't shake the impression in my mind of players Johnny Damon and now Jacoby Ellsbury as being traitors to the cause. Was the lure of a few extra million dollars really so powerful that it's worth it to go from a member of the Fellowship to being the darkest and vilest of the Uruk-Hai? [Editor's note: We will now hand in our sports blog credentials] Is the difference between $20 million and $22 million really so critical to a player's long-term financial security that it makes alienating essentially your entire fan base worth it?

So now I'm left hoping that yet another player I've rooted for decides to star in a revival of The Blunder Years, starring Carl Crawford, and to hope that his contract becomes a noose around the neck of the Yankees' flexibility for the next seven years (and beyond). Now instead of rooting for one of the most prolific and productive pilferers in Red Sox history, I have to root that every attempt ends up as a redux of Jeff Suppan and Prince Fielder combined. Instead of a good defender, I have to hope he decides to impersonate Manny Ramirez on a regular basis (the fielding Manny, not the hitting Manny). And most of all, I have to hope that 2011 Ellsbury was the ultimate flash in the pan, and that in reality, he becomes Mark Bellhorn without the walks or the clutch home runs.

I'll remember the good things he's done, and in particular the embarrassment he caused the Yankees, but as of now, that Jacoby Ellsbury is gone. And I don't like that.